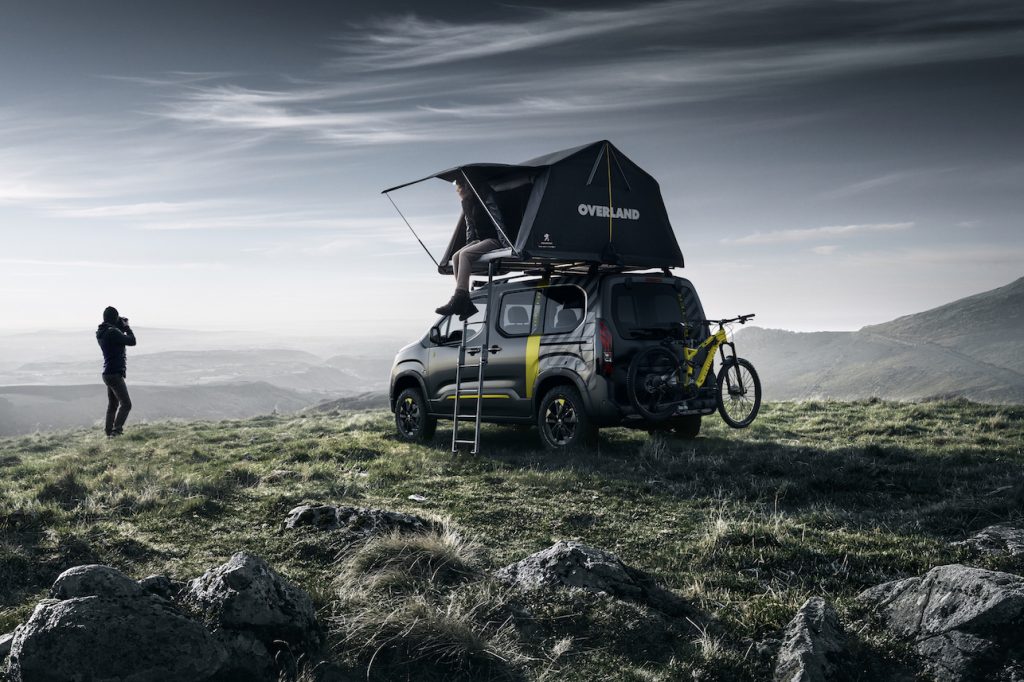 Peugeot have shown an adventure concept version of their Rifter. The Rifter 4×4 Concept is kitted out for overland adventures and unadulterated exploration.

The grey exterior with yellow accents adds a sporty feel to the seven seater, and there’s an interior to match. Seating has black alcantara inserts and contrasting bold yellow stitching throughout.

Working with Dangel, Peugeot have given the concept the four-wheel drive referenced in its name. It has selectable 4WD and the rear axle is lockable. The concept gets the 1.5-litre BlueHDi 130 engine and a six-speed manual transmission.

To make the little adventure wagon more, well, adventurey, the concept has an Autohome designed Overland roof tent, complete with simple assembly and a ready-to-go mattress.

For routes where the Rifter cannot fit, or when you want to feel the wind in your hair, the concept is accompanied by a Peugeot eM02 FS Powertube MTB. The electric mountain bike is a preview of the next generation of Lion eBikes, and has a double suspension and a battery concealed within the frame.

The concept poses a fresh and active approach to overland and off-road travel.

Do you like the idea? Let us know in the comments. 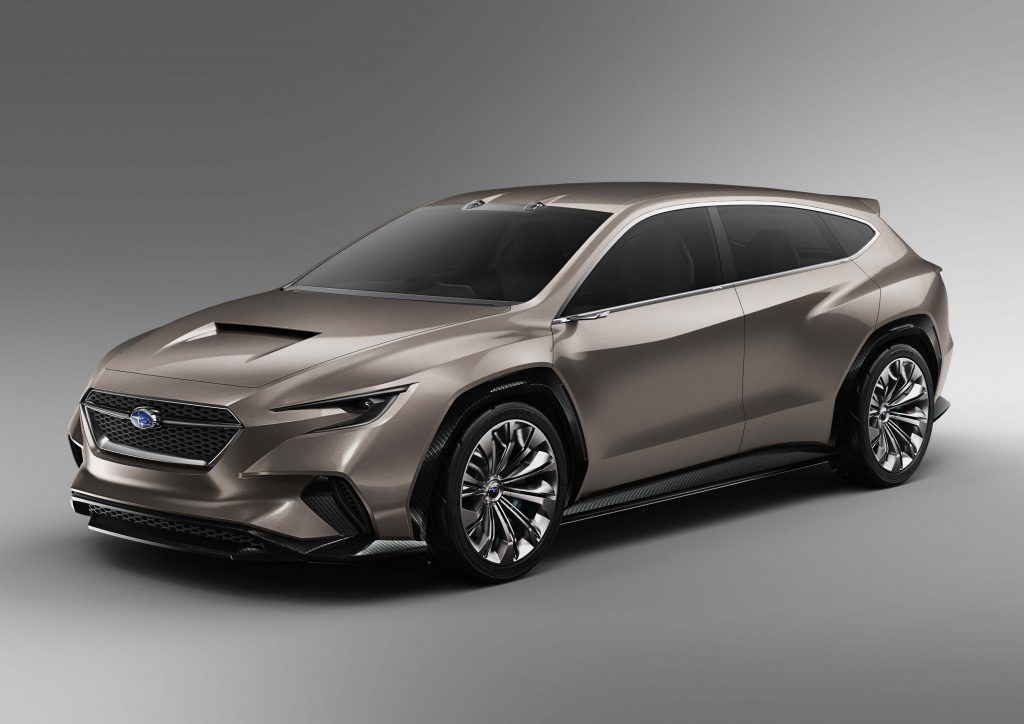 Subaru have revealed their Viziv Tourer concept for the first time at the Geneva Motor Show – an AWD touring concept akin to the active lifestyle and ready for autonomous tech.

The Viziv Tourer uses a symmetrical four-wheel drive system and a boxer engine, in a frame not much bigger than a current XV. Slightly shorter than the production vehicle, the Viziv isn’t as rough and ready, but has been equipped ‘a crossover mix of values to enhance active lifestyles’. Other than the four-wheel drive system, there’s not too much of an indication as to what these are, but given the brand’s form in practical, robust tourers, you’d be in the minority to doubt its practicality. 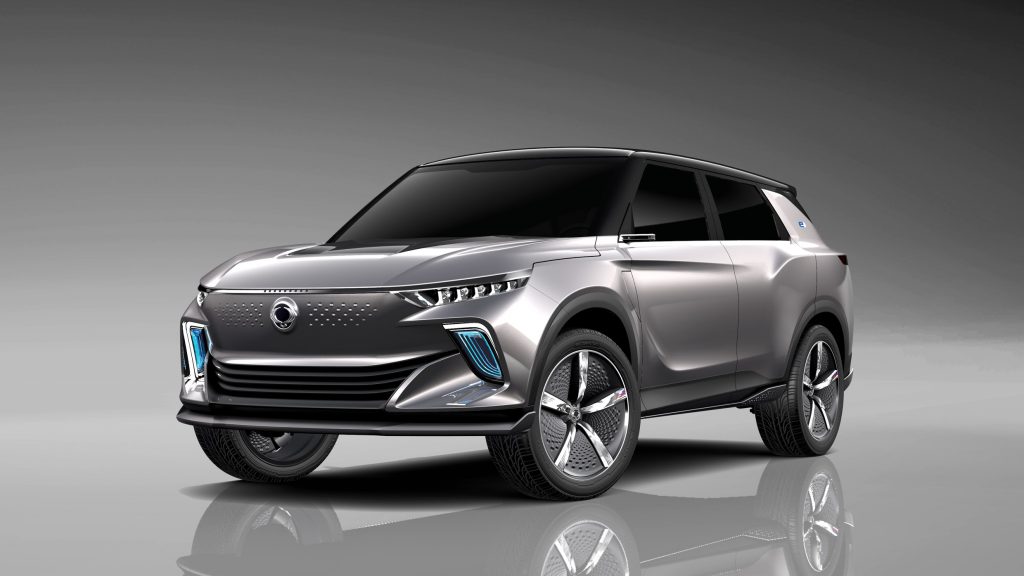 SsangYong have shown their e-SIV concept in Switzerland. The SUV is the fifth electric concept SsangYong have produced, and aims to combine efficiency, driving capability and an advanced approach to connectivity.

e-SIV stands for ‘electronic smart interface vehicle’, and the interior is aimed at ‘busy people’ and works with modern technology to become a ‘mobile communication space’. This will be achieved via a learning voice recognition system, internet connectivity and autonomous driving ability. 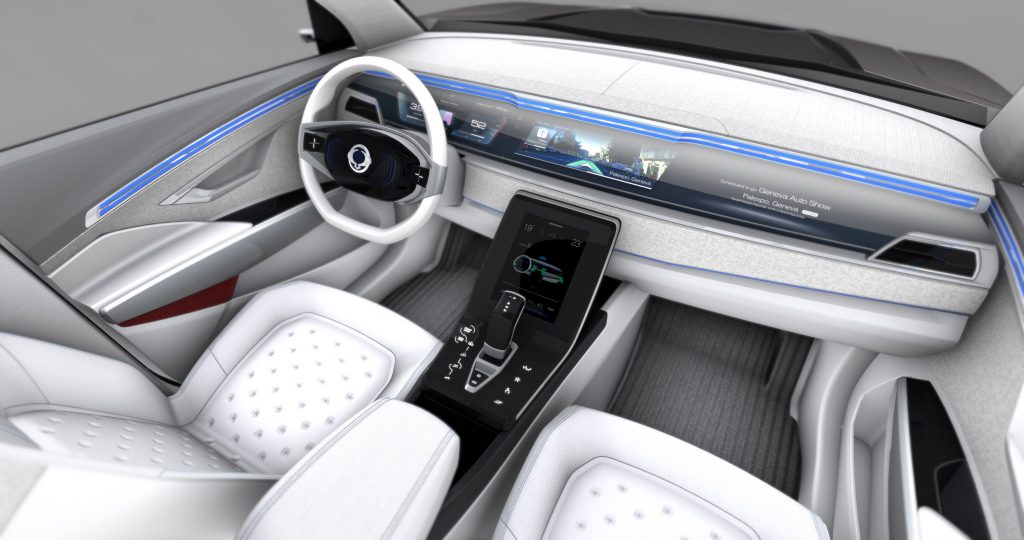 Aspects ranging from charging, infotainment and in emergency conditions even driving the vehicle could be controlled via a smartphone app.

The e-SIV would have a cruising range of up to 450km, and charging will take the battery from flat to 80% in fifty minutes. 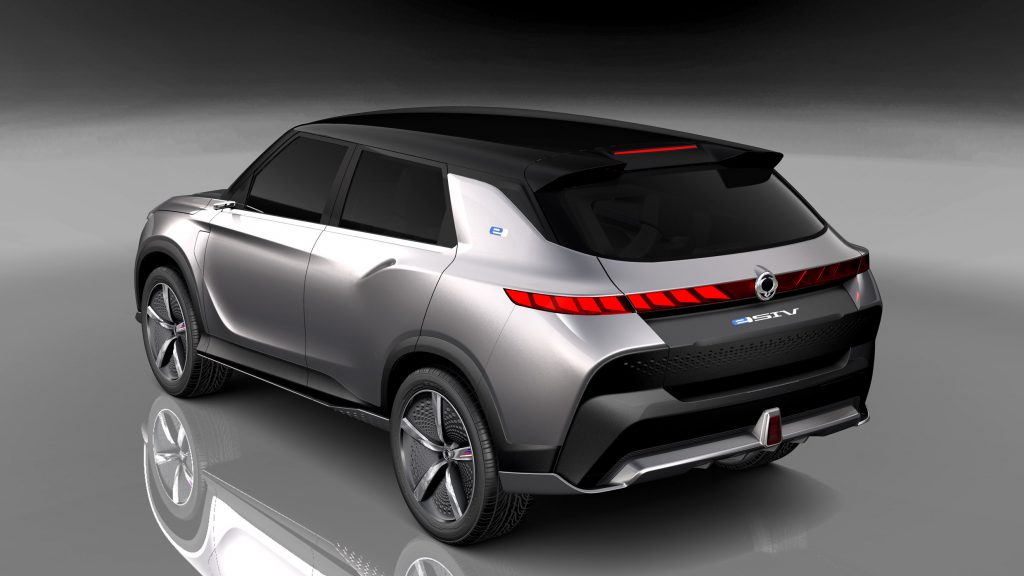 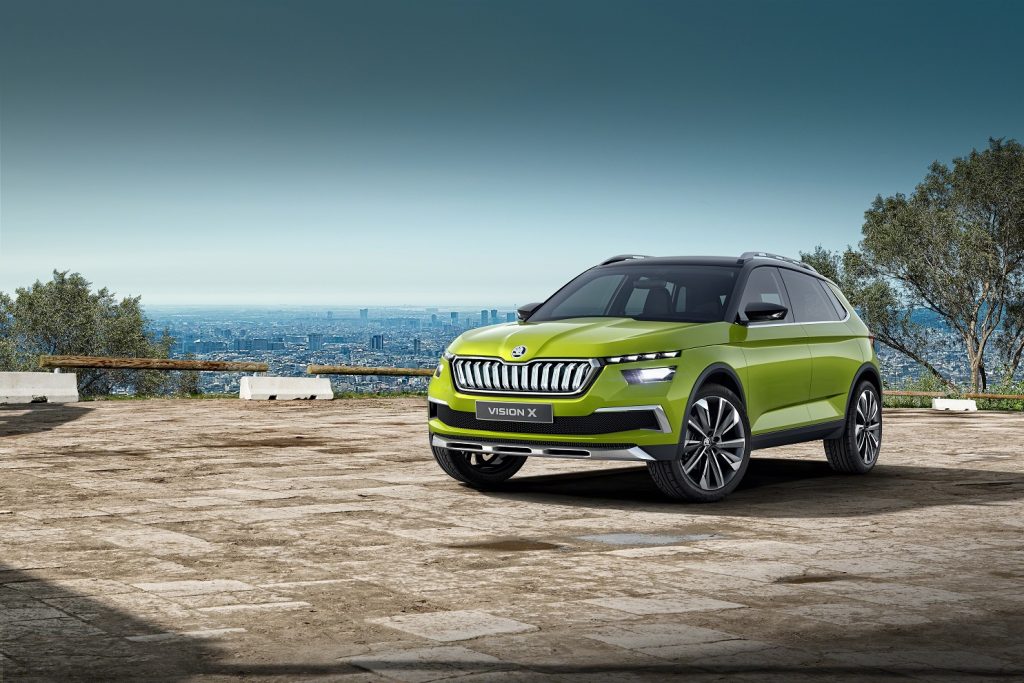 Skoda have revealed their concept SUV, the Vision X, at the Geneva Motor Show.

The concept is the first hybrid to wear the Czech company’s badge, and showcases a combustion engine that runs on petrol and naturally compressed gases (CNG) for the front axle, and is supplemented by electric motors powering the rear wheels. The 1.5-litre unit has been developed to work with CNG and is fitted with a turbo, resulting in emissions of a mere 89g CO2 per kilometre.  CNG units are considerably more efficient than their fossil fuel counterparts, and the G-Tec Skoda example is capable of using biogas – something that opens the possibility of carbon neutral emissions.

Alongside the green drivetrain, images of equally green bodywork have also broken cover, and the styling of the SUV shows a sporty advance on the current Skoda family look. The interpretation of a modern crossover is a hint at what a third Skoda SUV would be and also a look forward to the future of the brand – that has targeted a plug-in hybrid Superb for next year and electrification of the whole range by 2025.

The electric motor can offer 52lbf.ft in the rear axle on demand, which will be useful off-road and compliments the 130bhp and 147lbf.ft on tap from the drivetrain. It also utilises regenerative charging when braking or coasting to keep the power supply topped up.

With front, rear and all-wheel drive selectable, the Vision X is a versatile concept. That continues inside, with infotainment extensively available thanks to a wide dash, with a large glass-like display that rises from the centre console. The concept also previews systems that do everything from find parking spaces, offer ride sharing or vehicle rental and the Vision X will even pick the kids up from nursery when you can’t – or at least it would do.

To further the active lifestyle appeal of the Vision X concept, it’s boot is home to two electric skateboards, charging ports and a pair of helmets plus a drone to film the knarly kick-flips and grinds. In a sentence that could be taken from a budget adaptation of Transformers, the backs of the rear seats also detach and double up as spinal protection for skateboarding.

Concepts often feel like gimmicks to simply get people interested, but the plausibility of the Vision X, plus Skoda frequently referencing it as a study, give the impression that at some point, we might actually see something like this in production. 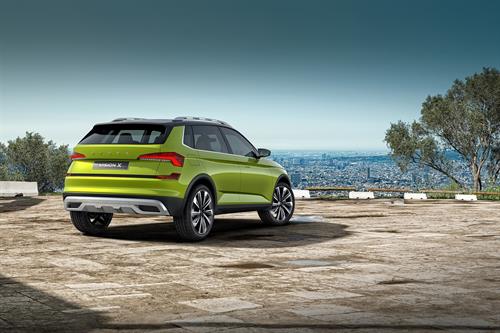 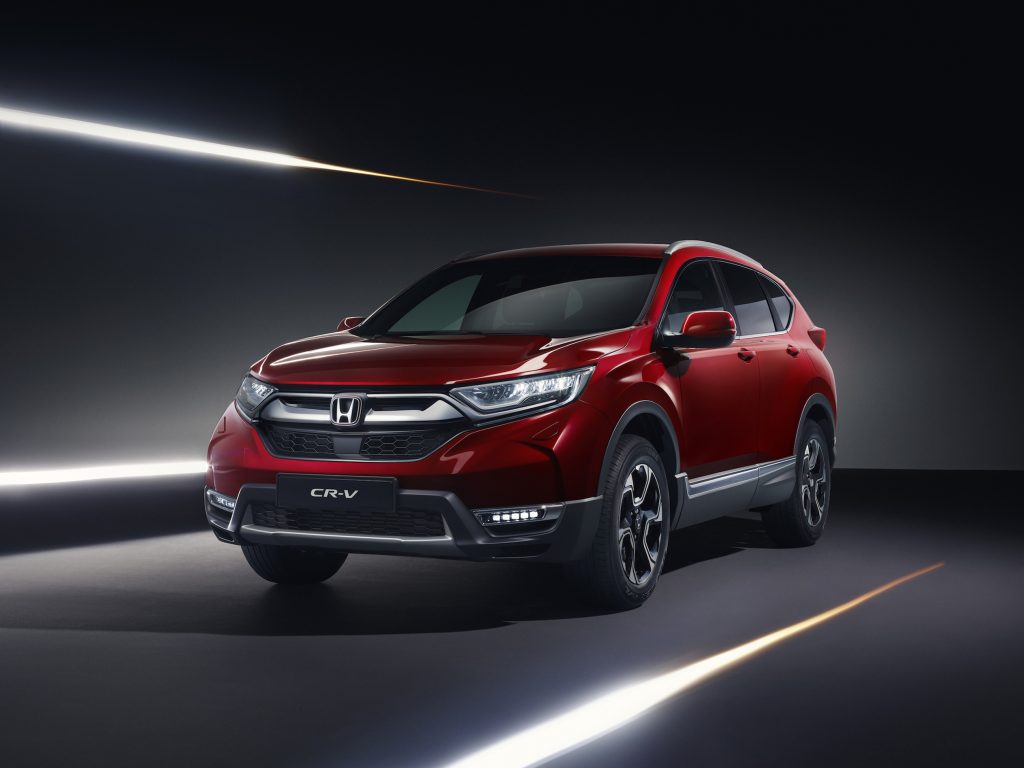 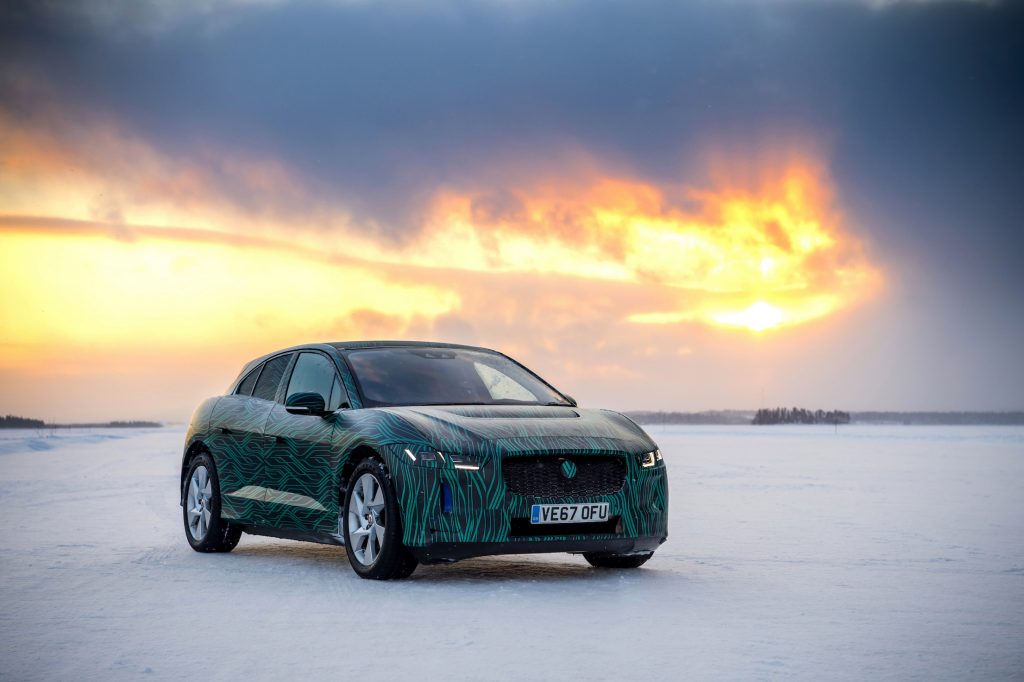 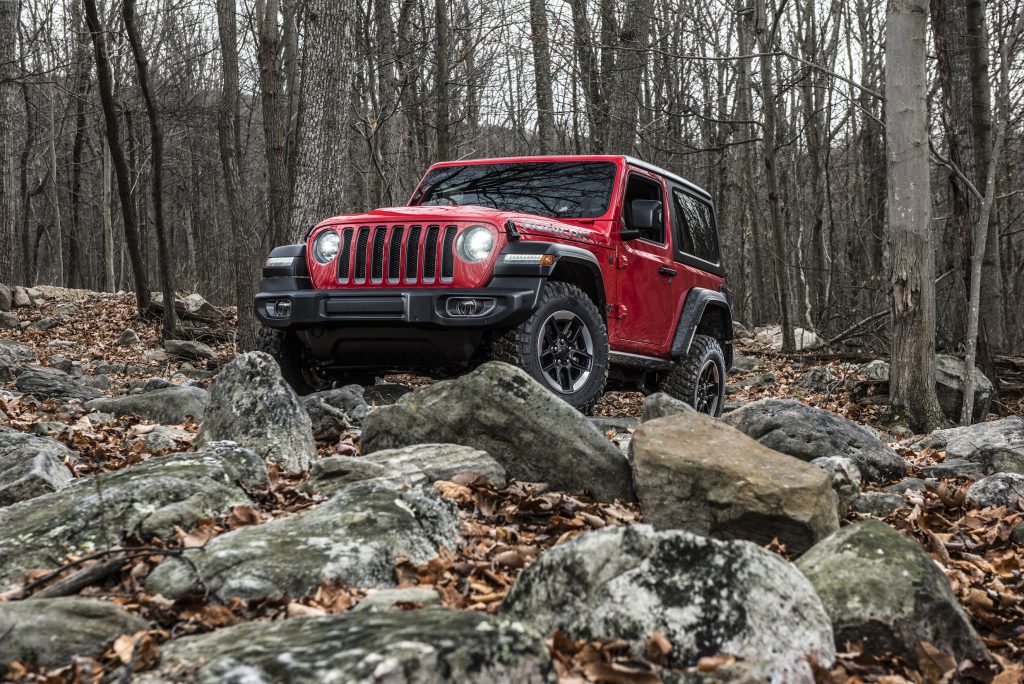 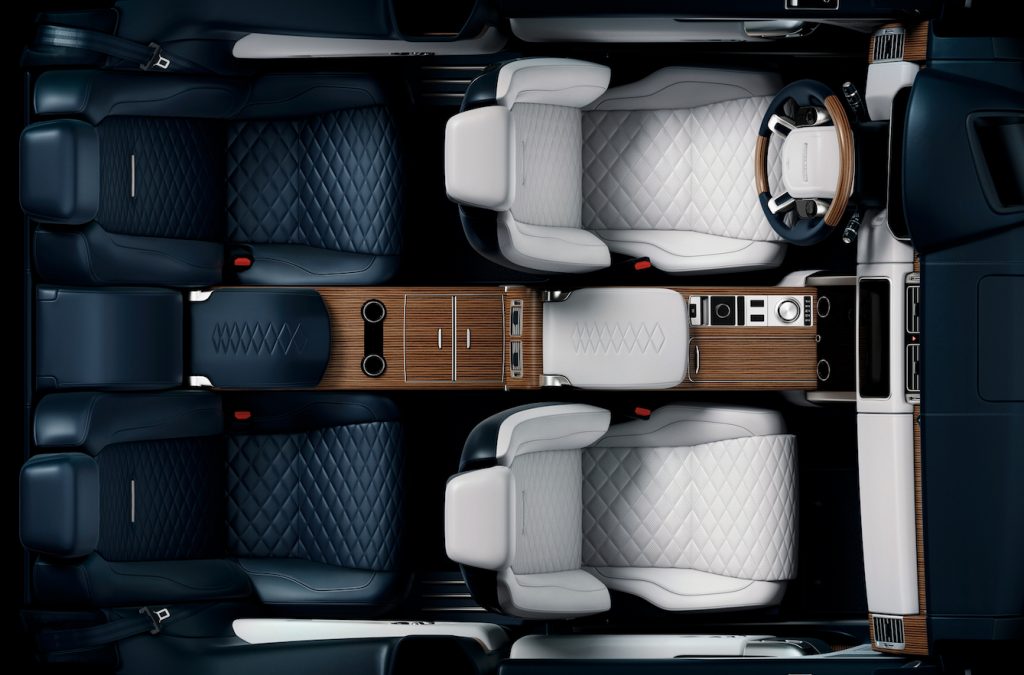 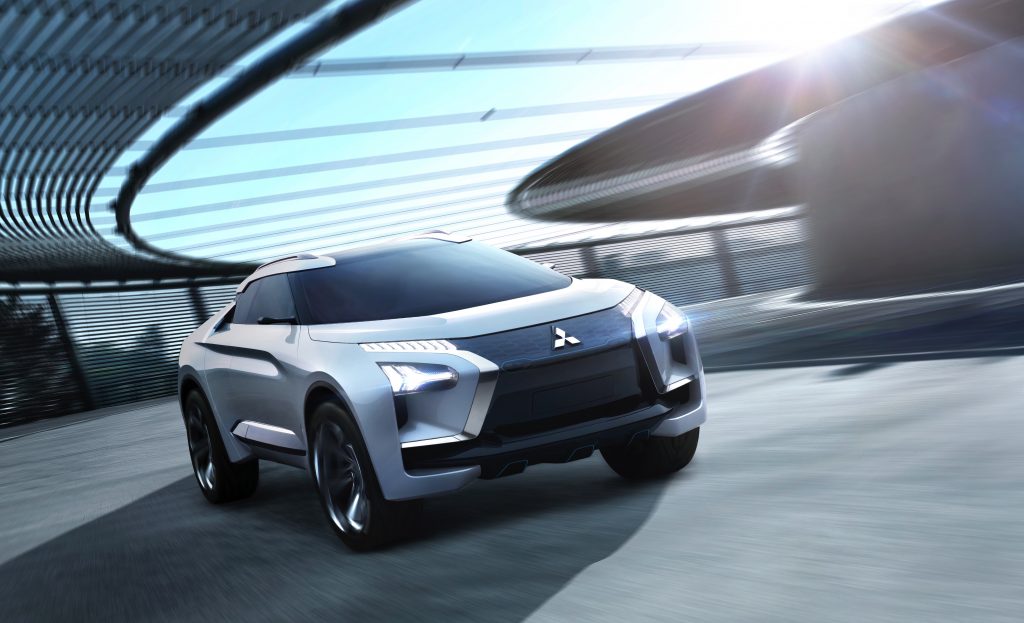 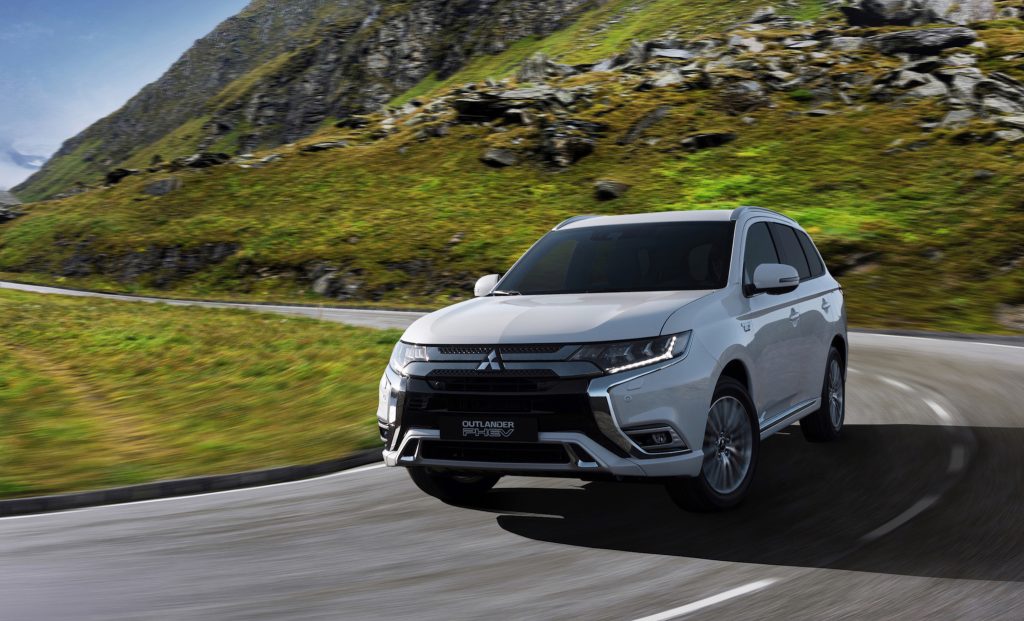 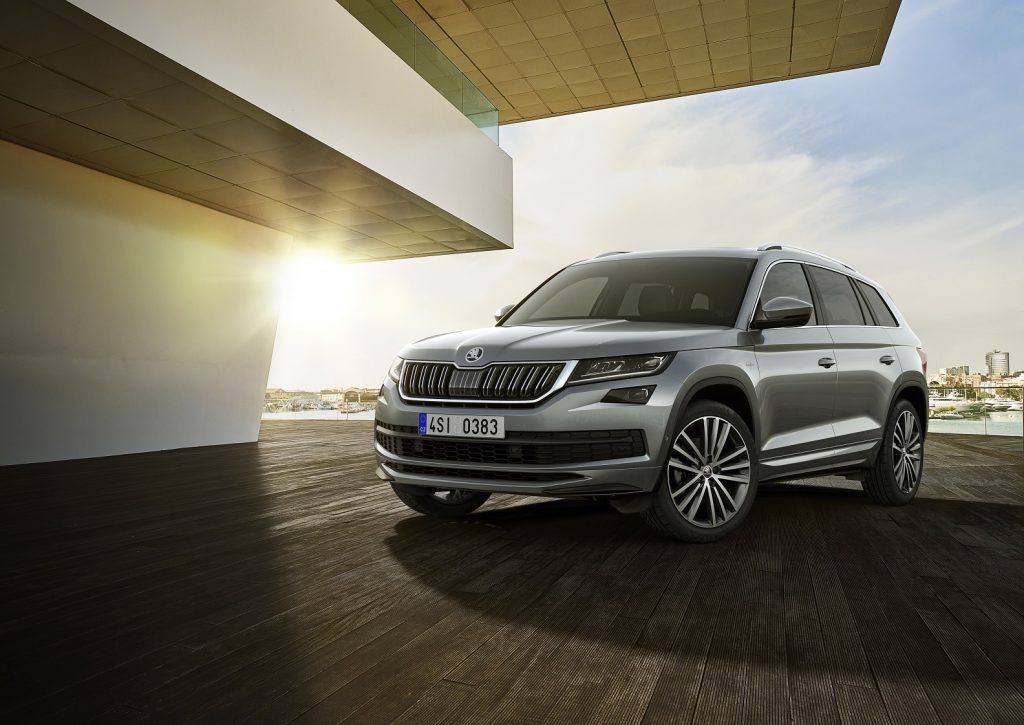 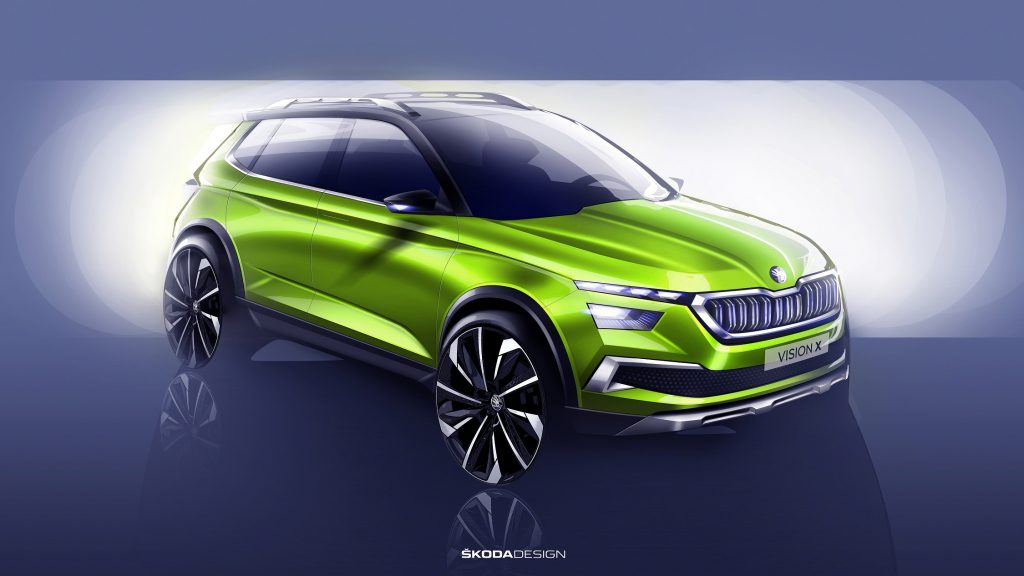 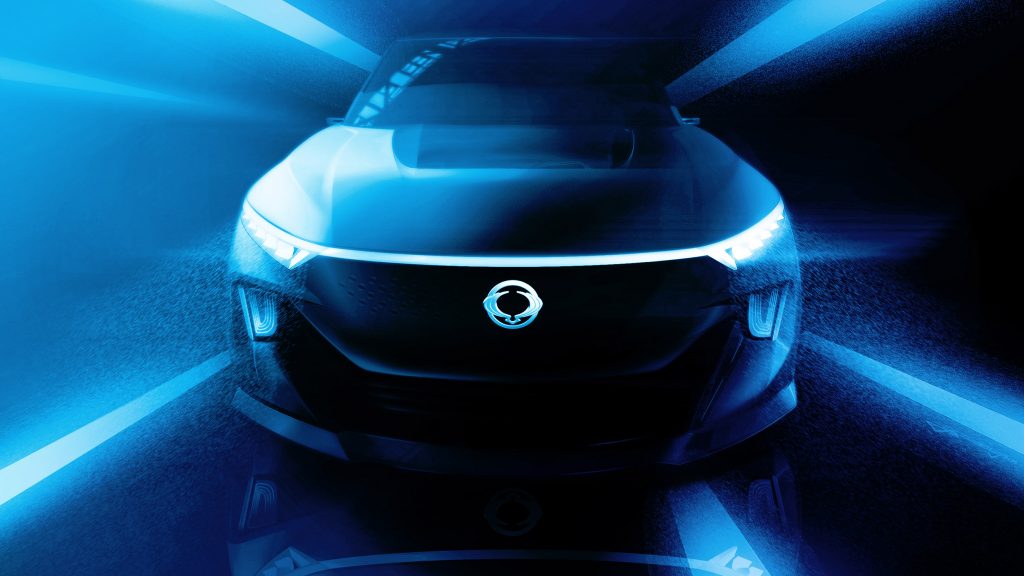 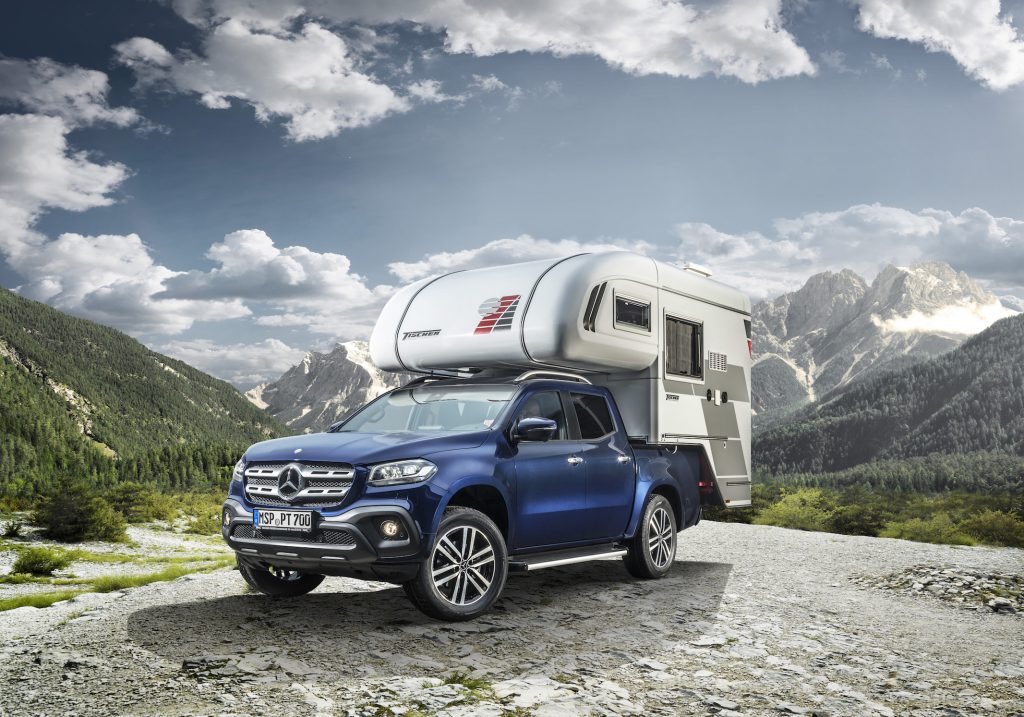 Shortly after the launch of the Mercedes-Benz X-Class, the German manufacturer debuted two new concepts for its new pick-up at the CMT Show in Stuttgart. Coming just two months after the production model was revealed, the concepts are a camper van conversion and a flatbed that’s home to a fully-fledged kitchen.

On the Merc stand, alongside three examples of the company’s Marco Polo family, were concept offerings from Tischer and VanEssa Mobilcamping.

The Tischer offering, which admittedly looks like a caravan, consists of a demountable cabin that houses a host of features. With just shy of two metres’ headroom, there’s space for a sleeping area, a kitchen with a three-burner stove, a trio of seats and an on-board bathroom. 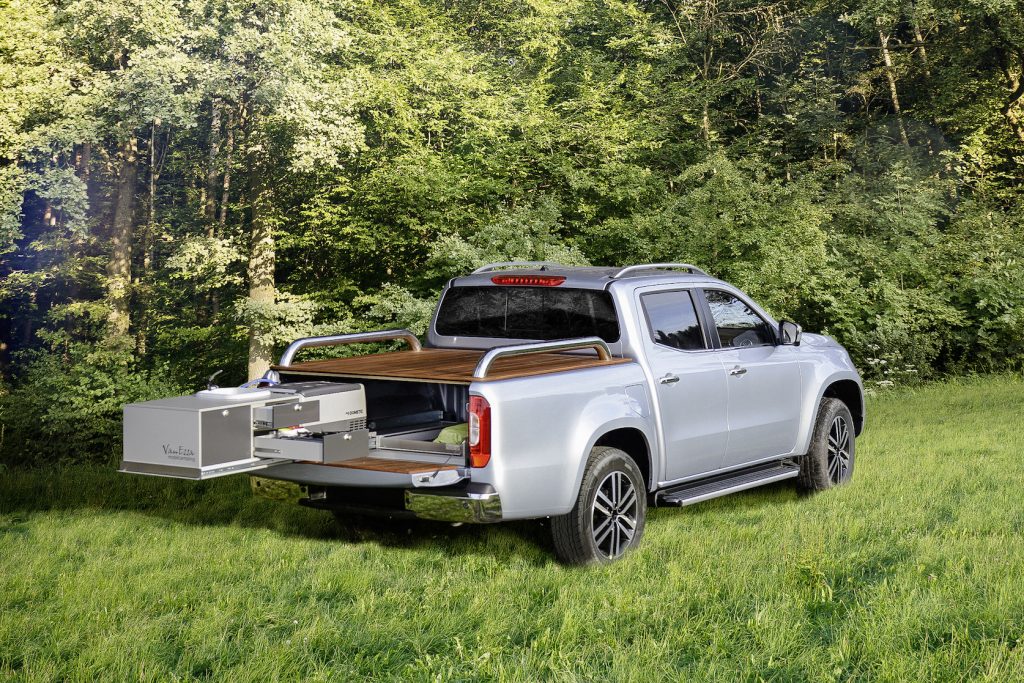 In more modest fashion, the VanEssa concept merely adds kitchen facilities to the pick-up bed. However, the heavy-duty pull-out weighs 250kg and is secured beneath a yacht-esque teak wooden covering. While there are rails to which a roof tent could be mounted, this concept is in essence just the kitchen. But that does include a cool box, cooking and washing facilities and storage space for crockery and utensils.

The concepts show that already minds are ticking, as the aftermarket looks to tinker with the X-Class. Could the self-proclaimed world’s first premium truck also herald a new era of luxury overland travel?