Whether you need a workhorse for your business or a versatile luxury vehicle for recreational use, it’s worth making sure which double-cab pick-up is the most practical proposition for you 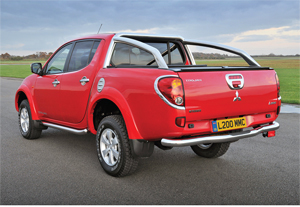 The lust for more power, a hunger for more aggressive style, a thirst for more comfort and refinement has for so long underlined competing manufacturers’ vision for the future of pick-up trucks, that they seem to have lost track of the reason for the existence of the pick-up – it’s supposed to be a working vehicle with aspects such as payload, towing capability and maintenance costs outweighing the cosmetic appeal of aerodynamic styling and shiny chrome-plated accessories. For many, the choice of which pick-up to buy depends more on image value than practicality – who would wish to be seen (and heard) driving around in a cheap and cheerful Great Wall Steed when they could be at the wheel of a highway-dominating Barbarian, and for all its muscular styling and Thunder graphics, who’d drive an old Ford Ranger when they could be one of the Invincibles in a Toyota Hilux? Are these high-image vehicles the most practical choice, however? Perhaps it’s time to take a closer look at the more prosaic values of the many makes of pick-up vying for attention on Britain’s roads. In this instance we’re looking at what’s available for under £15,000 – and what you can get for that much money depends largely on whether, as a business user, you’re able to reclaim the VAT. One-tonne pick-ups are classed as commercial vehicles, and the price asked is usually the basic price without the VAT. Private buyers seeking a comfortable and versatile family vehicle will have to pay the VAT, which means if your upper spending limit is £15,000 you’ll be looking for a vehicle priced at no more than £12,500. That would certainly put any of the newest contenders out of the frame – the new Ford Ranger, Isuzu D-Max and Volkswagen Amarok, for instance, where even nearly new and ex-demonstrator examples are rare at around the £15,000 mark. All the prices quoted in this article are without the VAT; so non-business buyers will have to add the extra 20 per cent. 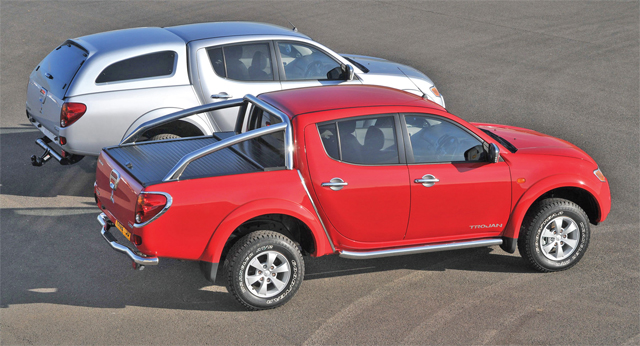 Mitsubishi L20O
Best Recreational Double Cab
The new generation of L200 dating from 2006 took a fair amount of criticism for favouring occupant comfort over load capacity, but the critics surely missed the point – the whole idea of a five-door five-seater double cab aimed at recreational users is that the passenger compartment should comfortably seat five adults, while the load bay – which is only some 18cm shorter than the class average – is still quite capacious enough to hold camping gear, mountain bikes and the like. It doesn’t matter too much, since Mitsubishi later introduced a long-bed version – at 1510mm it’s well up to class standard – but it is important when buying a used L200 to check which load bed you’re getting, if load bay length is critical to your needs; the facelift of 2010 included a lengthened loadbed measuring 1505mm anyway. The passenger compartment is one of the most spacious and comfortable in the class, with well-shaped rear seats with more comfortably reclined backrests than in key rivals, marking the L200 as a clear favourite for an outgoing family, backed-up by its high-image brash but modern styling and the excellent equipment in the high-specification versions. Look out for Trojan and Warrior models with the leather upholstery, originally a £1350 option, and some will have the automatic transmission that would have been a £1400 option. Also be aware that the base 4Work and 4Life have the lower-power 134-horse version of the 2.5-litre turbodiesel, which in premium models is tuned to produce a more user-friendly 175bhp. The 4Work and 4Life versions lack the refinements of central locking, air conditioning and satellite navigation, while none of the L200s has cruise control.

To read the full report see the November 2013 issue of 4×4 Magazine. Buy it here