It is no secret that Ford is the dominant manufacturer in the UK in terms of small, family cars. They are also one of the top sellers of sub-compacts, compacts, and family vans in Europe. Now the company is investing heavily in trying to build its market share in the crossover and 4×4 arena. They do well enough in the States, but can Ford really compete in Europe?

The European SUV, crossover and 4×4 market clearly belongs to Nissan/Renault and their very popular Qashqai SUV. Other major players include Opel/Vauxhall, Audi, and BMW. All of the major competitors have long established reputations for putting out robust vehicles capable of withstanding considerable punishment. The big problem Ford is up against is not one of matching the quality and pricing of the competition; it is one of perception.

Ford has long been considered a master of the family car. What’s more, they are the preferred nameplate for family cars that are reliable yet affordable. Trying to compete in the higher-priced crossover and 4×4 market could be challenging. For 2016, the company is pushing hard with the Edge, Kuga, and EcoSport. The latter two are in the midst of major facelifts to improve their ‘sex appeal’.

The Edge has been for sale in the States since 2006. It is built on the same platform responsible for the popular Mondeo, Galaxy, and S-Max models, so Europeans should be quite comfortable with it. Ford is relying on the hope that selling as many as 10,000 units per month in America will translate into equally strong sales in Europe.

As for what will be under the bonnet for 2016, no one really knows. Edge units headed for Europe will be fitted with one of two diesel engines Ford is still working on. The petrol engines will stay across the Pond. According to Top Gear, there is a couple of possibilities: a 178bhp or a larger 207bhp turbo diesel. Both are 2.0L engines.

Ford will also be updating technology for their European models for 2016. New vehicles will be equipped with sign recognition software, intelligent speed assistance, active parking assist, and collision avoidance assistance. They have even chosen a brand-new operating system for the on-board electronics. Say goodbye to Microsoft. More info.

Both the Kuga and EcoSport are getting makeovers in preparation for the 2016 model release. Beginning with the Kuga, buyers will immediately recognise a completely redone front end with a new grille and bumper. The grill looks more like it came from the Edge than anything else, leading industry analysts to wonder if Ford might be leaning toward unifying the look of all of their SUVs and crossovers. New headlights, LED running lights, taillights and a revised interior round out the package. Visit this website for more detailed Kuga and EcoSport information.

As for the EcoSport, the biggest change buyers will notice is the optional spare wheel. Buyers will have the option of settling for a puncture repair kit in exchange for getting rid of the spare wheel mounted on the rear. Inside, the EcoSport changes are subtle but effective. The cabin looks more sophisticated and comfortable despite a surprising lack of drastic improvements. The best part of the new cabin is that it is much quieter.

All that said, Ford has promised a quicker and more responsive EcoSport for 2016. They have beefed up the engine, redesigned the steering and suspension, and dropped the overall height by 10mm.

Only time will tell if Ford’s efforts pay off in Europe. If they can manage to grab a significant market share among 4×4 and crossover owners, it could signal a whole new era for Ford Europe. If not, they always have the compact and sub-compact market to continue working on. 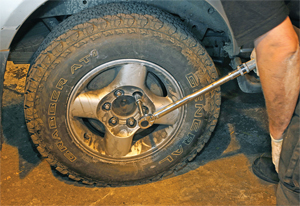