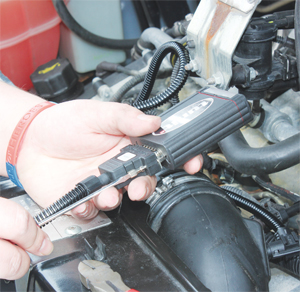 Comprehensive guide offering suggestions and advice on what you could do to improve the performance of your 4×4. Go on, indulge.

The ECU (electronic control unit) on most engines controls the fuelling and ignition timing, which are essential for regulating the amount of performance produced. However, the settings for fuelling and ignition and timing often have potential for improvement, as they are intended to maximise fuel economy and keep emissions low. They also have to cater for a wider range of climates, so tweaking these settings can often result in better performance and better fuel economy.

There are a number of approaches to upgrading the engine’s ECU. One of the most straightforward is to fit a control unit between the ECU and the fuelling. This is known as a tuning box or tuning module. We assessed Tunit’s tuning module for diesel engines in the January 2013 issue (see pages 77-80), examining how to fit the equipment, how settings can be analysed and modified and whether this upgrade actually makes a difference. Such tuning modules provide a map (settings for fuelling) applicable to the engine that it is intended to be fitted to, which can be further fine-tuned using a dial on the side. Fitting is very straightforward in the case of common rail diesel engines, consisting of a plug connector that sits between the standard connection to the fuel injector rail. This helps to alter the signal to the fuel injection system without causing an error at the ECU.

Earlier, non-common rail diesel engines can also be modified with a tuning module, but often require several wires to be connected instead of a simple plug and play fitment.

There are a variety of tuning modules that help to refine and modify the performance of an engine. Some involve plugging in a unit via the diagnostic or OBDII port to load a new map (e.g. the Bluefin from Superchips), whereas others are wired or connected in situ. Budget for between £300 and £500 for such a tuning upgrade. 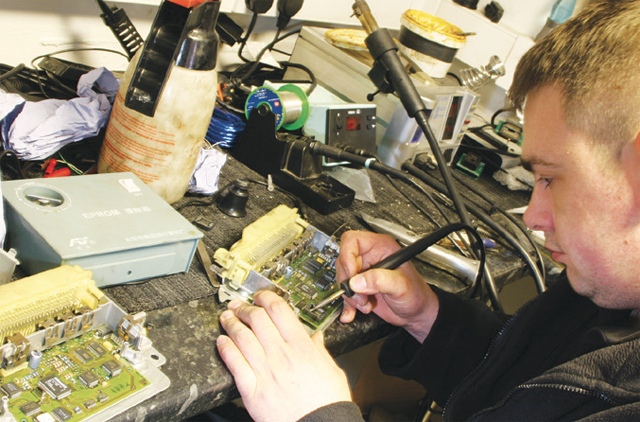 Many older vehicles do not have an ECU to control the engine, relying upon a mechanical distributor on petrol engines for ignition timing and a carburettor to feed the fuel. Older diesel engines are similarly controlled in a less sophisticated manner via the fuel pump. However, that’s not to say that such engines cannot be equipped with an ECU to help boost performance and get the most from other upgrades. Aftermarket ECU specialists such as DTA, Webcon and Omex all offer programmable ECUs that can be fitted to a wide range of engines. Such an upgrade isn’t beneficial unless you are planning other serious modifications, such as throttle bodies and performance camshafts.

Read more about this 4×4 adventure in the March 2013 issue of 4×4 Magazine. Buy it or subscribe here