Don’t let those puny little Vitaras and Jeeps and Land Rovers get in your way. If you want to make a big impression off-road you’ll need one of these – dominators that are as effective off-road as their size suggests, yet not that hard to come by 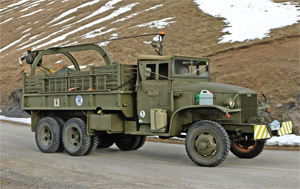 For an off-road enthusiast who believes big is beautiful, there can be few more awe-inspiring sights than watching a six-wheel drive Scammell clambering over a huge rocky outcrop or seeing a Stalwart emerge from a lake and without a pause clamber up the bank and disappear into the undergrowth. Most people do simply look on in awe, because the thought of driving one of these beasts, let alone actually owning one, seems a dream too far, partly because of a natural fear of their perceived complexity and partly because of the assumed high cost of purchasing one, not to mention having to acquire the necessary heavy vehicle driving licence. That latter point aside, most of these all-wheel drive behemoths are actually quite easy to drive, the basic controls are all as straightforward as in an ordinary passenger car, you may just have to spend some time getting used to the pre-selector gearboxes and exhaust brakes sometimes included in the specification of more modern vehicles. As to the cost of purchase, you needn’t pay more for a big six-wheeled off-roader than you would for a good-condition ordinary four-wheel drive. What you will have to consider, however, is that you’ll need somewhere to park it when it’s not in use and if you don’t treat it with respect you could end up frightening yourself with repair and maintenance costs. If neither of these factors causes you concern, then maybe it really is the right time to have a look around at what’s available in the way of heavy-duty awe-inspirers. 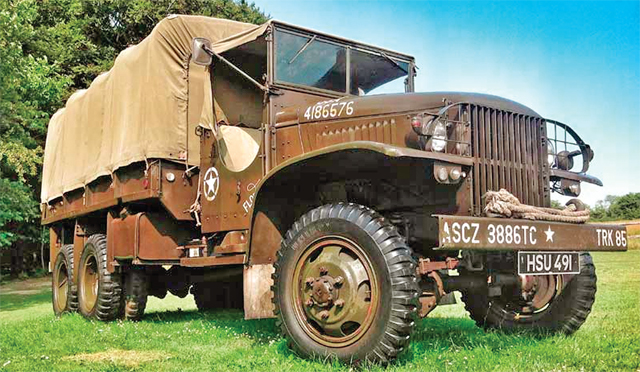 GMC 352 and 353
DEUCE AND A HALF
Odd how necessity sometimes throws up a classic; the Willys Jeep is the perfect example of how simplicity of design can equate to enduring style. In the same vein, General Motors had been making trucks since 1912, but then came the Second World War and the Allied invasion of Europe. There was no point in having a massive army charging its way across France in the face of a merciless foe unless you could keep those soldiers supplied with ammunition and food, so suddenly the General Motors Corporation was charged with meeting that massive logistical problem.

To read the full report see the December 2013 issue of 4×4 Magazine. Buy it here