The growth in SUV ‘soft-roaders’ continues apace. For the traditional, more serious mud-plugger, such vehicles are often dismissed, disparagingly. Armed with some knowledge to aid your driving ability and the soft-roader will go a lot further than is often considered. And at the end of the day, isn’t it great that the soft-roader needs some driver input rather than just switching the super sophisticated terrain control to ‘Auto’ and ploughing on regardless? 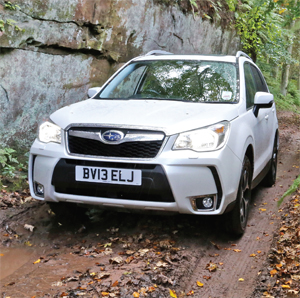 Think 4×4 and vehicles like the Discovery, Land Cruiser and Grand Cherokee come to mind, or maybe pick-ups like the Hilux or Ranger. These vehicles are capable of carrying heavy loads over rough terrain, but are not cheap to buy or to run. Smaller, certainly lighter vehicles such as the Santa Fe, Freelander, SX4 and others offer rough-terrain capability at lower prices – these are soft-roaders designed for lighter duty work and they lack low range gears. The question is whether the trade-off is worth it, and how far can you go in a softie?

First off, any 4×4, whether it has low range or not, needs two basic features to be seriously considered for off-roading. The first is front and rear recovery points, which doesn’t mean screw-in eyes but might mean a rear towbar. If there is no front recovery point then at least use two screw-in eyes and use a long bridle (at least 5m) to equalise (but not halve) the load.

The second is a full-size spare wheel, or at least the option to take one somewhere. Spacesaver spares or worse yet, the aerosol can option you spray into a punctured tyre, just don’t cut it off-road. These two criteria alone cut the wide field of soft-roaders to far fewer, and it is these which are your real candidates for any terrain rougher than a dirt road. 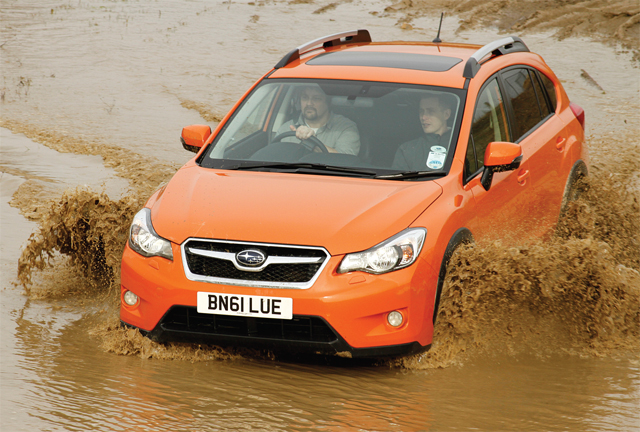 This XC-90 comes with a space-saver spare, so when I got a puncture I put the saver on. Problem – the full-sized wheel wouldn’t fit in the space-saver’s slot. Luckily there was enough room in the back, but what if the car had been heavily loaded?

Next up, look for a decent 4×4 transmission system, which means an effective and intelligent way to distribute torque between front and rear axles. Sadly, none of the soft-roaders have such a system – they’re all ‘on-demand’, which means that the front wheels are driven and the rears kick in as and when the computer decides it is appropriate. About the best you’ll get a ‘lock’ button which allegedly locks the drivetrain in the same way as the centre diff locks a low range vehicle, but that’s not always effective, and the clutch used between front and rear axles often overheats and disconnects. Even the Haldex system used in the likes of Land Rovers biases too much drive to the front wheels in rough situations.