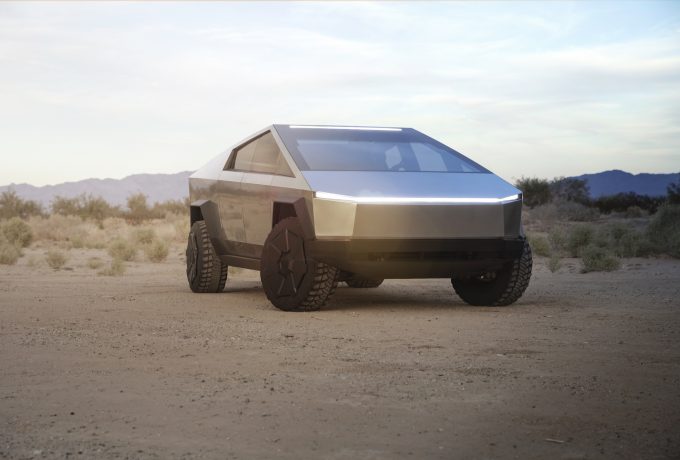 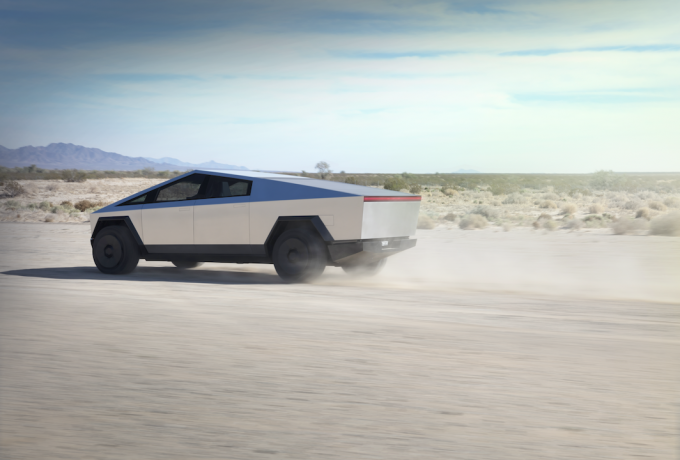 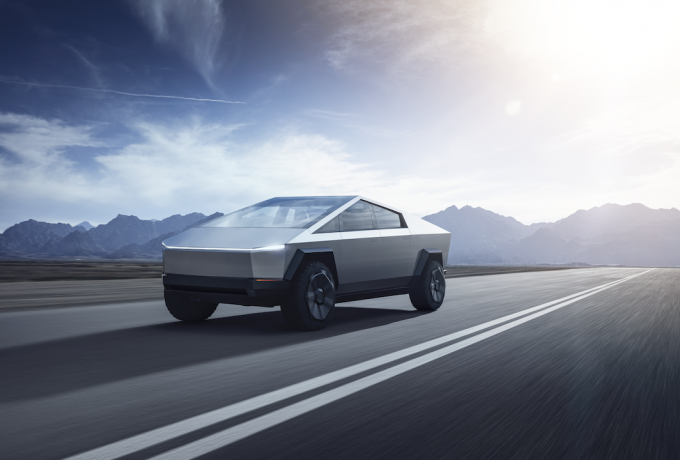 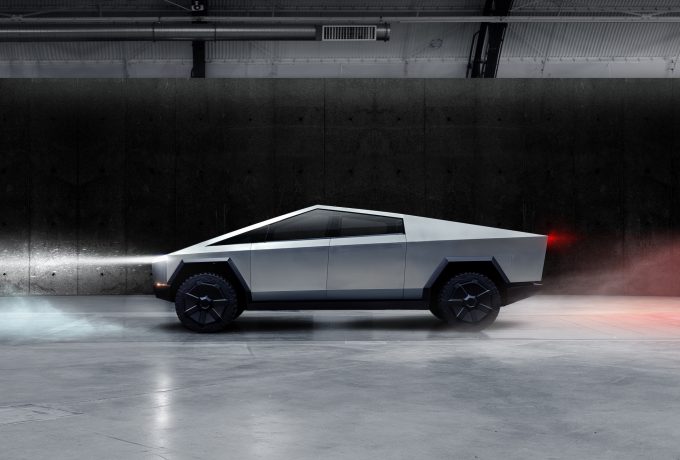 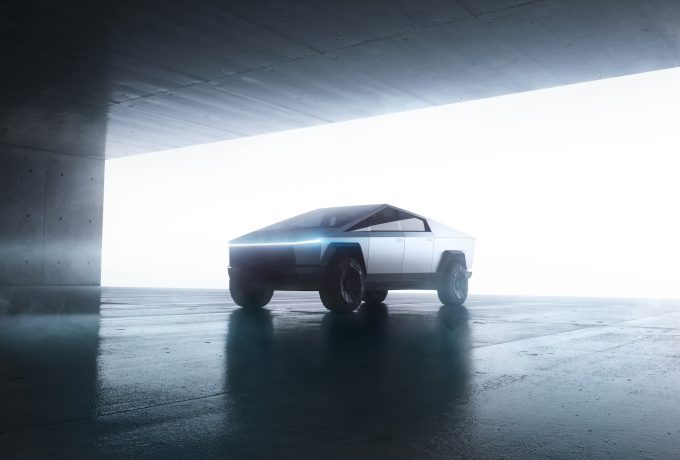 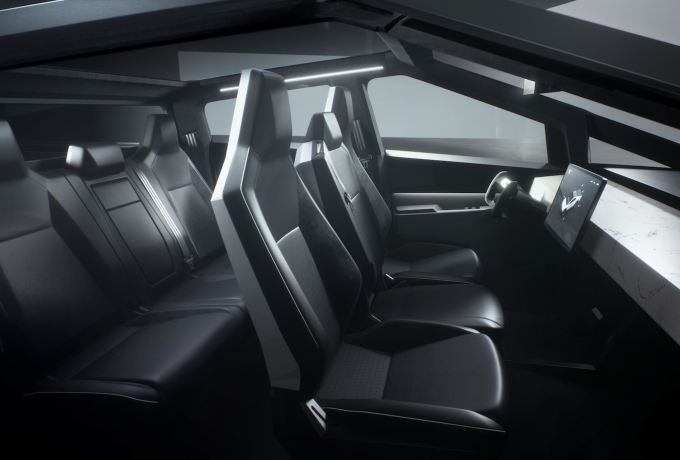 Tesla have revealed their all-electric pick-up, you know, the one that is set to be as fast as a supercar.

But, the reveal of the Cybertruck has been striking for a different reason – the way it looks.

On first glance you may well think that the image is still loading, but rest assured that the Cybertruck actually is that pointy. Its wedge shaped design is arguably reminiscent, very vaguely, of things such as the Countach or the DeLorean. These are good looking supercars, but they’d be ridiculous pick-ups.

This does look more utilitarian, though – a notion which is cemented with the revelation that is has an exoskeleton. The outermost of the body is made from ultra-hard 30X cold-rolled stainless steel, whilst the windows are Tesla armoured glass. Its (literally) straight-edged appearance is functional, though, as it is supposed to protect against dings and dents.

With the peak of the harsh wedge shape above the drivers head, the roofline then slopes backward all the way to the tailgate. This means that beneath the tonneau cover there is plenty of room – including storage space under the bed, the frunk and sail pillars, total storage is 2,831-litres. To maintain a comfortable ride when laden, the air suspension is capable of levelling itself and can be manually adjusted four-inches in either direction. Plus, it has a quoted payload of 3,500lbs and towing capacity 14,000lbs, aka 1,587kg and 6.35-tonnes.

Inside there is room for six across two banks of three, and beneath the second row lies additional storage. With a seemingly flat floor and no transmission controls between the driver and usual second front passenger, there is room for a sizeable seat in the middle that looks to be much more than a jump seat – the same goes for the back, too. In typical Tesla fashion there is a huge 17″ touchscreen sitting centrally on the dash, in what is largely a fairly simple cabin.

With three powertrains on offer – single motor rear-wheel drive, Dual Motor all-wheel drive and new Tri Motor all-wheel drive, there are a range of performance specs to digest. The entry model will have a range stated as over 250 miles and towing capacity of 3.4-tonnes and 00-60 in 6.5-seconds. Dual Motor models are upgraded to over 300 miles of range, 4.5-tonnes of towing ability and a 2 second saving on sprint time, whereas the Tr-Motor trumps them both in all stakes with 500 miles of range, the ludicrous 6.35-tonne towing limit and the figure Elon Musk earmarked – 0-60mph in 2.9 seconds.

As is the Tesla way, the Cybertruck has chosen its mantle and stuck to it. In making a tough truck, Telsa gone all out. Made with the toughest materials (Tesla say that if they found anything tougher than 30X cold-rolled steel they would’ve used it), ruthlessly rapid and, if the claimed figures are accurate, it will be as crazy as it looks. 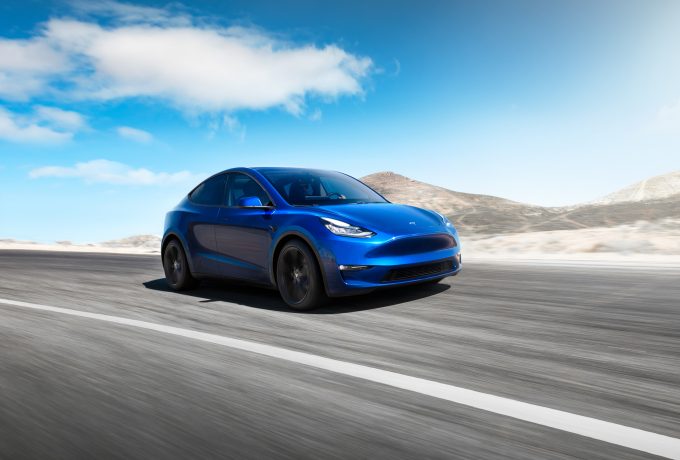 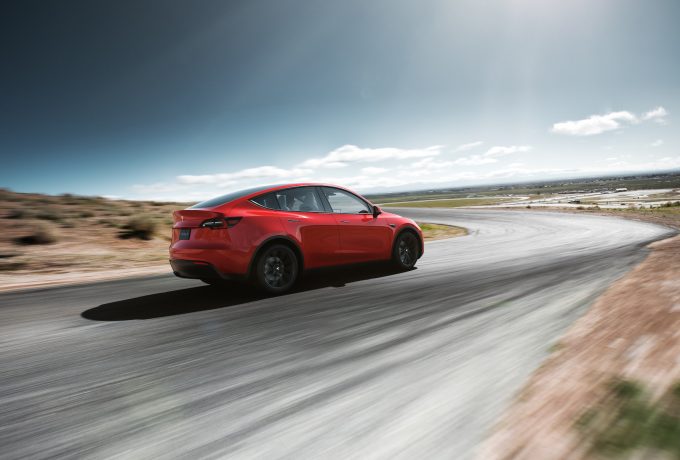 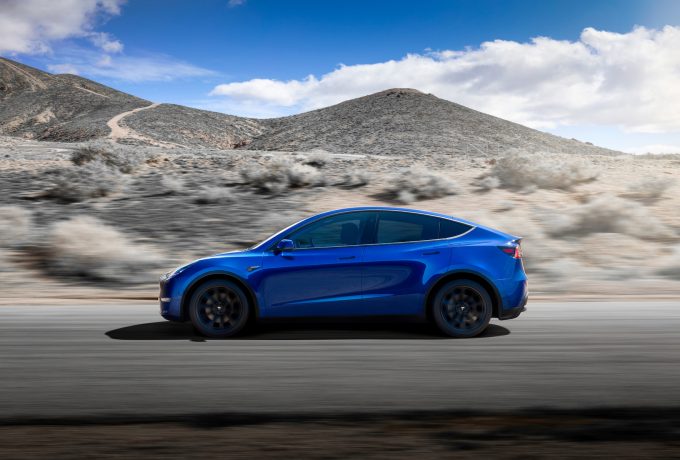