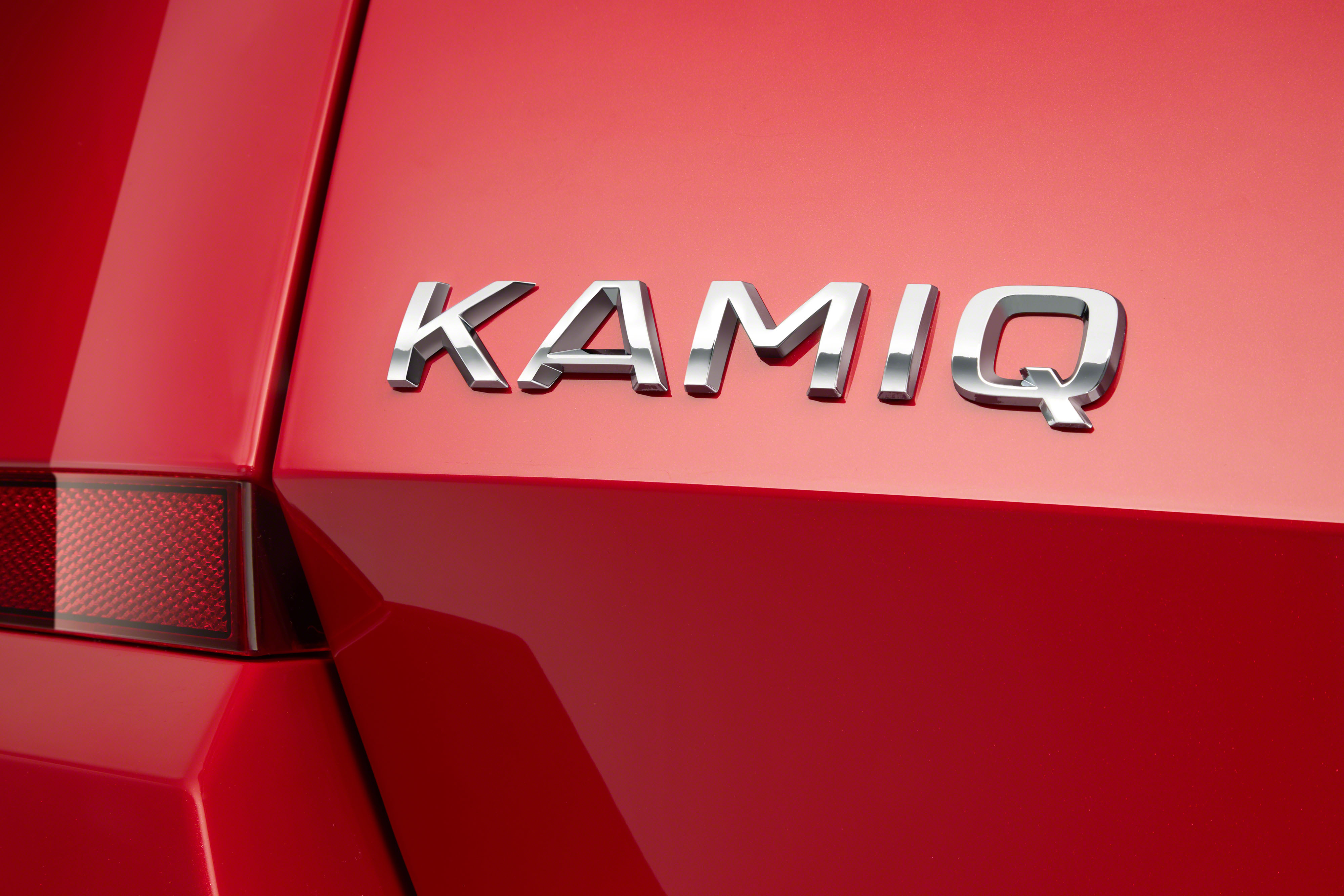 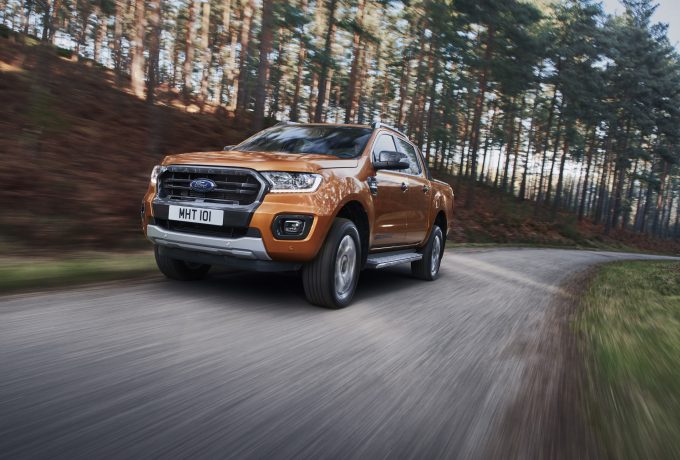 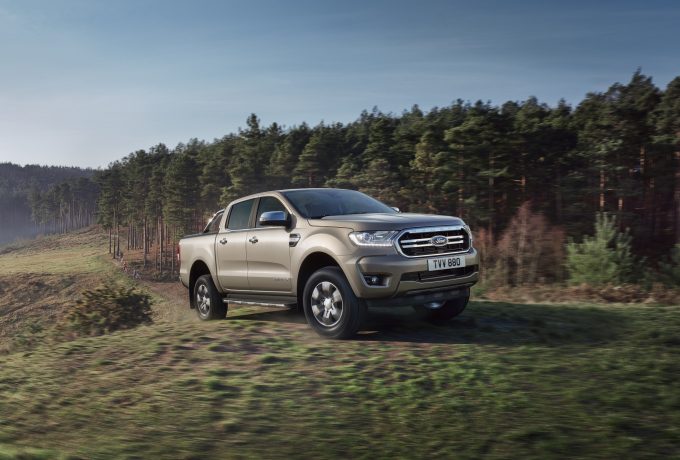 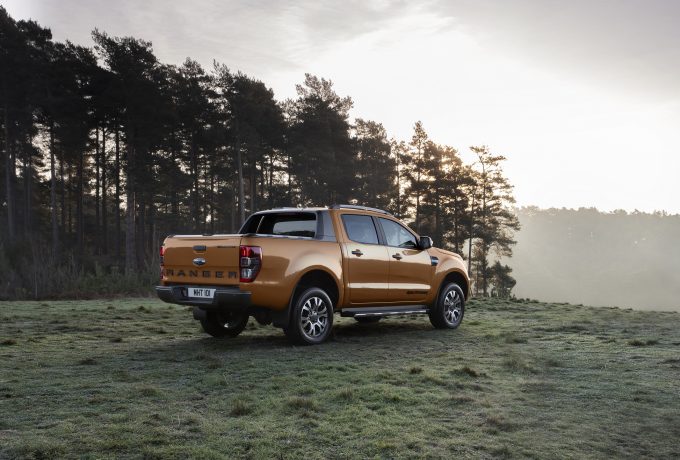 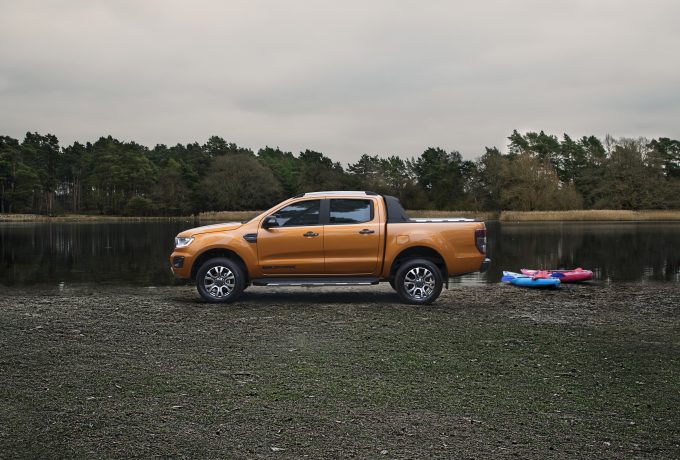 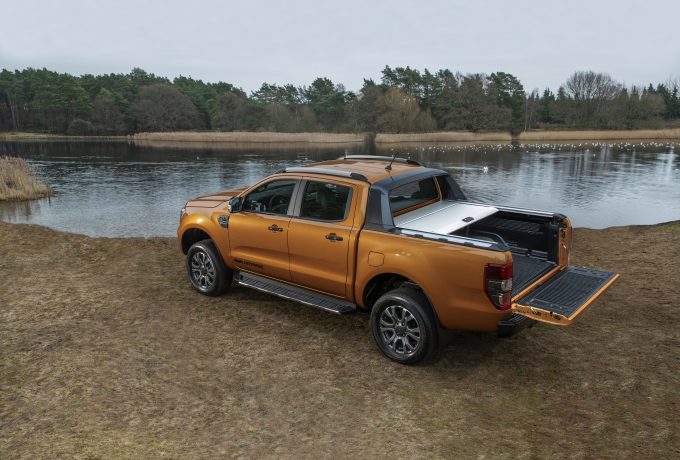 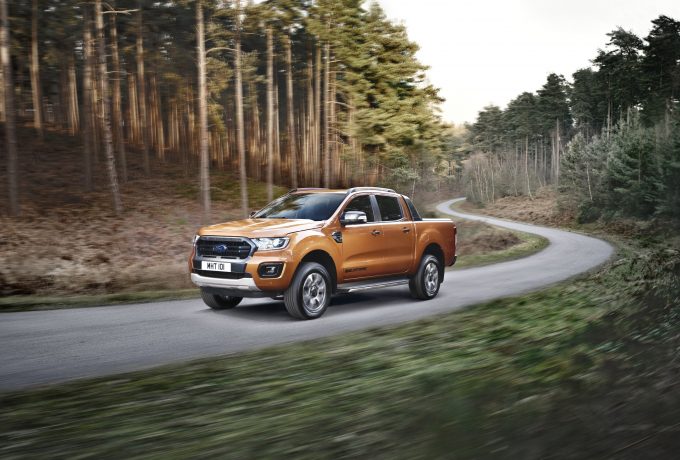 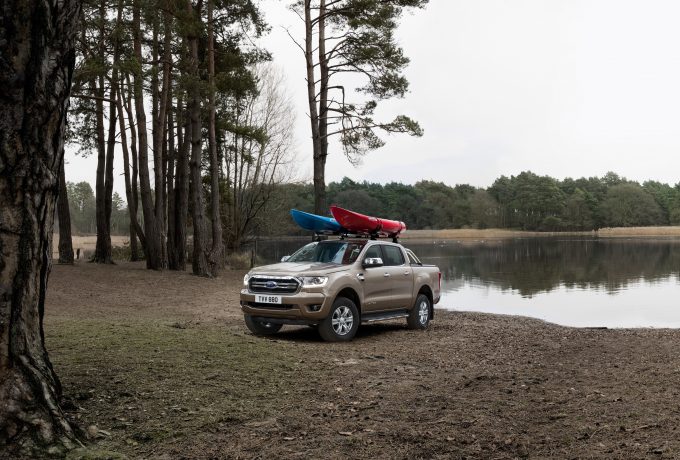 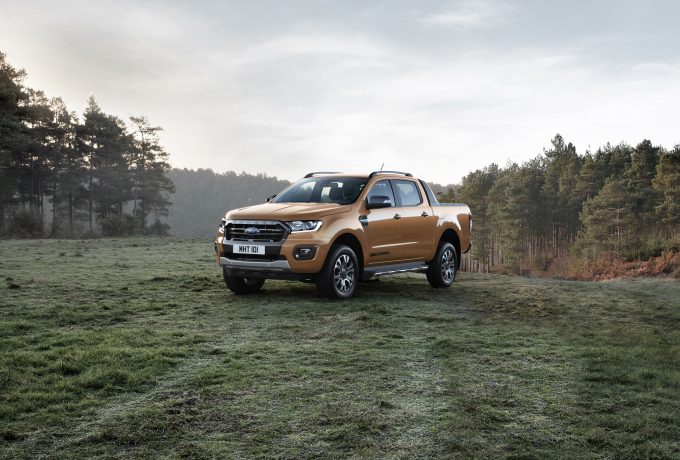 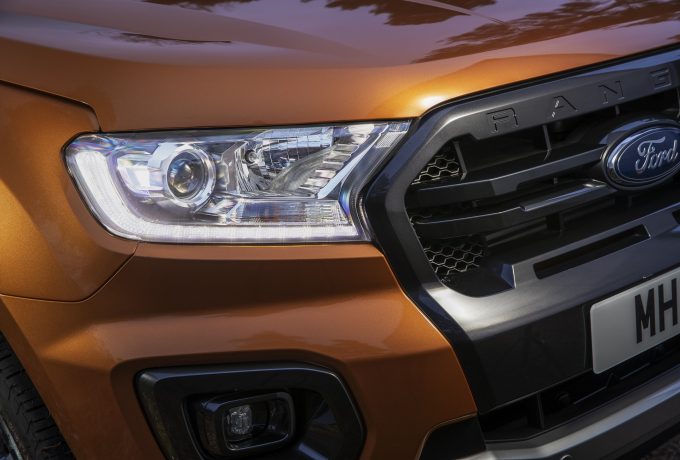 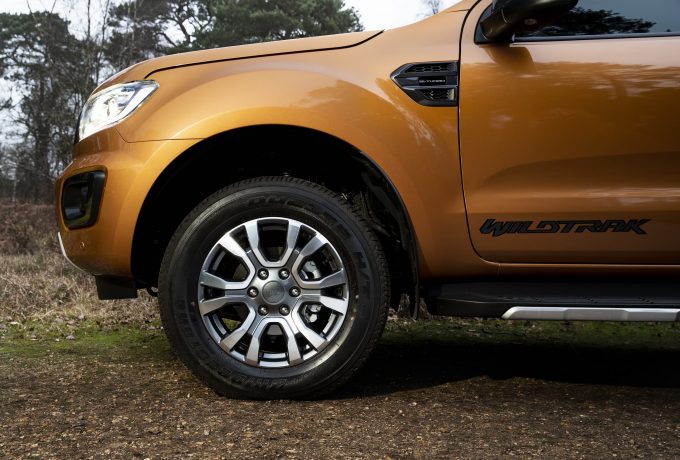 The updated Ford Ranger has been revealed, with refreshed engines, improved connectivity and driver aids introduced to the range alongside a 10-speed automatic transmission.

Ford have given the Ranger a trio of 2.0-litre EcoBlue, four-cylinder diesel units. There are two single turbo variations, producing either 130bhp and 251lbf.ft or 170bhp and 310lbf.ft, with the units capable of 35.3 and 34mpg respectively. The range-topper features both a variable-geometry high-pressure and a low-pressure fixed geometry turbo, which results in figures of 213bhp, 369lbf.ft and can cover 30.7 miles on a gallon.

Some clever features have been engineered into the engine to reduce friction within the unit, such as a 10mm offset crank design that reduces chafing against the cylinder walls of the iron block. The valve-train has been optimised and features a single-piece camshaft module. 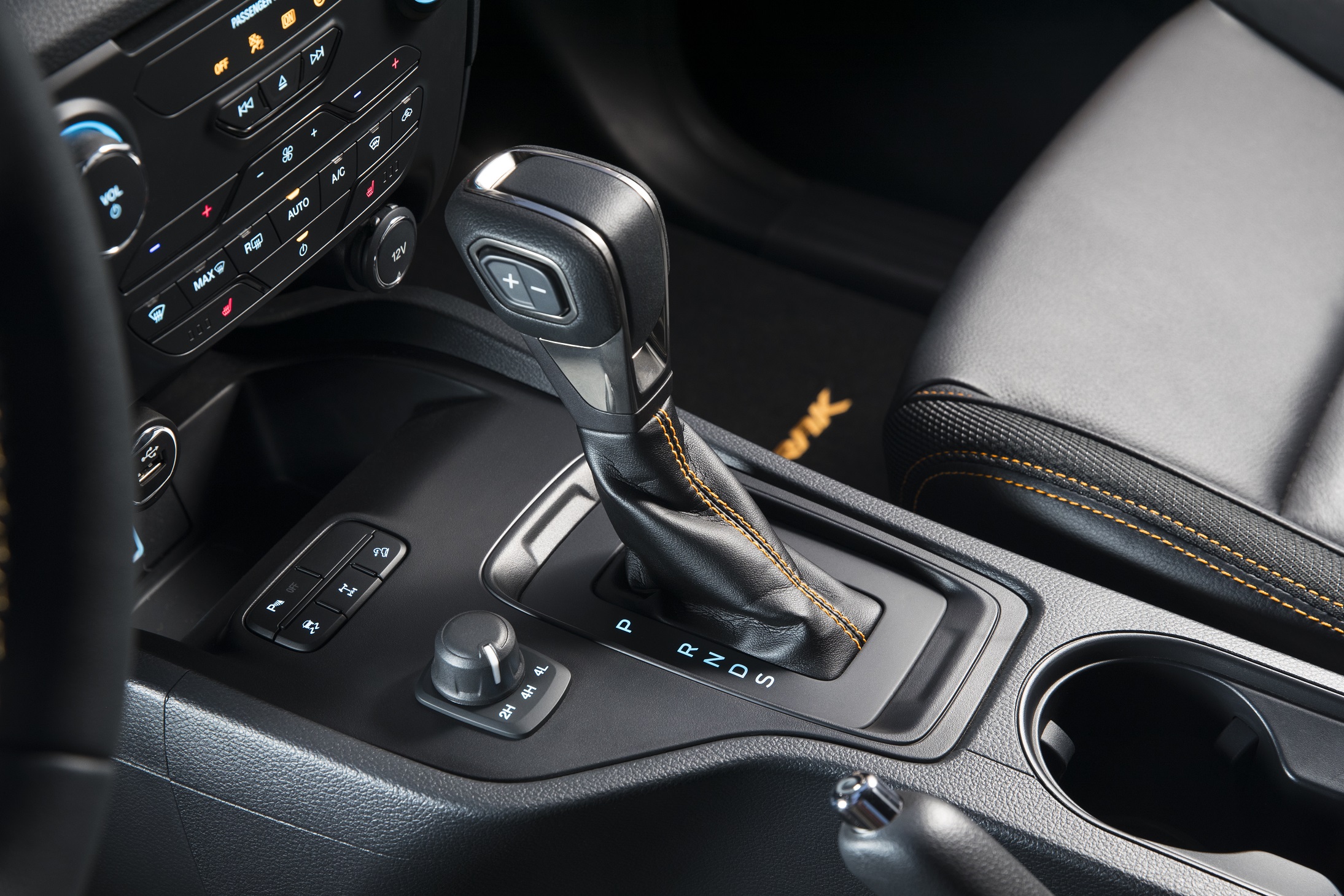 As well as a six-speed manual transmission, Ford are offering the 10-speed automatic ‘box from the irrepressible F-150 truck. You know, the one that is driven by nigh on all Americans… It sounds like overkill, but the extra notches are designed to give the Ranger more adaptability, as real-time adaptive-shift scheduling alters the transmission depending on the situation. This means it’ll behave differently when you’re towing a trailer to when you’re dropping the little ‘uns off at school.

An on-board modem enables the Ranger to function as a Wi-Fi hotspot, and the FordPass mobile app makes it easy for the driver to keep on top of vehicular status. Oil level, tyre pressure and mileage can be checked remotely, whilst there is also a vehicle locator for those who are either forgetful or victimised and it is also possible to toggle the vehicle’s central locking from the app. 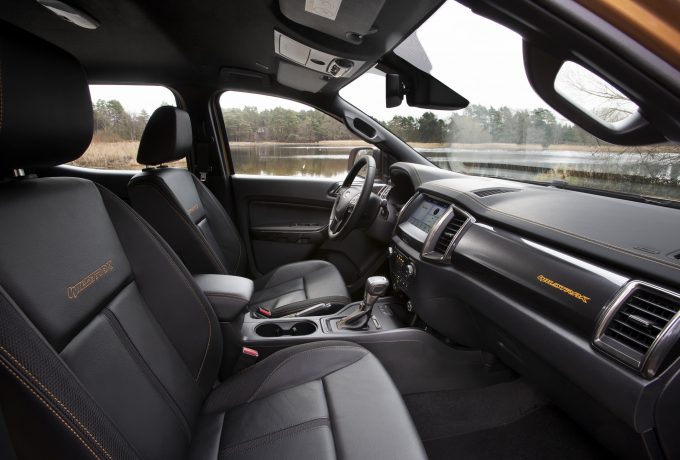 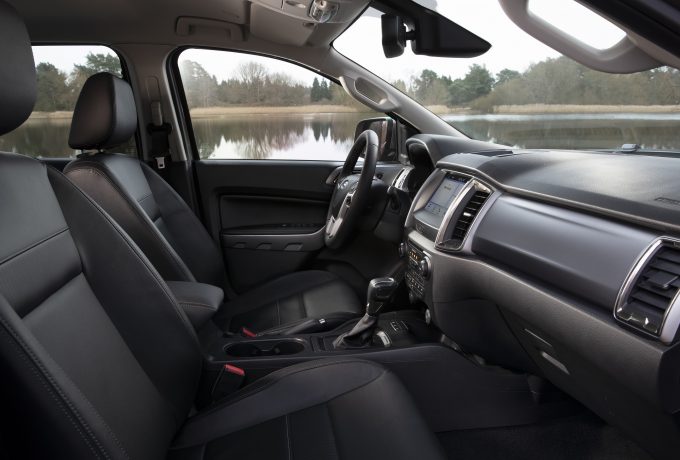 The third version of Ford’s Sync multimedia system can be voice activated or by using the 8-inch touchscreen and is Apple CarPlay and Android Auto enabled. The Ford MyKey system allows fleet managers to limit the driver’s speed and radio volume, plus it can permanently switch on all of the Ranger’s safety features.

Those safety features include pre-collision assist with pedestrian detection and intelligent speed-limiter as standard. The latter of these monitors road signs, and if the speed limit is lower than the set speed of the adaptive cruise control, it will slow down and then speed back up again in line with the speed limit. The 2019 Ranger also features lane keeping assistance, traffic sign recognition, parking sensors both front and rear, a rear view camera and electronic stability control that features both rollover mitigation and trailer sway management.

On the updated version, both Wildtrak and Limited spec will include a new easy-lift tailgate with a torsion bar that increases the ease of closing it back up.

There is no word on pricing as of yet, but the updated one-tonner will be arriving in mid-2019. 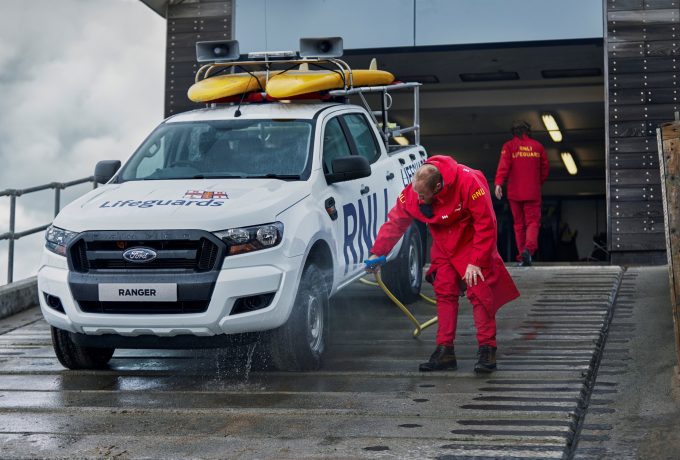 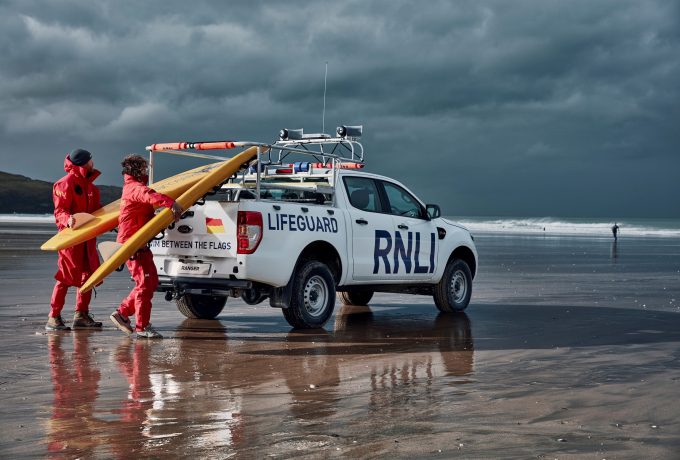 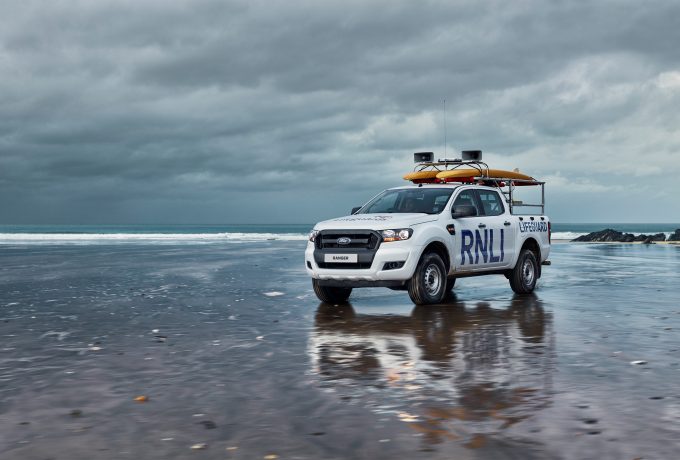 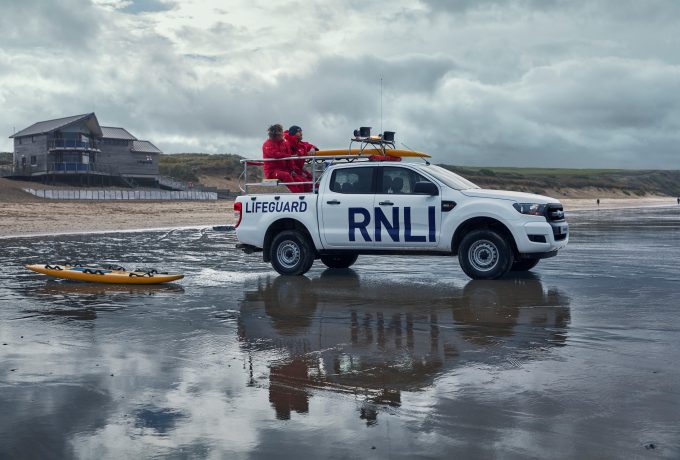 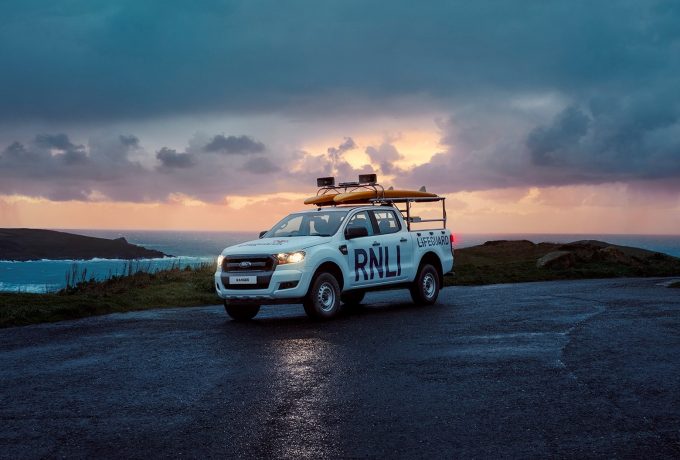 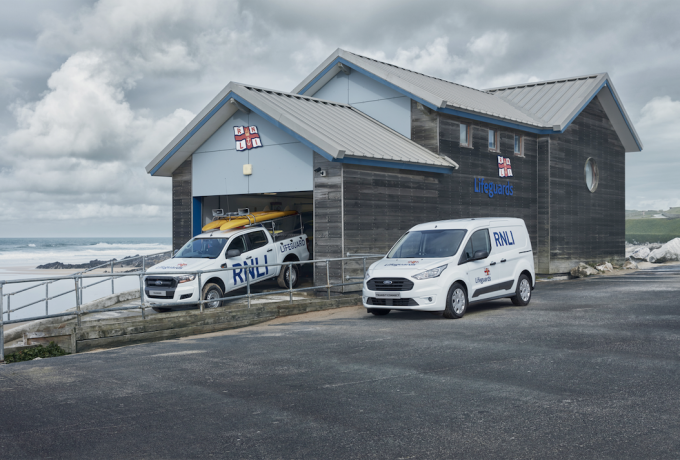 Over the next three years, Ford will supply a fleet of 450 vehicles to the Royal National Lifeboat Institution (RNLI).

This year, the national charity will take delivery of 210 vehicles, with another 120 arriving both next year and in 2021.

The 2019 fleet will include twenty 4×4 Rangers, which will carry out their duties on the British shorelines as the fleet for the RNLI’s beach patrols.

All of the RNLI’s on-road transport will also be covered by Ford, with a fleet including Fiestas, EcoSprt, Focus, Kuga and three variations of the Transit. 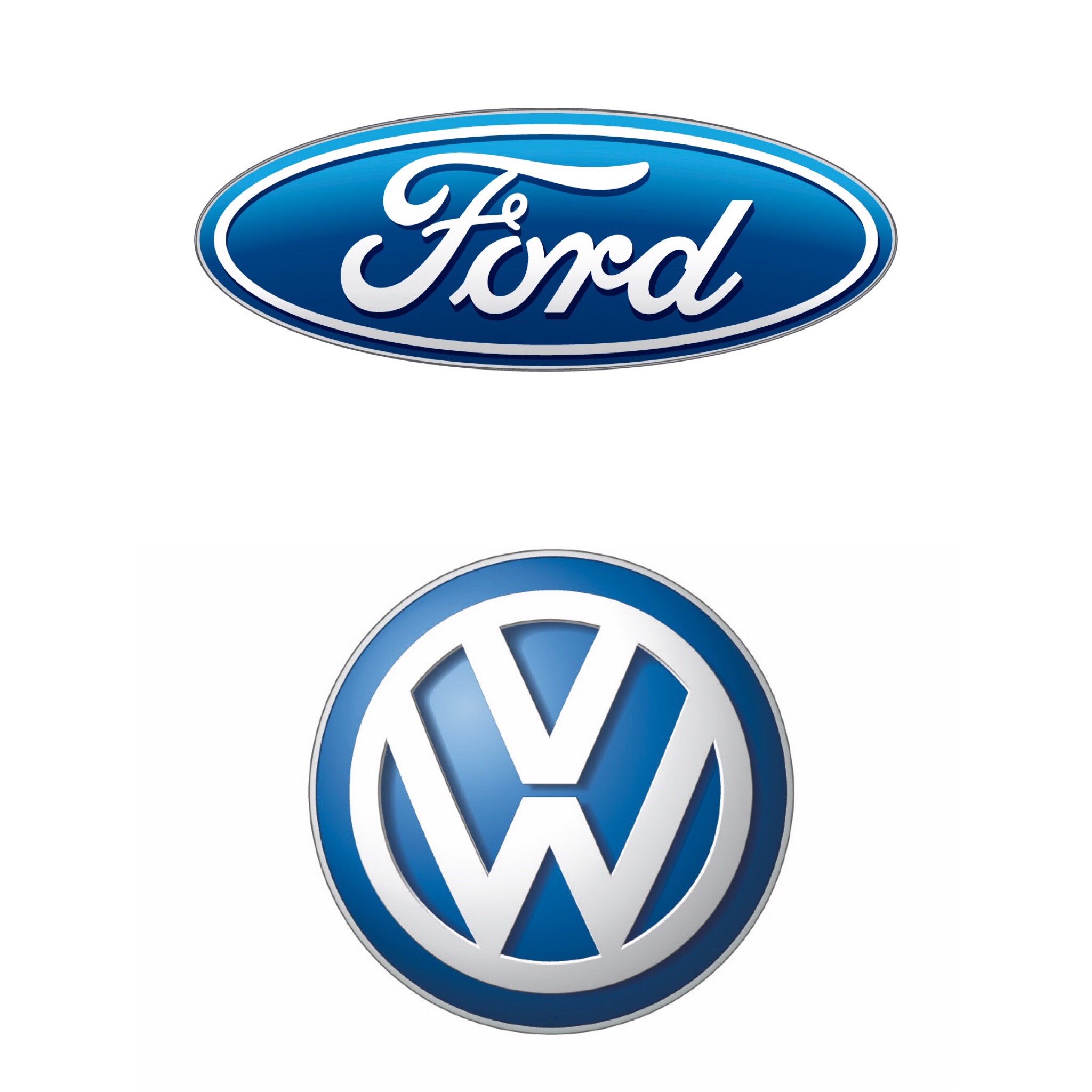 Volkswagen and Ford have announced their Global Alliance, which will help them offer more competitive products as they collaborate on EVs, autonomous vehicles and mobility services.

The two brands will also work together to in developing commercial vans and medium-sized pick-ups as soon as 2022. As early as 2022, the two automakers say that this will power significant scale and efficiency that will enable them both to share investments in vehicle platforms.

Ford’s CEO Jim Hackett has said that the alliance will ‘help both companies create value and meet the needs of our customers’. He added ‘it will not only drive significant efficiencies and help both companies improve their fitness, but also gives us the opportunity to collaborate on shaping the next era of mobility.’

His VW counterpart Herbert Diess echoed much the same, hammering home that both brands see this as a key to remaining competitive and pushing the market forward. 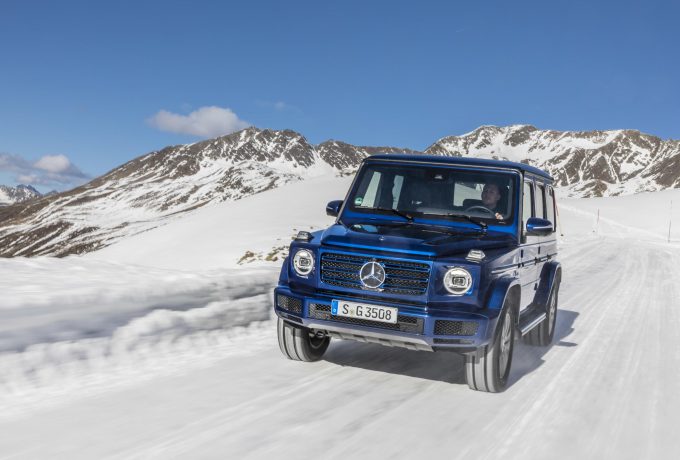 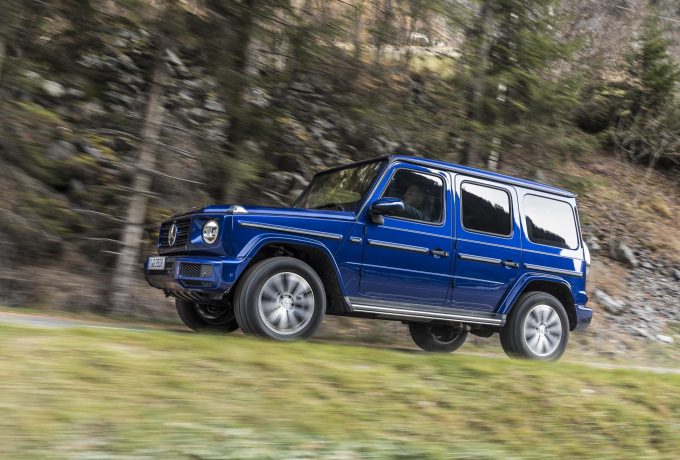 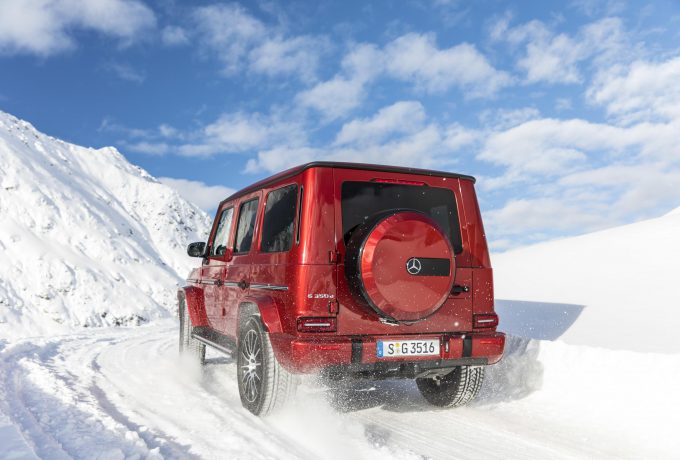 It’s one of the few true off-roaders still in production, and with the latest diesel version, there’s a new entry price for the Mercedes G-Class.

The 3.0-litre six-pot boasts a power haul of 286bhp and 443lbf.ft. It’s the punchiest diesel-runner to ever be fitted beneath the enigmatic squared bonnet. This equates to a 0-62 time of 7.4 seconds and the German Goliath reaches terminal velocity at 124mph and on a combined cycle could return up to 29.4mpg.

Standard alloys are 20-inchers, and LED headlights and so are a whole host of features such as leather seating that is electronically adjustable and heated front and back, 12.3-inch cockpit display, AMG styling cues, plus the driver assistance package including blind spot assist, adaptive cruise control, active lane assist and automatic tri-zone climate control.

Adding the Winter package installs a heated windscreen and a remote controlled auxiliary heater. For those in the back, there’s a Rear Seat Entertainment package that adds two 10-inch touchscreens that work with a digital TV tuner, integrated media player and internet access.

The base G350d, without adding any of the several thousands of additional packs, starts at £94,000 on the road. That’s a steal, given that the only other G-Class currently on the market is the G63 at an eye-watering £143,305 OTR.