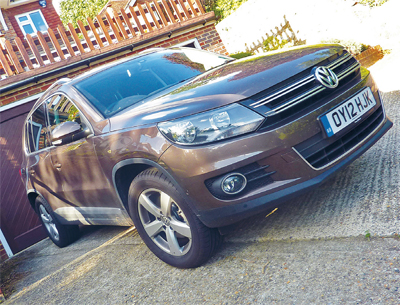 I used the Tiguan as an airport run vehicle recently for the annual summer holiday and I have to say that one of the few things that lets it down is the depth of the rear cargo space.

My hairdresser had a Tiguan until recently but he swapped it for the bigger Touareg as he now has two small sons and found that he just couldn’t get enough of the paraphernalia that is required for a couple of lively lads in the boot; you can’t obviously, use the rear seat to compensate as that is taken up with baby seats.

That is disappointing for a vehicle that is in the early £20,000s, and billed as a medium SUV, and means it isn’t terribly practical for a young family. By contrast, while on holiday in Canada I hired a Ford Escape, a vehicle that is not available here in the UK. All four cases fitted in neatly and there was still plenty of room left in the rear for a few bits and pieces of extra gear: far more practical.