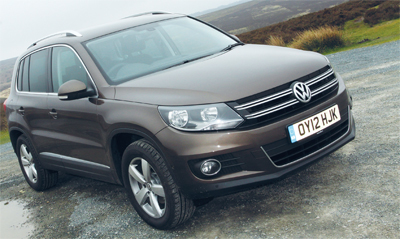 The long-term VW Tiguan has stolen a fair chunk of my heart, but I have to say there are a few little things about it that do irk me somewhat. Here’s one of them.

First of all, I will say that the Auto Hold function is brilliant, although I have to mention that I am one of those drivers who take great pains to set off from the lights or at a junction on a hill without rolling backwards anyway. I apply my handbrake and use clutch/throttle control as I was taught in my driving lessons! I really loathe those in front of me who use the footbrake and always roll backwards before setting off. You would fail your driving test if you did that, so why do people do it when they’ve passed? It’s appalling!

Smug rant over. The Auto Hold – manually operable – just provides that extra certainty that the Tiguan isn’t going anywhere in a reverse direction from a hill start, whatever the gradient. I like that. What I am not so keen on is the lever above it that controls the handbrake. Like the AH, it has a little orange light that tells me that it is on, in addition to the standard red dash light. But the flimsy nature of the operation to release or engage it doesn’t fill me with confidence.