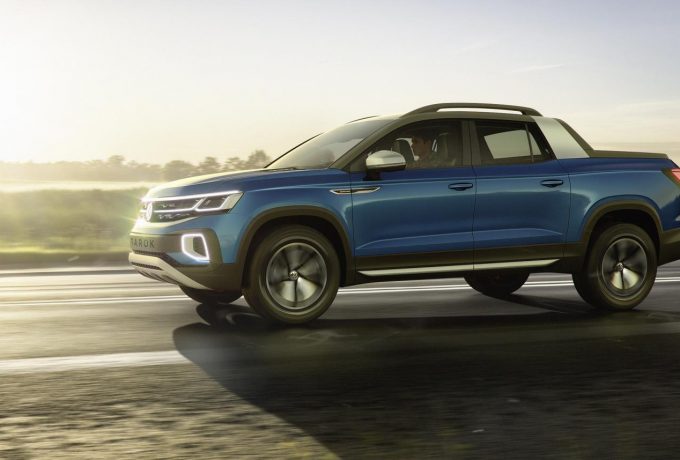 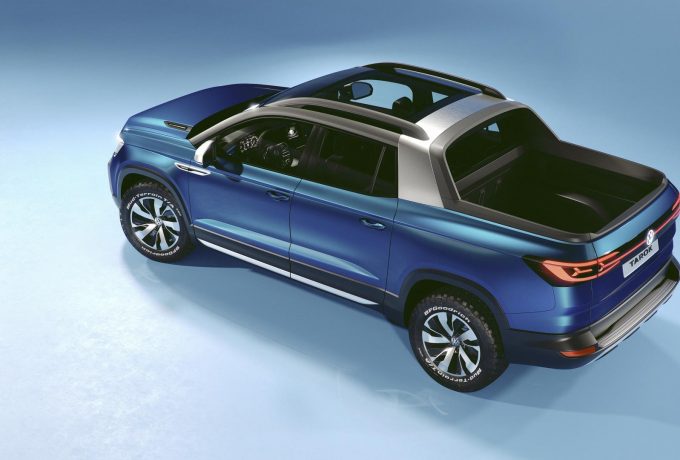 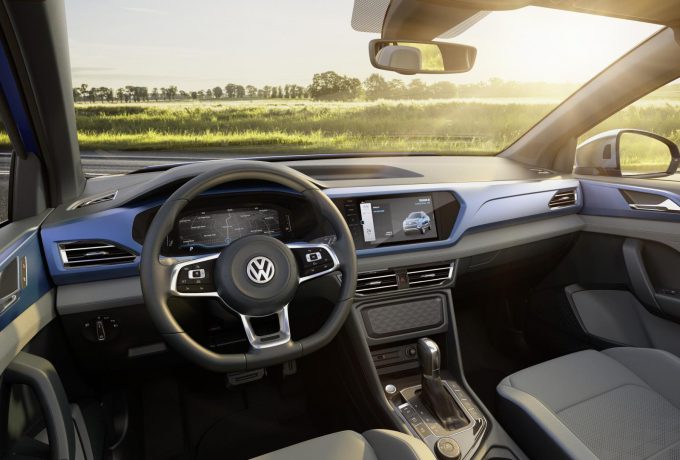 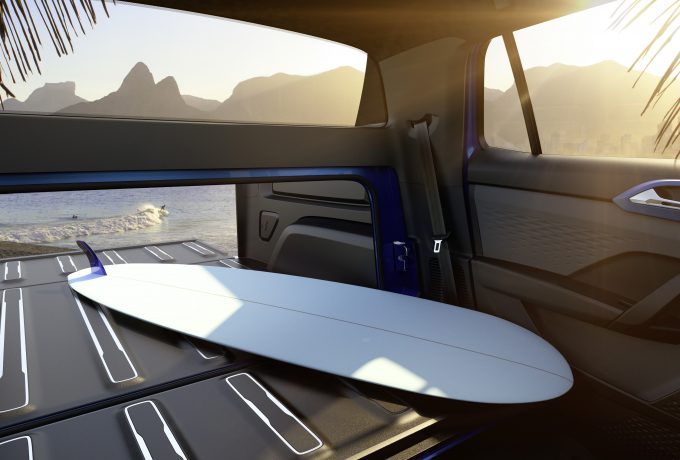 Volkswagen have launched the Tarok concept in Sao Paulo, an all-new pick-up truck set to hit the Brazilian market sooner rather than later. Allegedly with minimal changes to be made in becoming a production vehicle.

Set to match the tech content in their current SUV-offensive, the Tarok concept possesses a predominantly digital design. The interior also features a colour-keyed crossbar across the dashboard, surrounding the glass covered infotainment set-up with a digital cockpit.

The Tarok concept runs on a 1.4-litre 148bhp four-cylinder TSI unit that can be driven in Brazil as a TotalFlex Fuel Unit – running on either pure ethanol or a gasoline-ethanol mixture, utilising permanent four-wheel drive. This differs from the unit that will be used in the series version of the Tarok – a 2.0-litre turbo diesel TDI with the same power output that would be more appropriate for other global markets. 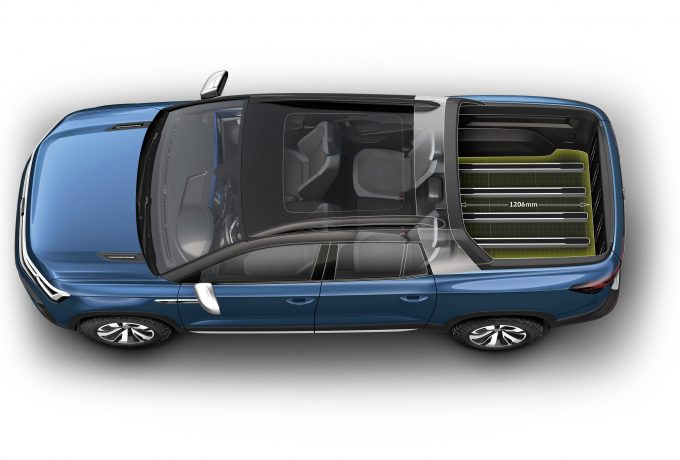 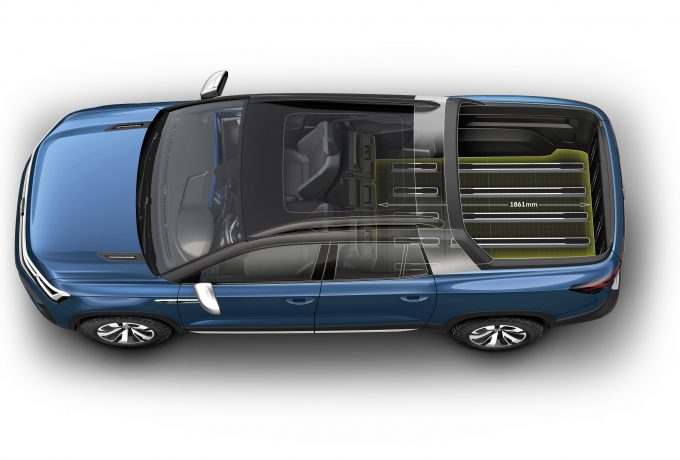 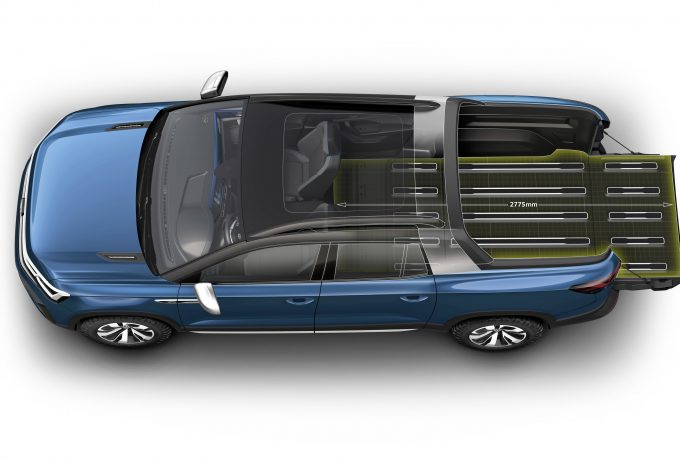 Real interest in the Tarok, though, comes around the back, with a variable load space. The design allows the load space to be extended by both opening the tailgate and then into the cabin. A system is in place so that it is possible to fold the lower rear section of the cabin, and the three rear seats, thusly extended the load space. In its smallest, most standard form, the bed measures 1206mm from back to front. Then extend it into the cabin and you’re looking at a figure of 1861mm and with the truck bed down it rises to 2775mm.

This could be of interest to those wondering about the lineage of the next-generation Amarok, as it itself grew from a concept before Volkswagen set it into production in 2010. One thing is for sure, the Tarok has potential to become a very versatile pick-up.