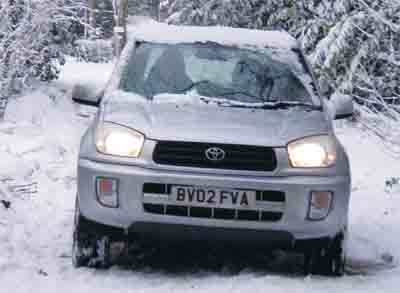 Once the initial shock of the snow had passed, it’s fair to say that we started to really enjoy our Rav4 last month. We spoke last issue about how impressed we are with the Continental ContiCrossContact winter tyres that we have fitted and have no hesitation of once again recommending that every reader considers doing similar. We live on a steep hill, which means that it quickly turns into a set from some disaster movie as the road becomes littered with abandoned vehicles within a few hours of any heavy snowfall.

We set off to buy our Christmas tree only to find the road blocked by sliding cars; no problem, a calm three-point turn on a hill, despite the road being heavily covered with snow creating almost absurd camber changes. The look on the face of the woman spinning the wheels of her Ford Focus, as we drove off in the opposite direction said it all.

Recent costs: AutoSock wheel covers, prices start at around £50 depending on the size required.