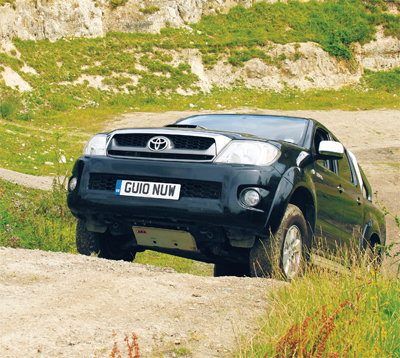 Personally, I want to blame the hose pipe ban that we had in Surrey, which continued even during the early summer deluge that we experienced. Happily sporting my new Cooper tyres, the Hilux had experienced a great day off-roading at Slindon. Now, since the Coopers do, just, protrude from the wheel arches of the Hilux, the splashing muddy water that I was enjoying was splattered up the smart shiny black paintwork. No problem, and to be honest, many people mentioned the rather impressive pattern it made.