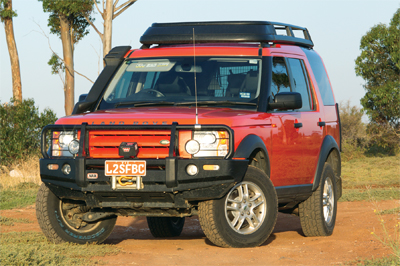 Back in the October 2012 edition of 4×4 magazine, I reported on our BFG KM2 245/70/17 mudterrain tyres and promised an end-of-life update. That time has now come and the verdict is in. A few years back the general rule was that you never used mud terrains on the road. This was because of poor handling, noise and excessive wear. Fast-forward to 2013 and now mud terrains are more ‘streetable’ than ever before, offering much improved levels of grip and refinement compared to their ancestor tyres. And today’s 4x4s are also much quieter, sharper handlers and better insulators of road noise than their ancestors, so combine those two factors and the mud terrain becomes a viable daily-driver option. But that said, the muddie is not without its disadvantages. The first is cost, not only in the purchase price, but wear.

The General Grabber AT2 all-terrains we ran lasted 65,000km and the KM2s 50,000km, but you also can’t wear any off-road tyre down to the legal limit, which is usually around 1.5mm depending on your country. We replaced the KM2s with 7mm left, down from the original 14mm, and at that point the performance was really beginning to drop off. Another cost is fuel use, as the mud terrains are literally a heavier tyre and don’t exactly have a tread pattern designed for economy.