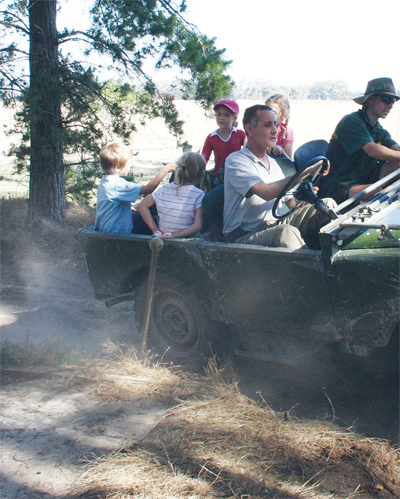 This time last month I was writing just before heading out on a day trip to parts unknown. That trip turned out to be straightforward, until the fabled ‘Four o’clock Track’ – the “one last drive” to round off a triumphant day, which the group decided to tackle at the inauspicious time of 4:05pm.  Well, let’s just say three hours later and four recoveries we towed one of the now-dead cars out of the bush. But that’s what off-roading is about, if you want a predictable drive then motor on down to the local shops.

We’ve done a couple more trips since then and right now I’m sat in a camp chair in shade provided by the Discovery, next to our family tent. We’re away again, this time with some Land Rover Series owners on a three-day event. Apart from writing this column, I’m also looking up the best places to buy batteries, as the D3’s main battery has suddenly started failing to hold charge, running down to around 10v overnight. We have a dual battery system and the second battery runs all the accessories such as the CB radio, fridge, navigation devices and laptop power so that’s all fine. But before that we need to get the D3 started, and it’s an automatic, so no jump-starting! It’s not usually a good idea to connect the starter car battery directly to the dead car’s battery then start it, but in the case of the D3 the service techs assured me that’s what you can do.  However, we play safe and just use a Discovery 2 to charge the D3’s battery up to 12.5 volts before starting it, and off she goes.