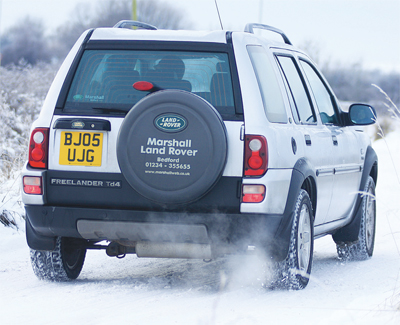 Jamie Stuart is my contractor, surfer and snowboarder son. He bought the Freelander in December 2010 after a long search for a good example at the right price. Jamie would have liked a Discovery but wanted as new a vehicle as his budget would allow so he looked at Freelanders instead. He has always been partial to the Solihull brand as he spent much of his youth around Nightingale Farm, Swindon where Michael Hall plies his trade in quality used Land Rovers.

Jamie learned to drive in Series Land Rovers at the farm and helped Michael’s son Stuart to restore a Series IIa. When looking for a good Freelander Jamie turned to Michael for advice on prices and fault finding. His budget was £5500 which is actually around the dealer’s book price, and most examples he found were out of his price range.