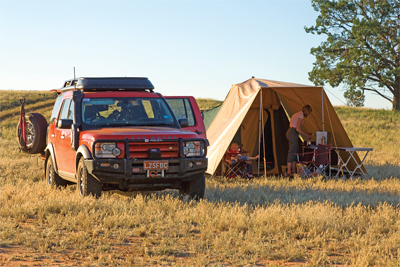 This is the last instalment of Our 4X4s from me about our Discovery 3, because it’s presently for sale. We’re replacing it with something quite different to the Discovery and why we’ve done that will be the subject of a forthcoming feature article. But with the Discovery passing from our lives it’s time to summarise the overall experience, which began back in 2005 when I first tested a D3. And I was hugely impressed, describing the car as a “traction bloodhound” while on-road capability was likened to a “skilled but obese ballerina”.  I also did a 10-vehicle seven-seater comparison test and the D3 won that too. Even today a 2005 Discovery 3 can hold its head up high with 2014-spec competitors, let alone the very latest D4 which is improved in many, and significant ways from the headline-grabbing engine down to the front suspension design. The beauty of the D3/D4 is that it does so much, so well – towcar, towncar, off-roader, tourer, driver’s car, overlander.  That’s why we bought it, as we needed a car that could do the school run on Friday and go across Australia on Saturday.

The Discovery is also one of the very few premium vehicles that you can accessories for overlanding. There are bullbars, cargo systems, roofracks, long-range tanks, spare wheel carries and everything else available off the shelf. Try getting that gear for a BMW X, a Touraeg or even a Range Rover.