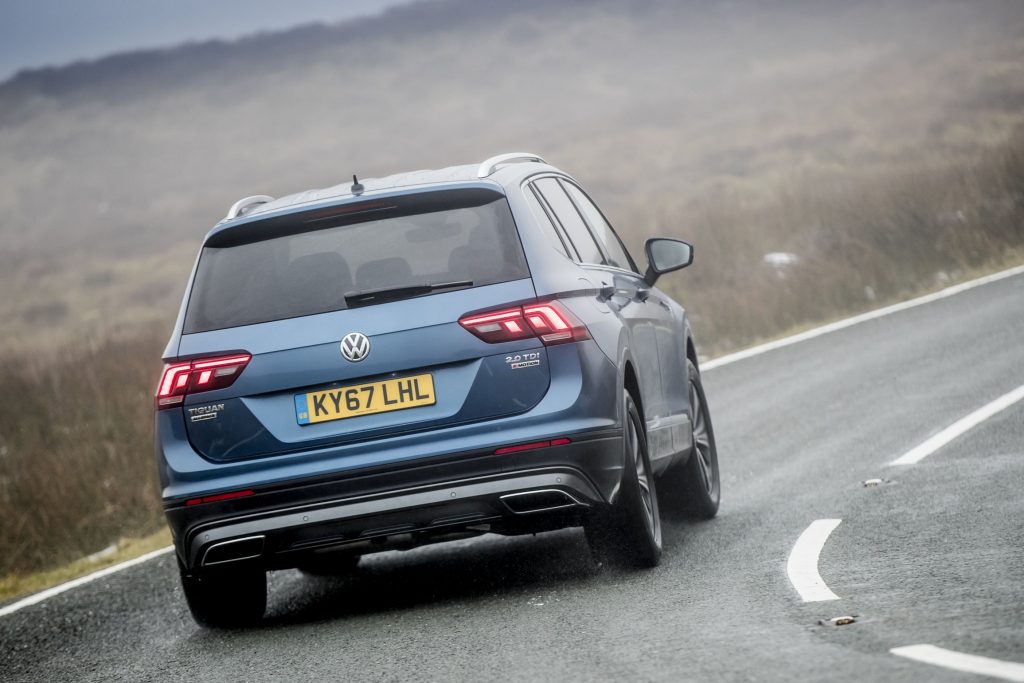 Following last year’s success for the Skoda Kodiaq, VW has decided to add a new seven-seater to their own line-up – Tiguan Allspace.

Essentially, this is a Tiguan with added flexibility. It’s 215mm longer than the regular Tiguan and the wheelbase has been stretched by 109mm. With your elongated Tiguan you get the privilege of ‘occasional seating’, which thankfully doesn’t mean you can only use them for birthdays and weddings.

What it does mean is that VW hasn’t tried to make out they’ve harnessed technology from the Tardis and applied it to the Allspace’s back row of seats. Instead, they freely admit these two pews are for the petite individual who is likely to be more interested in discussing with you the delights of Peppa Pig rather than available legroom.

There are a few other subtle differences between the Allspace and regular Tiguan, too. At the front, a taller grille and revised bonnet visually helps with raising the front in order to counter the extra bulk at the rear. The rear doors are longer and the shoulder line has been reworked, while off-road versions get amended bumpers and underbody protection. Even with the Tiguan’s growth spurt, it’s not an oversized vehicle and remains attractive.

The model we recently got our hands on was an SE Nav 2.0-litre TDI 4Motion 147bhp variant. Bit of a mouthful, but before we break it down for you, it’s worth knowing that this is the example VW estimates will be its top seller.

The ‘SE Nav’ denotes the starting point as you head up through the Allspace spectrum, past SEL and onto the R-Line derivatives. There’s a focus on providing high spec’d vehicles here, so all versions are generously equipped from the off. This base SE Nav, for instance, has the 8” colour touchscreen and Discover Navigation system.

VW estimates suggest that 95% of Allspace sales will be diesel, emphasising that TDI still pips TSI in this category – for now. You can get the 2.0 TDI unit in more powerful guises, and while initially sceptical about the 147bhp being able to haul the Allspace and seven people around, it will satisfy you completely, with a surprising amount of shove to serve up when prompted. Regarding the petrol units, the 1.4 TSI is only available in 2WD, leaving the thirstier 2.0 TSI. It may have 177bhp, but the TDIs can talk the torque.

There’s a mix of manual and autos on offer, but it’s the latter we’d advise you towards. Family life can tire you out, so why not let the car do the work for you? That is the idea after all. Plus you get paddles and a manual shift setting should you wish to take control and with the DSG ‘boxes being the best in the business, their slickness is difficult to play down.

Inside, it can look a little conservative – but as usual with Volkswagen, it’s all in the detail. The soft-touch plastics give an assuring feel of quality, while the cloth seats look up for a battle with the kids in the war of cleanliness. Controls are positioned well and easy to navigate.

And what of this ‘occasional seating’? A tether either side of the middle row flips them down and the occasional two are simple to put up or down. You can have a very spacious five-seat Tiguan or a seven-seater that will cope with the capability of swallowing a decent shopping trip.

Bigger boot, more seats, and more eventualities covered – what’s not to like. VW has quietly gone on and added that extra flexibility without harming the goodness already established in the Tiguan. 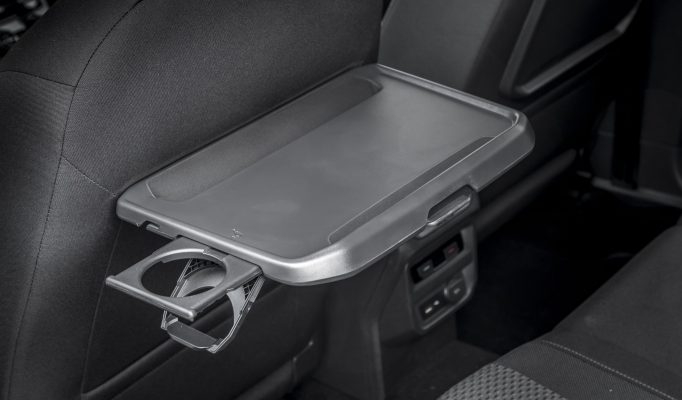 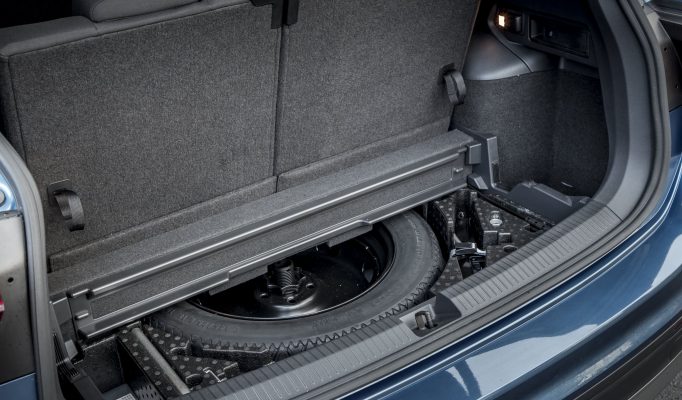 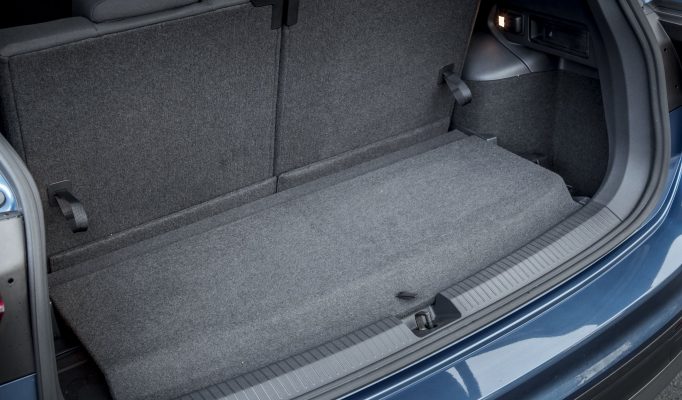 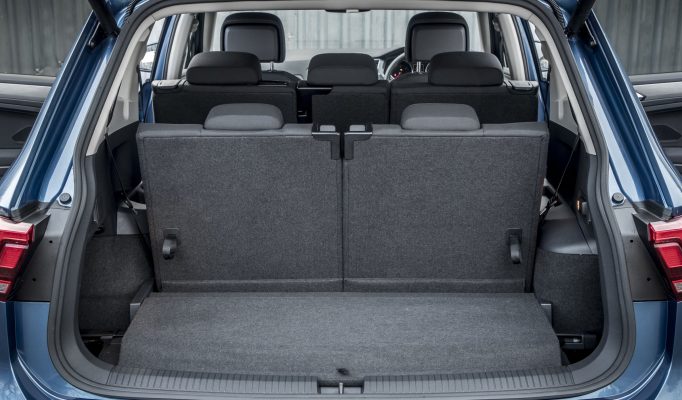 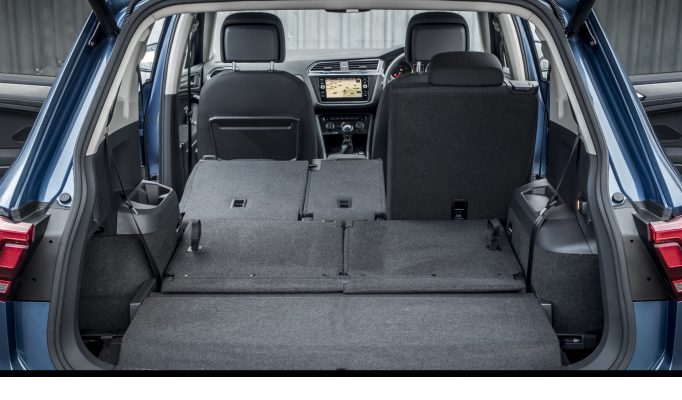 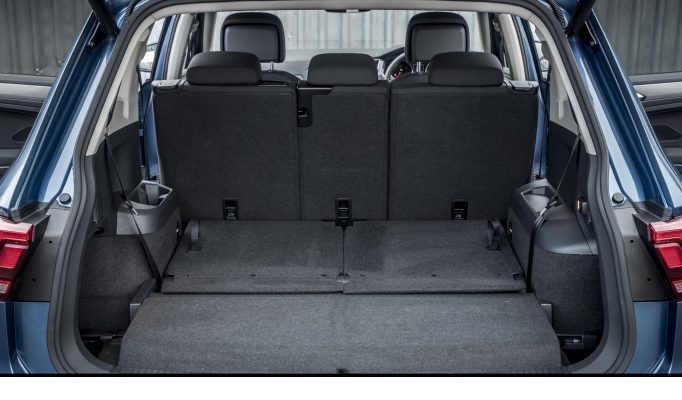 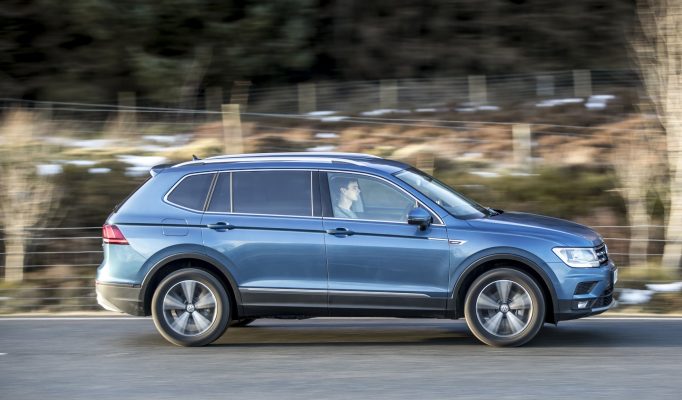 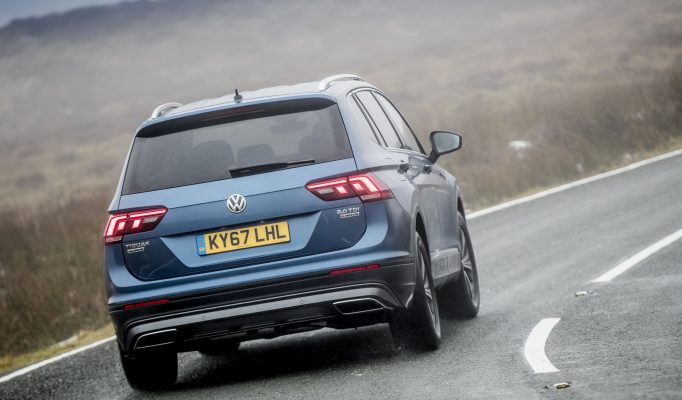 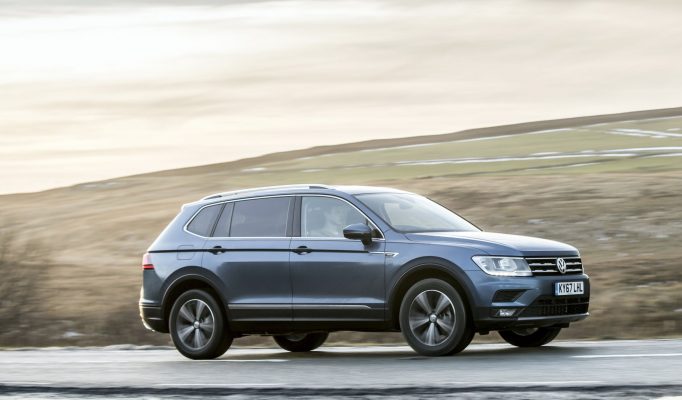