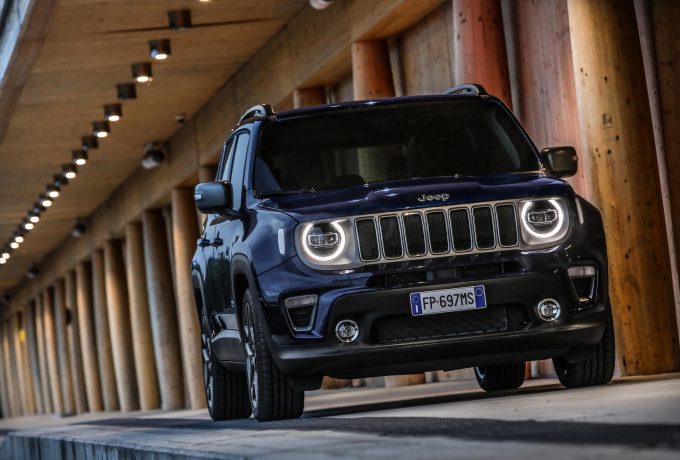 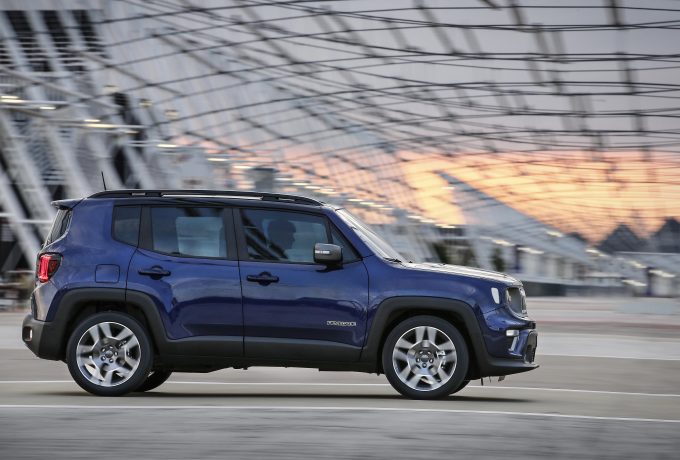 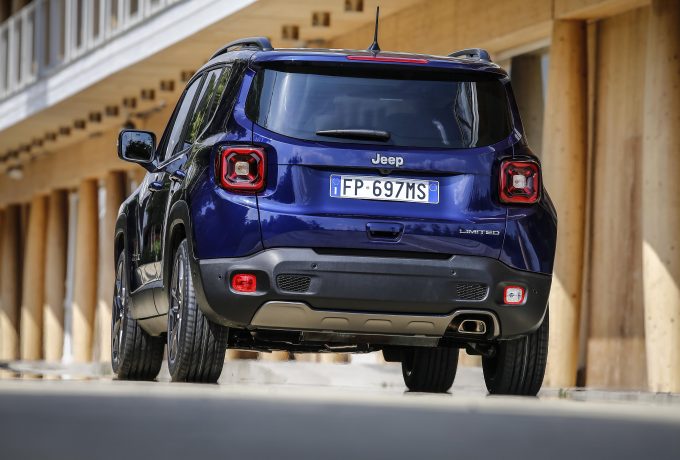 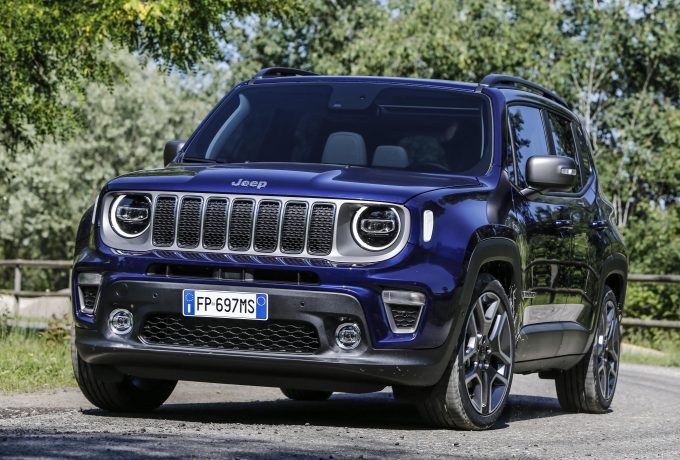 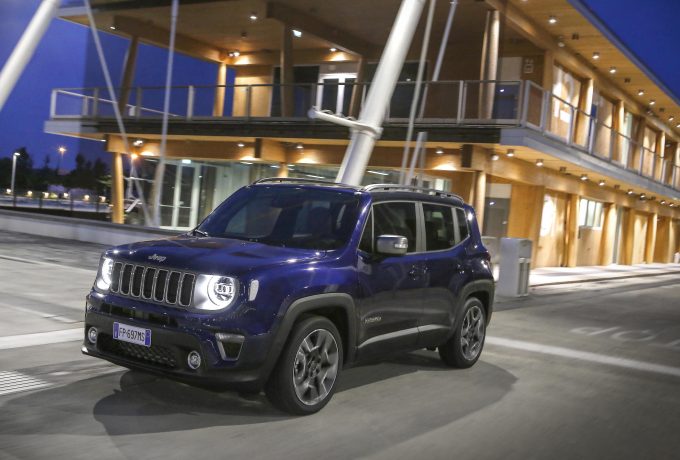 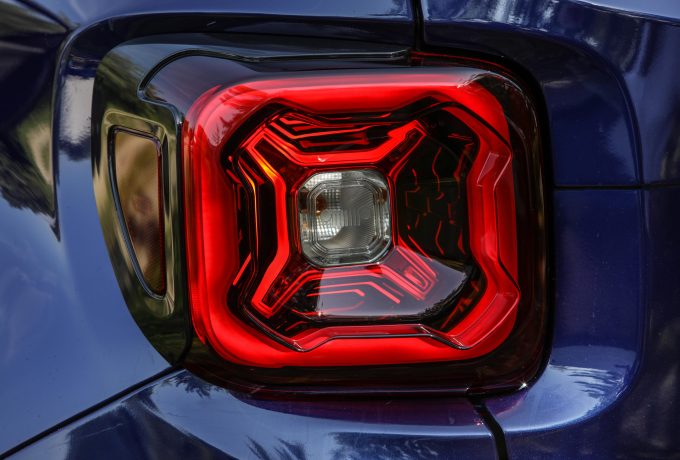 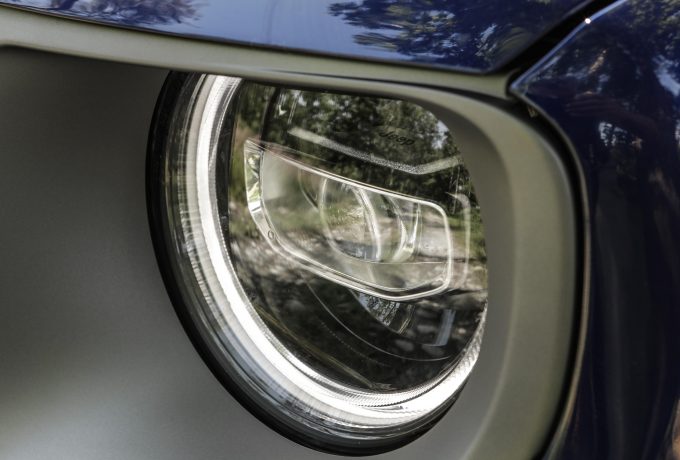 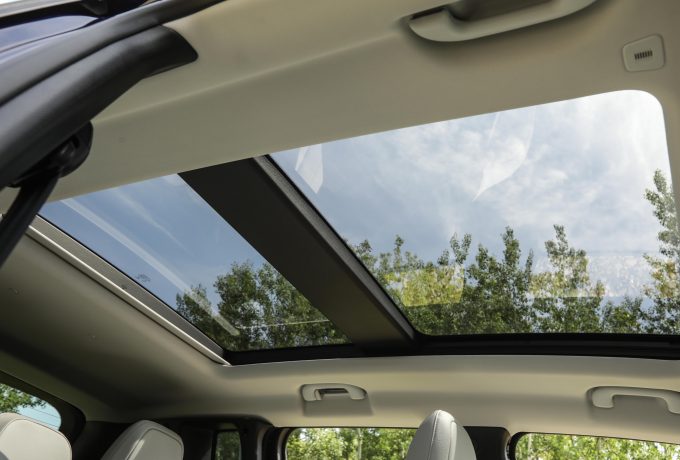 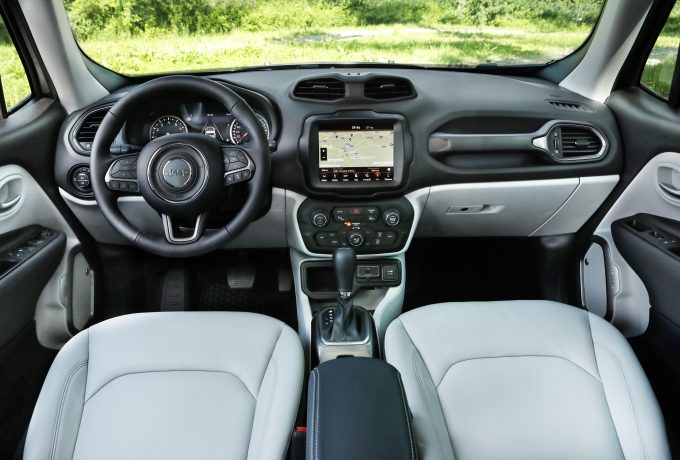 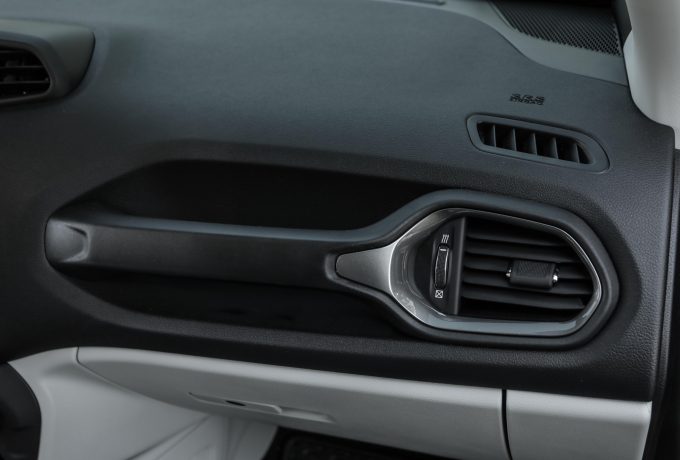 Jeep are flourishing as a brand, and a model that has helped the brand grow in Europe – and the UK – is the Renegade, and it’s just received its mid-life facelift. So what’s changed?

Firstly, the 2019MY Renegade looks fresh. The front end is updated and has taken inspiration from the new Wrangler. The stylish mimicry begins with circular lights either side of the trademark grille, featuring the same horizontal, rectangular LEDs found in the big brother. At the back there are more similarities, with the square tail lights echoing those on the JL Wrangler. There’s plenty of space inside and the interior is smart – ours was black with grey leather inserts on the seats and dash – there isn’t a luxury feel, though.

A touchscreen infotainment system dominates the dashboard, and at times the menus made simple functions overly complicated, but it is responsive and display quality is good. At one point, however, the system froze and became entirely unresponsive, before sorting itself out after an indiscriminate amount of time. But, this being an early model, we wouldn’t fuss over that.

There is a cost to the eye-catching design, however, as the tall, square cabin is a victim of loud road noise on motorways and visibility is poor. The safety features and blind spot warning system is fine on faster roads, but driving in towns you’re reminded that it’s just better to not have a blind spot at all.

It isn’t just the looks than have been updated, with three new petrol engines on offer. With new aluminium blocks, there is a 1.0-litre three-cylinder worth 120bhp, and a 1.3-litre unit with an extra cylinder available with 150 or 180bhp. On the diesel front the 1.6 and 2.0-litre MultiJet II units remain unchanged.

We drove the 150bhp 1.3-litre four-cylinder, which comes with 4WD and a dual clutch six speed gearbox. It was sluggish off the line and this initially resulted in the right foot asking for more than it needed. However, it did highlight that the new engine actually has something to give and was fairly peppy and energetic when prodded, and at cruising speeds it was comfortable.

Ride quality in the Renegade was surprisingly firm, with potholes and impurities on the road very noticeable and not entirely comfortable at times.

There was plenty of safety tech too. Alongside the blind spot indicator there’s lane departure warning, speed assist that reads traffic signs, forward collision warning with active emergency braking – all of which is standard on Limited models like the one we drove.

We also nabbed a brief go in a TrailHawk version, and although it wasn’t a taxing off-road course there was no cause for concern. The ride was rather on the firm side, as in the Limited, but with the added off-road modes it remained surefooted up and down steep gravelly climbs and remained unfazed by the route.

The Renegade is by no means the hardest off-road vehicle Jeep make. Nor is it a driver’s car. It’s a practical family vehicle that sits everyone in comfort and does a job. Put to use or not, Jeep’s off-road credibility means that the updated Renegade remains desirable as the rugged option is its class.

Full specs as pricing are yet to be announced, but expect prices to start at about £25k when the refreshed Renegade goes on sale in the autumn.