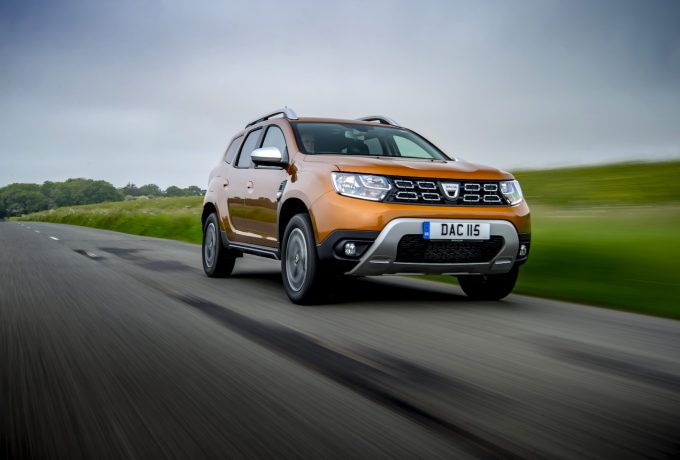 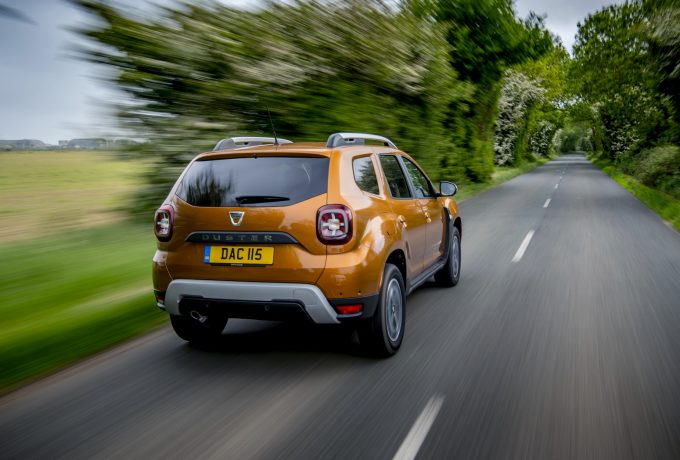 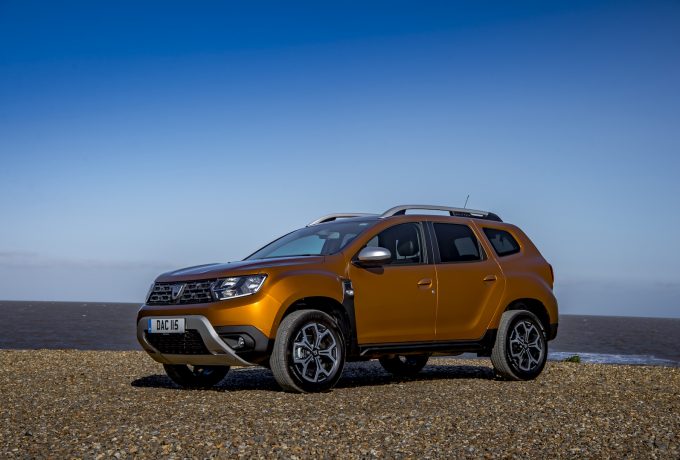 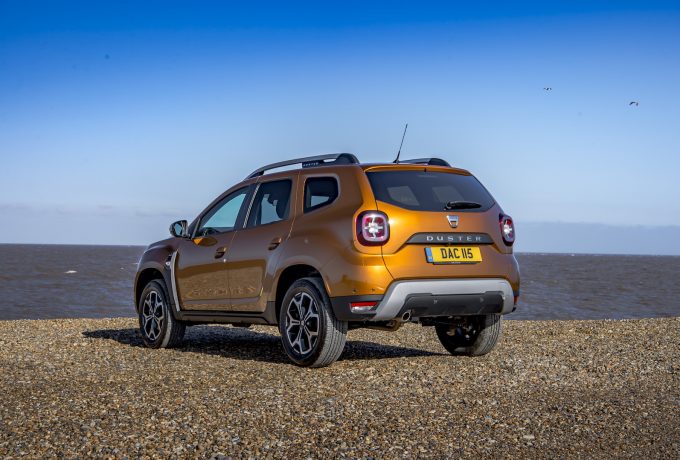 Dacia has come a long way in a short amount of time and it’s now time for the UK’s most affordable SUV – the Duster – to have a proper makeover.

Let’s be clear from the offset: this is Europe’s second best-selling C-segment SUV, so pay attention. Plus, this isn’t just a facelift either – you’re looking at the Duster 2.0.

There are no panels carried over from the old model, and the new version looks altogether more muscular. 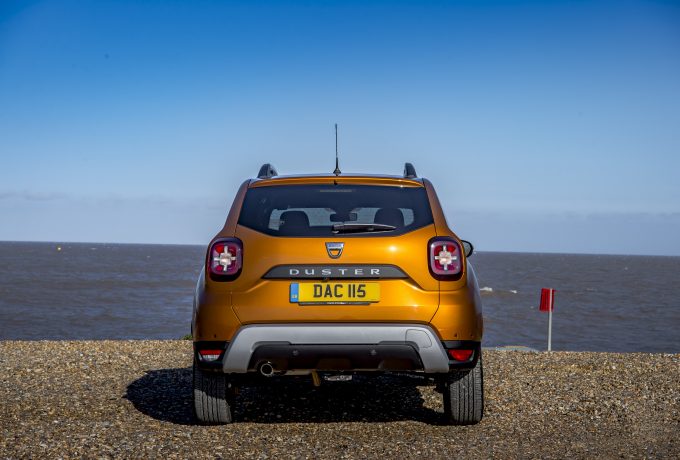 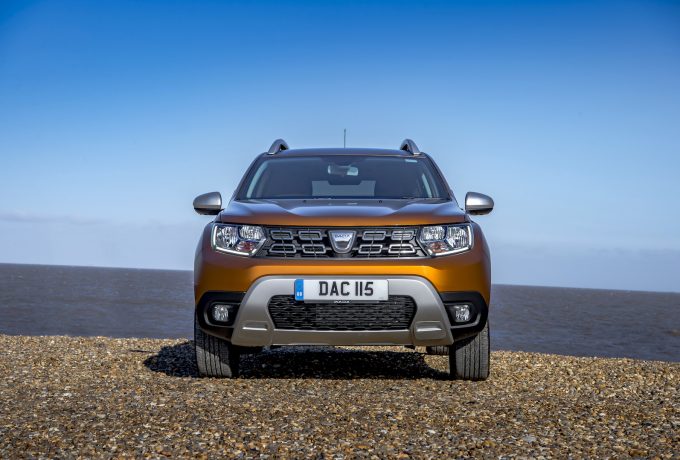 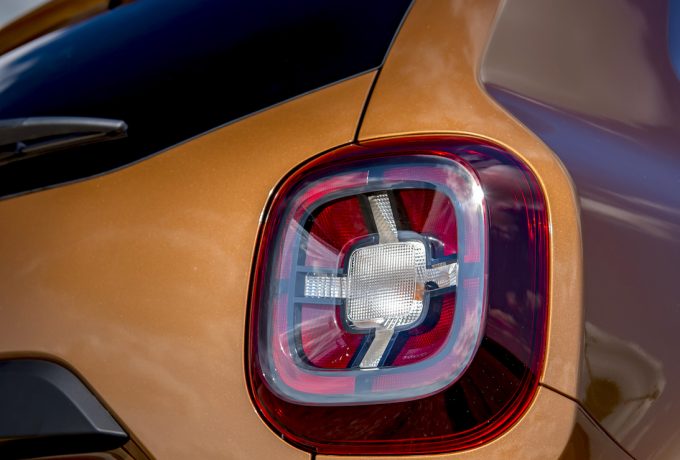 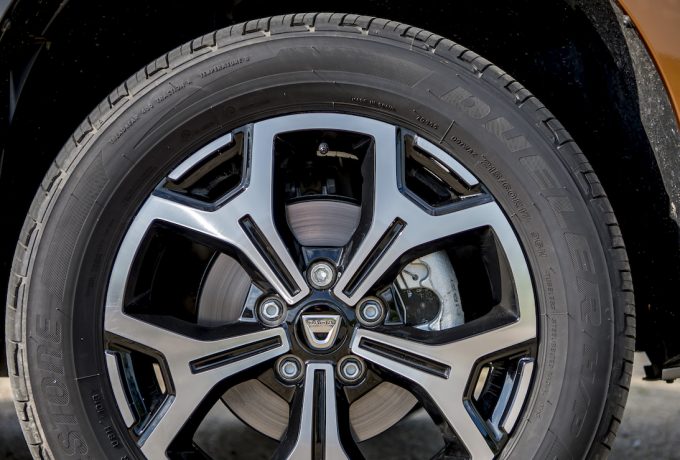 The sculpted bonnet, wider headlamps and revised grille all contribute to this, while the raised shoulder line gives a greater sense of security from inside. At the rear, the tail lights are now chunky and square and smart alloy wheels now reach as big as 17” on the top-spec Prestige derivative.

The simplicity of the brand is clearly inside. You have everything you need and nothing more. The new S-shape dash is uncluttered, with the focal point being the 7” touchscreen multimedia system that comes as standard on Comfort and Prestige trims. 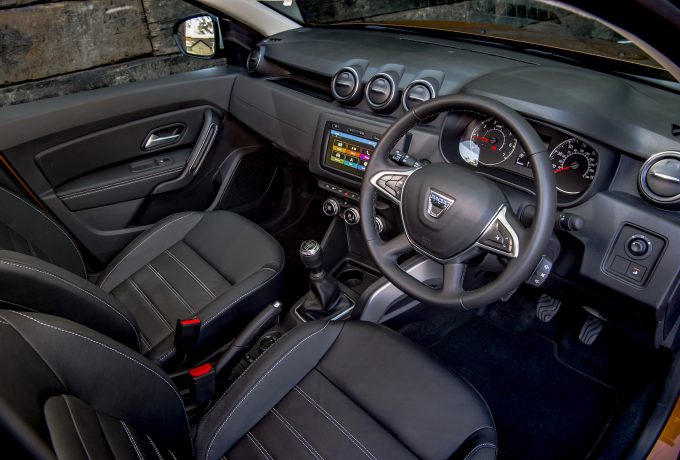 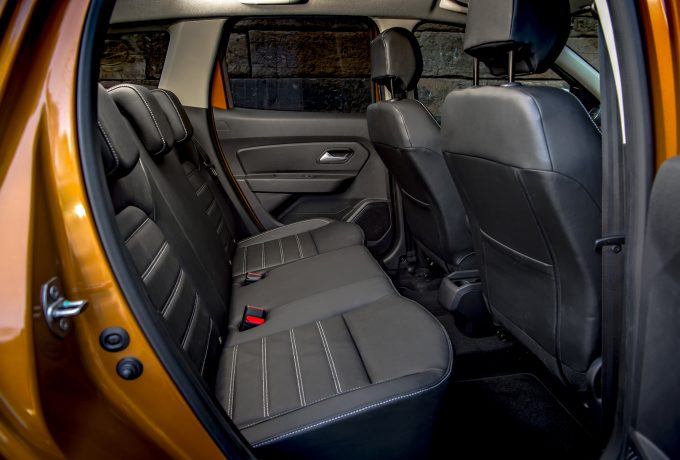 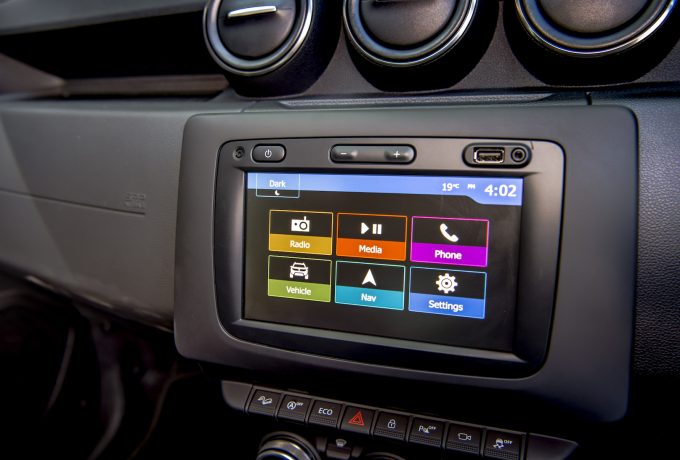 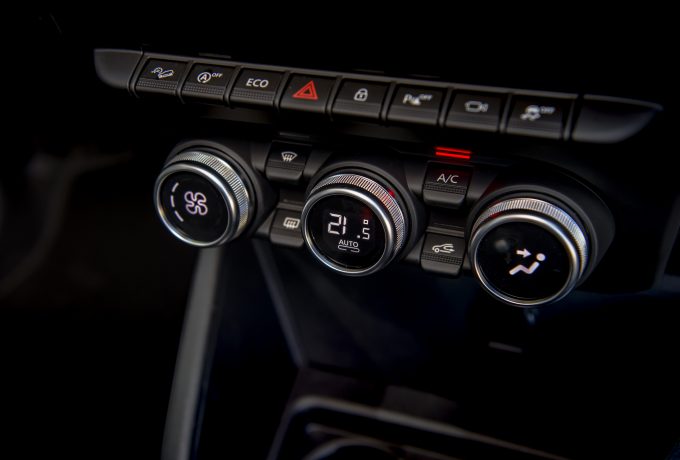 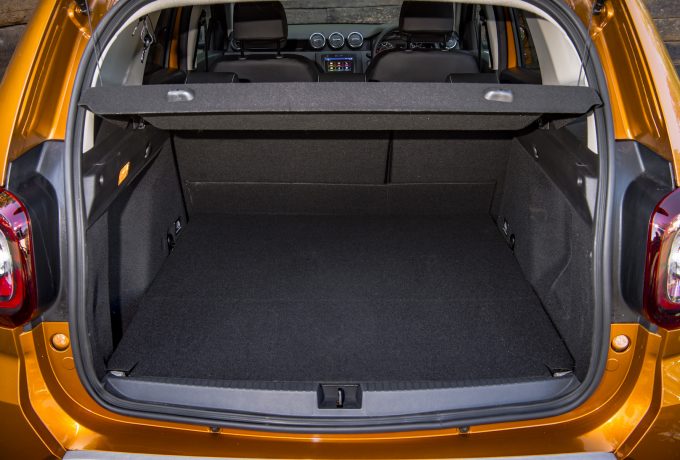 It’s a typical black interior, which should help it age gracefully, while the seating has been improved with height adjustability, even if more support under your thighs would be nice. Look more closely, though, and you can start to see how Dacia keep their prices so low.

The air vents for example (of which there are five) are identical, meaning they’ve only had to spend the time – and resources – in developing one vent. As a result, they can focus on stuff that matters, like improving storage and refinement.

A neat drawer under the passenger seat addresses the former, while the thicker glass and more liberal use of absorption materials behind the scenes tackles the latter. Okay, so the Duster still isn’t a byword for luxury, and there is an air of cheapness about the cabin, but you cannot argue when you consider the Duster’s pricing.

You can get behind the wheel of a new Duster for just £9,995, albeit one that is basic even by Dacia standards and only 2WD. Nevertheless, you could go all-in for the 4WD Prestige model and you only need to part with £16,395. You’ll find that down the back of the sofa…

And for your sofa change, you now get rather a lot. Owners of the old Duster wanted a few of the extra toys you expect to get with modern cars. Climate control, keyless entry, a rear camera and even electric power steering – you can fill your boots with the new Duster. There’s even fancy tech like blind spot detectors, although no lane departure or autonomous braking yet.

What about driving, then?

Well the 4×4 variant only comes with the 1.6-litre 4cyl SCe 115 petrol motor. It’s a naturally aspirated unit and rather slow. But, in the absence of a turbo, this is an engine that loves to rev and even manages to sound fruity on occasion. So you can thrash it to your heart’s content (necessary rather than a choice) and you’ll still only be doing 17mph.

Thankfully, a turbocharged TCe 130 engine is expected to arrive in March next year, which should help provide some welcome mid-range. The 4WD Duster also uses the six-speed manual over the five-speed, lowering drone on motorways. Shifting gears requires a relaxed approach, but is certainly no chore, while the lighter steering will prove useful around town. The only place the Duster does start to feel out of its depths is on the faster roads, where tyre noise, ride quality and its lack of power are all exposed.

Around town the suspension setup is actually pretty good at tackling the worst of British roads. Off-road the Duster is a capable and formidable machine, with short overhangs, all-new Hill Descent Control, short first gear and the 4WD rotary system, the same you get in a Nissan X-Trail. 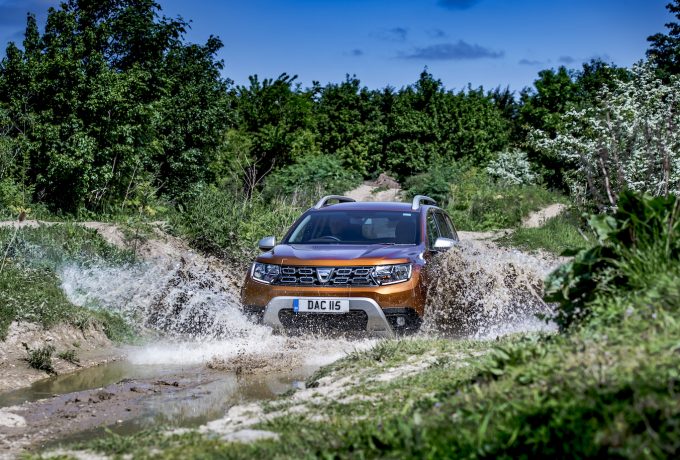 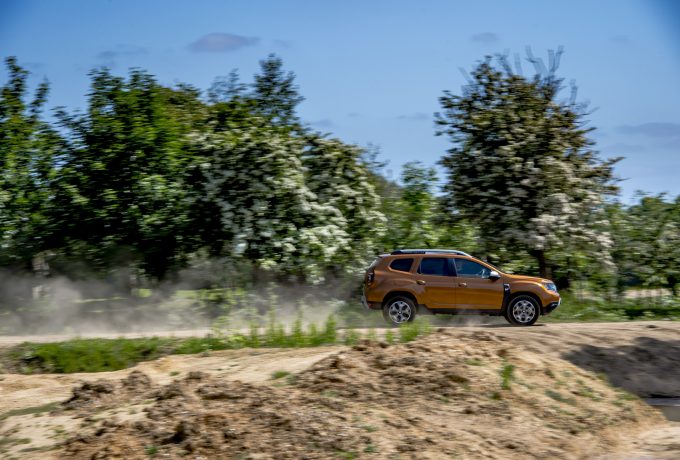 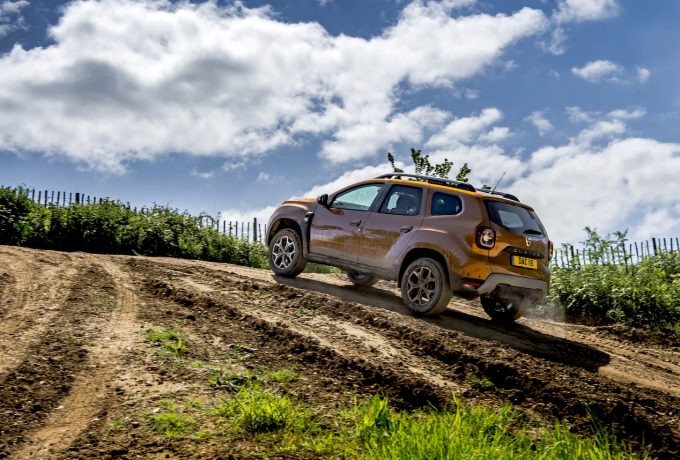 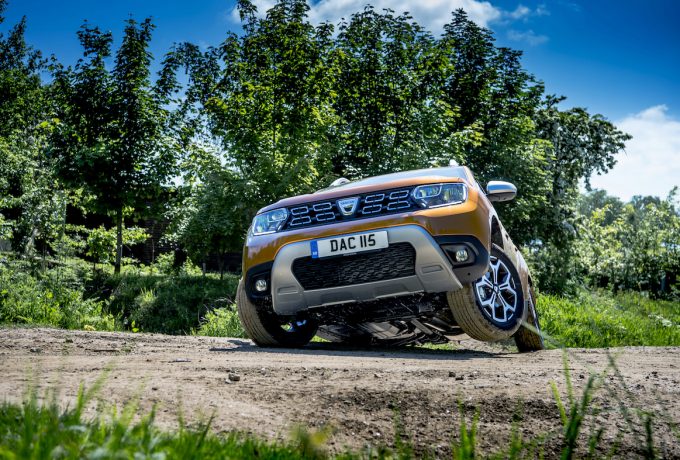 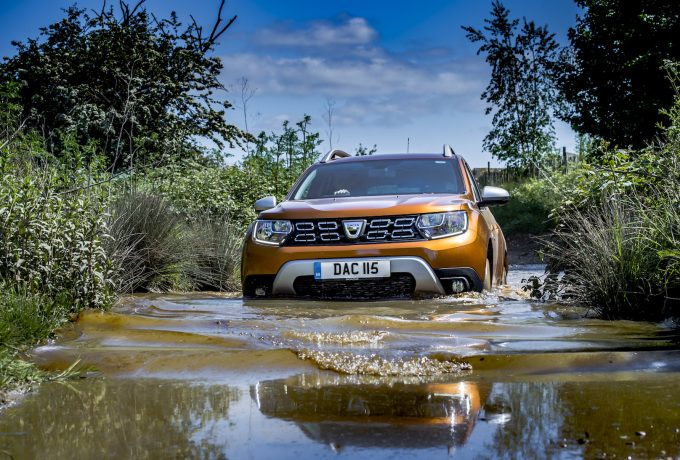 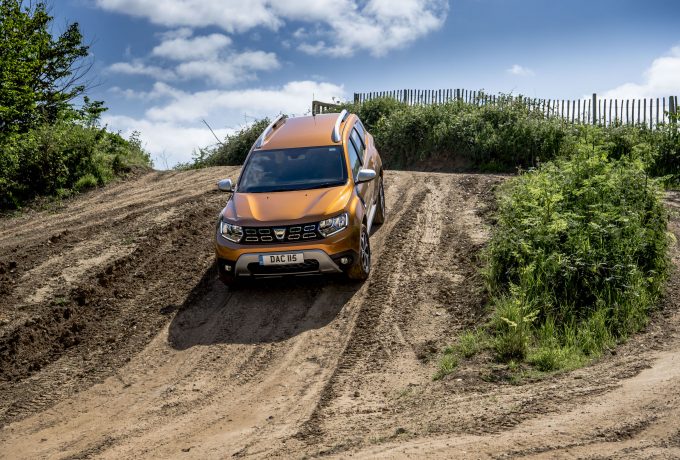 It’s still more of a soft-roader, with limited articulation and no low-range ‘box, but it’s determined to conquer any obstacles in its way and performs like an SUV as well as looking like one.

Like Dacia, the Duster sticks to doing what it does best. It’s a plucky SUV that will give you everything you need on a drive as you go about your daily life, but has more than enough ability to turn out a welcome surprise now and again.

Plus, the Duster seems a vehicle that is as easy on the eye as it has always been – and still is – on the wallet. 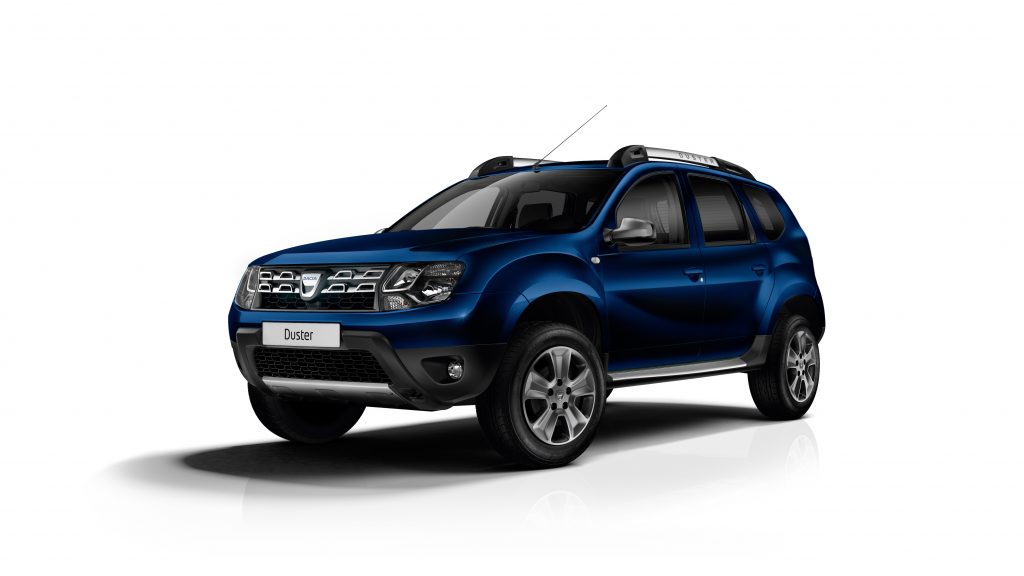 The new Air trim has DAB radio, bluetooth connectivity, air-con and front electric windows as standard, and has a starting price of £10,995.

There are three engine choices across the Duster range, with a 1.6 petrol available with Access and Air trim lines. The range-topping Nav+ is available with a choice of a 1.2 petrol and a 1.5-litre turbo diesel.

With the new Nav+ trim starting at £13,095, the Duster retains its bargain pricing, whilst the new trim adds more sophistication.