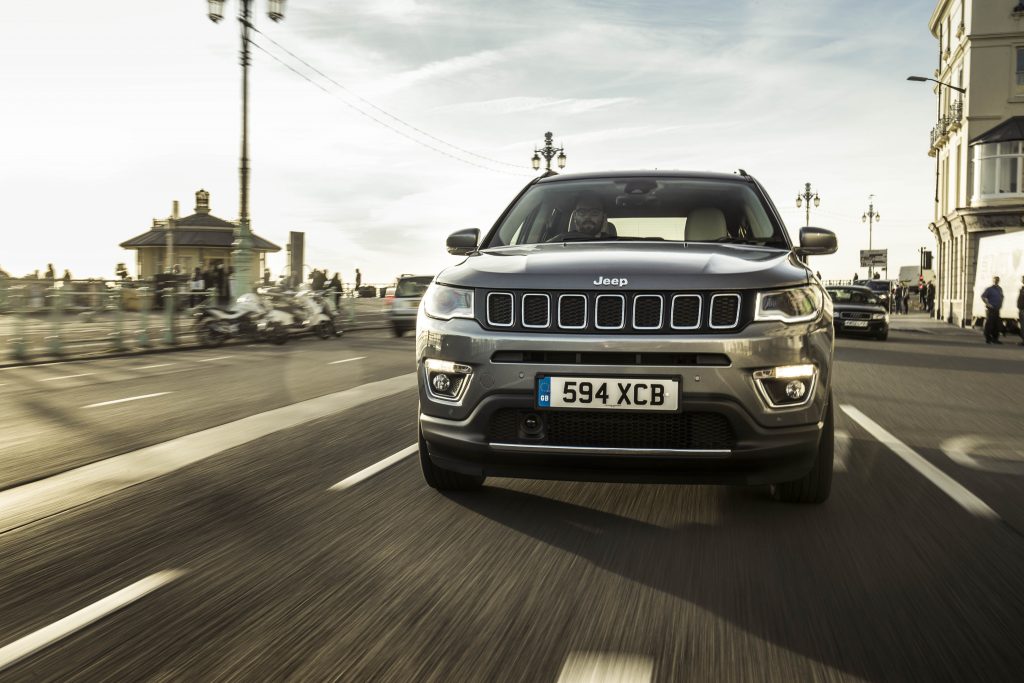 We drove the new Jeep Compass on its European launch in the summer. But now we’ve tried it out where it matters – here in Blighty.

Again, we had a spin in the 2.0 Multijet II diesel, but this time we also tried out the 1.4 MultiAir II turbocharged petrol equivalent. In versions of the Compass with four-wheel drive, both produce the same figure of 170bhp when mated to Jeep’s nine-speed auto box (there’s also a 140bhp version of the 2.0-litre unit with a manual box, but that’s for another day).

So our test was really about the two engines. At cruising speeds, there’s nothing to choose between them. The gearbox transitions are smooth and both are similarly quiet and comfortable.

Inside, the cabin is cleanly laid out and the touch-screen infotainment system is simple to navigate. The vehicles driven here were both in range-topping Limited spec, which means seats trimmed in full leather and, at the front, both heated and vented.

Again, the leather-wrapped steering wheel feels good and solid and the cruise control regulators are straightforward to operate. For taller drivers who require the seat further back, however, the restricted headroom that comes as a side product of the panoramic sunroof isn’t ideal.

We found the Compass’ ride to be notably informative over something as slight as cats’ eyes, and on uneven streets and B-roads this was amplified. It wasn’t uncomfortable by any means, but for something with off-road credentials in the wheelhouse we hoped for a smoother deal on everyday surfaces.

Talking of off-road credentials, we didn’t get to test these as the route set out for us to follow on the launch stuck exclusively to tarmac. There is, however, a Trailhawk version of the Compass coming during 2018 – and if you like the look of the vehicle as your next off-road giant-slayer, it will certainly be the one to wait for.

Back in the here and now, the biggest difference between the engines in driving terms is how they work with the automatic gearbox. Both may produce the same power, but the diesel has 258lbf.ft from 1750rpm while the petrol only gives you 184lbf.ft at 2500rpm – and the difference is very apparent.

The petrol engine doesn’t cover the auto box in a lot of glory. Unless it’s bullied, we found it sluggish when pulling away – bridging the gap between dangling yourself in front of traffic at roundabouts and steaming across them can be a frustrating task. A window of opportunity in between these extremes does exist – it’s just smaller than you might expect.

There are similar delays in power delivery when building up speed – and if you over-compensate, your wrists are slapped with torque steer. Downshifts on a decline caught it out a few times, too – we found it shifting down a gear too many and over-revving loudly as a result.

The diesel is a lot better behaved. The sooner the torque comes in, the happier the gearbox is. It doesn’t feel as if there are too many gear ratios in the mix, it copes better with downshifts and it’s less anxious and more refined in city centre traffic.

In every other way, the Compass is comfortable in urban environments, with light steering making it easy and untaxing to manoeuvre around town. Its contemporary styling makes it look like it belongs, too – which, trivial though it may sound, is no small concern on the school run.

Visibility is less than fantastic, however. There are blind spot indicators to help you out, but the C-pillars do dominate the view over your shoulder. 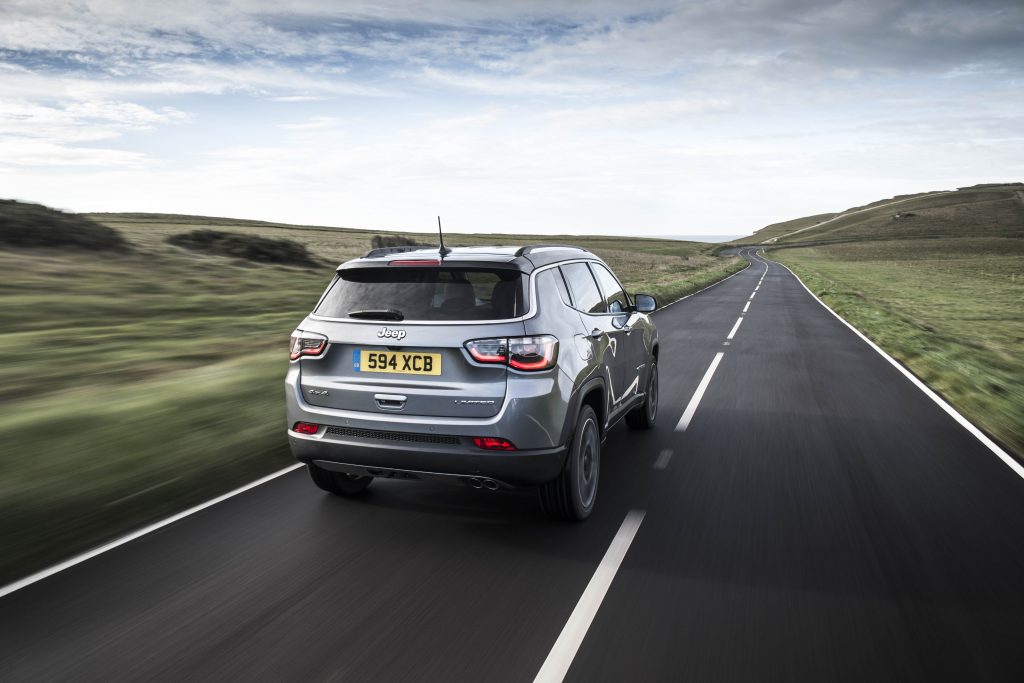 On the whole, though, the Compass is a solid entrant for Jeep into the medium SUV market. We’d certainly choose the 2.0-litre diesel, however, whose extra torque works far better with the auto gearbox, making it much nicer to live with, and in Limited trim the cabin is a really nice, plush place to sit.

It is, however, on the expensive side. The 2.0 MultiJet II auto 4×4 lists at £34,295, and the vehicle we drove on the launch had options on it which would have taken that to £39,645. How that will look alongside the best of the Compass’ many excellent competitors in the medium SUV market is open to question – though taken on its own merits, this new Jeep certainly does have a lot to recommend it.