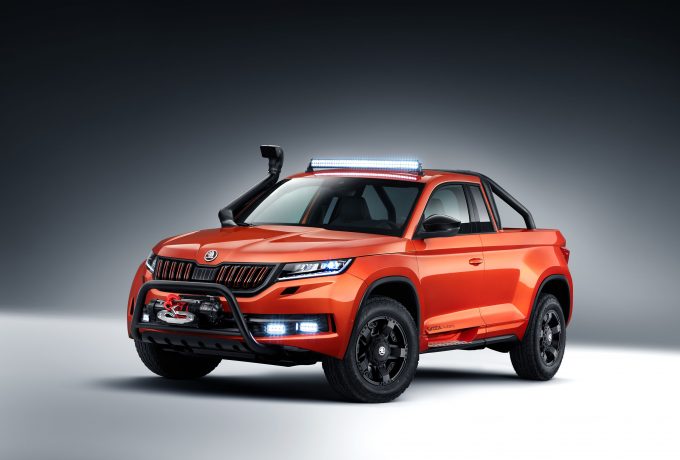 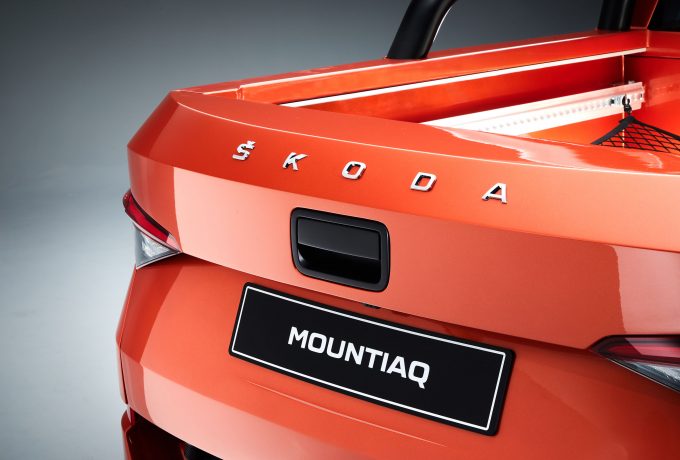 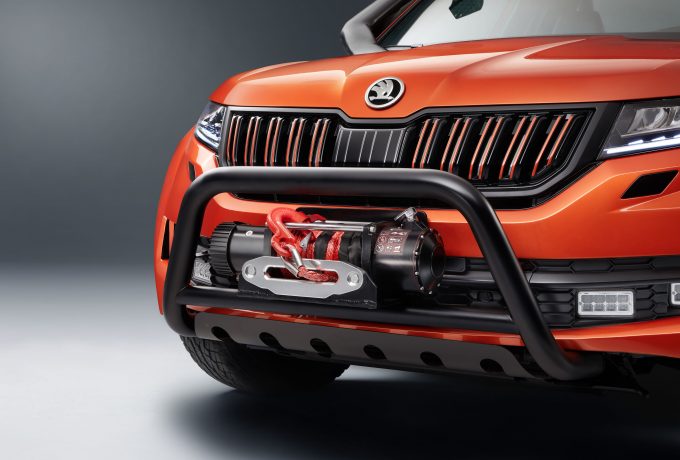 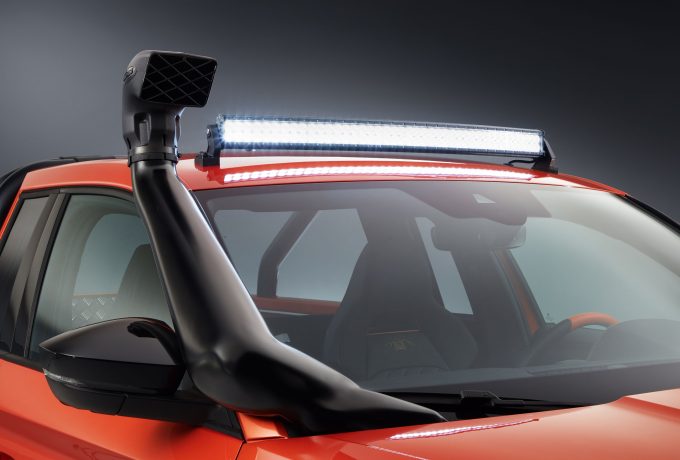 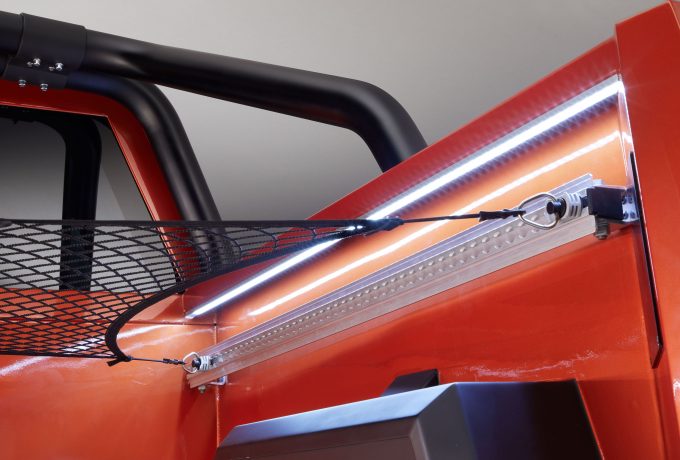 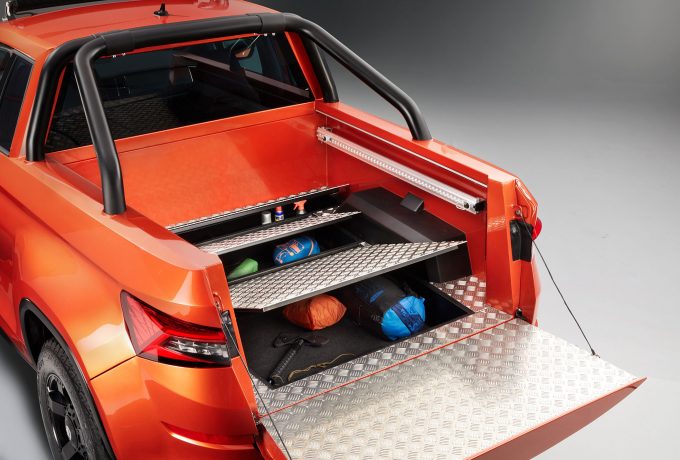 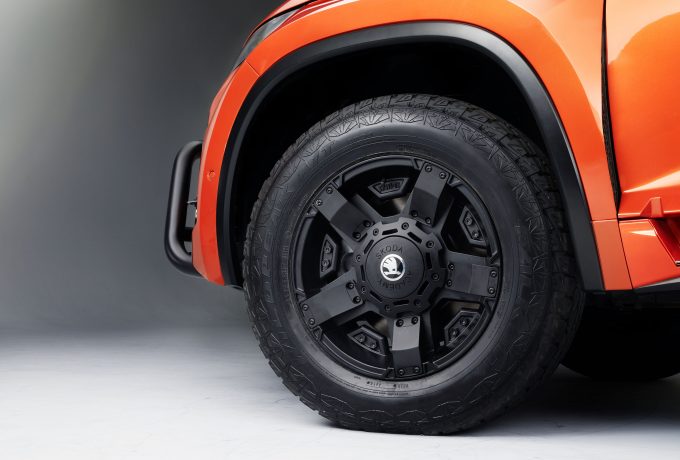 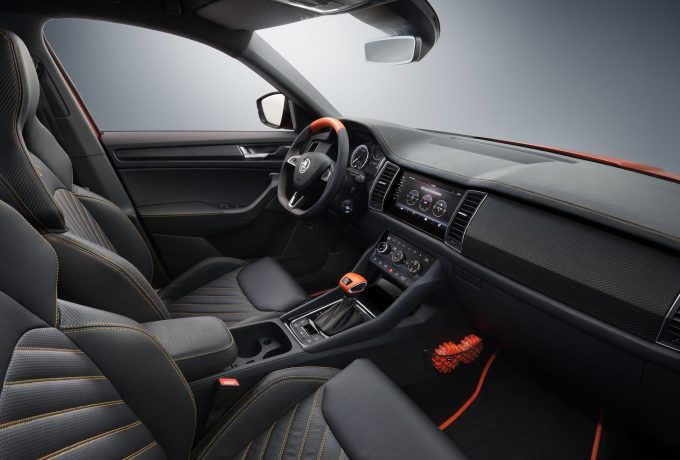 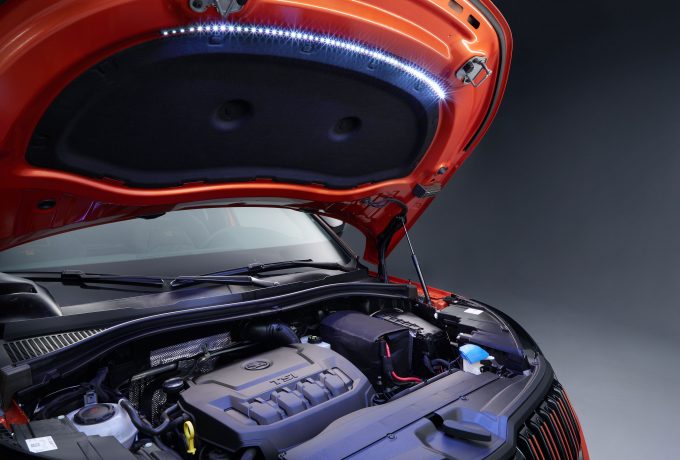 In rather surprising news, Skoda have revealed a pick-up truck.

The Mountiaq concept is a Kodiaq-based pick-up that is the culmination of this year’s work from the class of the Skoda Vocational School in Boleslav.

A team of 35 Skoda apprentices envisaged the truck, from the light bar on the roof, down to the winch and even the specific Sunset Orange paintwork.

It has taken the team of apprentices in excess of 2,000 hours over the last eight months to build the Mountiaq, with production starting in January. After the sketching phase was completed, the body was reinforced before the roof of the Kodiaq was removed and the tough work began. A new rear panel was then fashioned, along with new windows for the double-cab body type.

Another key component of such a shape is the truck-bed, which had to be designed and fabricated and took the overall length of the truck to a whisker under five metres. The bed includes a hidden storage compartment beneath the surface, and the longer and wider stance means that the doors were redesigned to fit, whilst both front and rear bumpers were modified – clearly, as the Kodiaq doesn’t come with a winch…

Ground clearance has been improved, tallying 29cm to the Kodiaq Scout’s 19, with the upsized 17″ Rockstar alloys and more aggressive tyres playing a part. The overall wheelbase is now 2.79-metres, whilst vehicle width is a touch over two metres and it stands at 1.71-metres tall.  A 190bhp 2.0-litre TSI petrol powers the Mountiaq, which also has a snorkel, bullbar and specifically designed winch mount.

Inside, the Mountiaq features plenty of cool features. There’s a glowing Skoda logo in the headlining, a fridge, uniquely embroidered seats and a set of walkie talkies. interior highlights also match the exterior Sunset Orange.

Being students, they’ve also whacked a bigger sound system in there, adding 4,000 watts split evenly between an amplifier and subwoofer, whilst numerous facets of the car are suavely underlit to give it a real edge. The Skoda badge, engine bay, bed sills and radiator grille are all lit, whilst there’s Skoda branded puddle lights, too.

One thing is for sure: we wouldn’t mind a jot if this entered production…