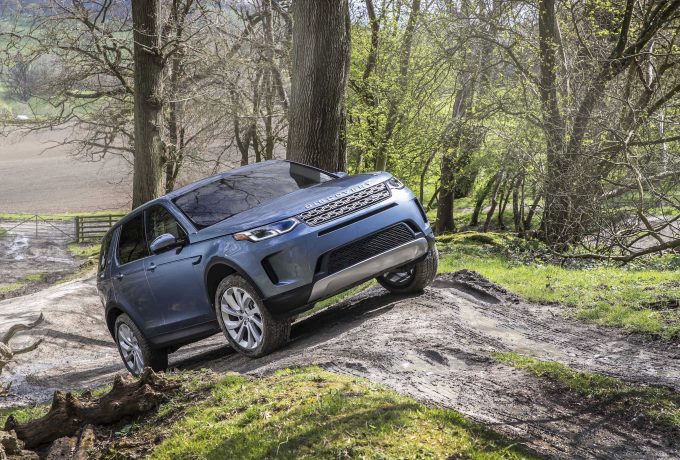 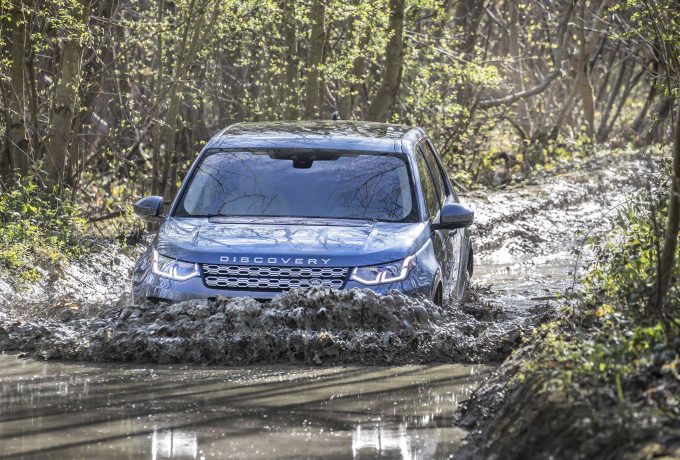 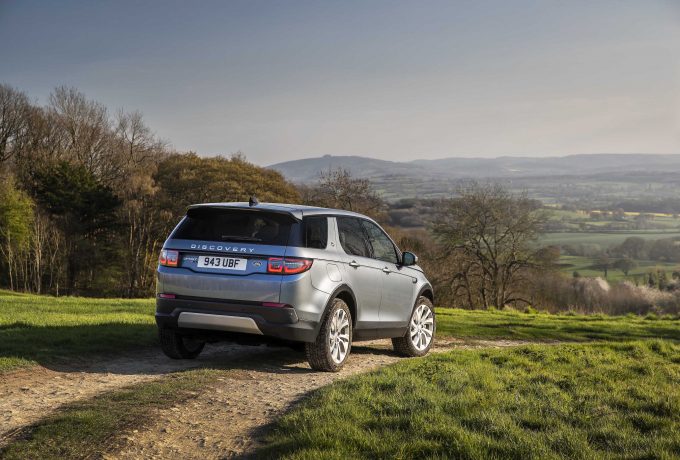 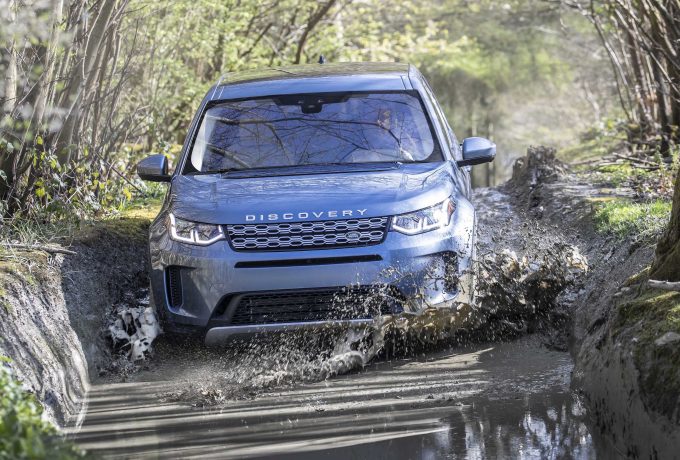 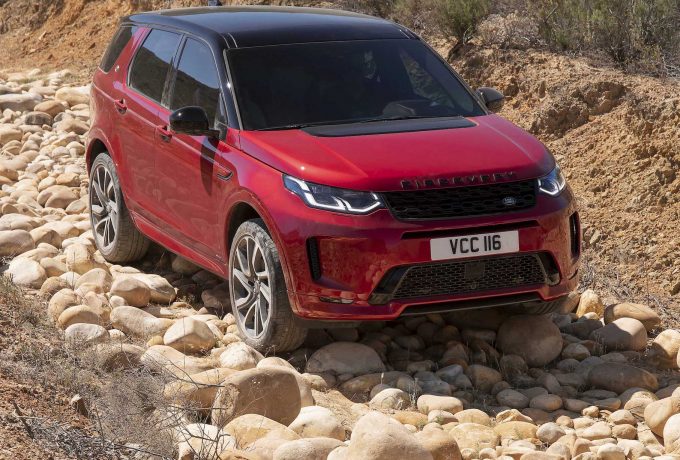 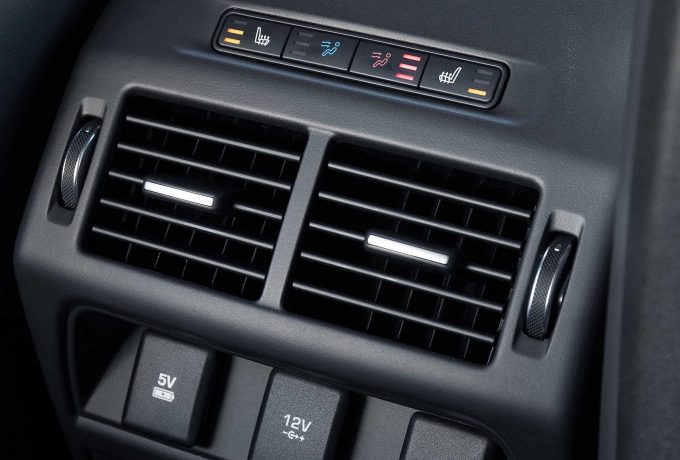 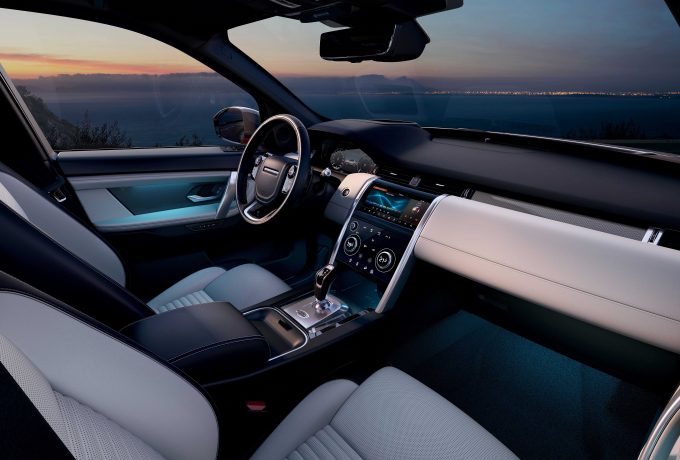 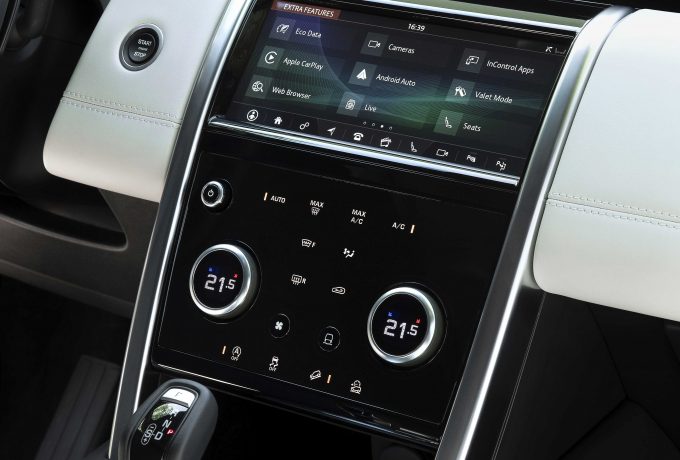 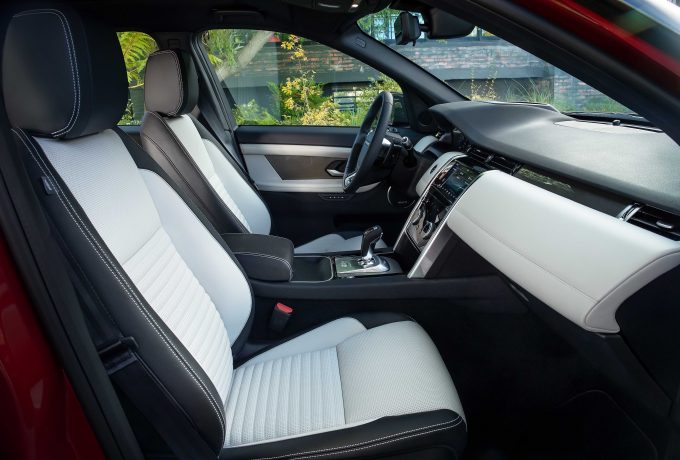 Inside, the cabin retains the five-plus-two seating arrangement, with a folding middle row planted on runners and a pop-up third row meaning there are 24 different seating combinations offering great flexibility. Small item stowage now has a total tally of 48-litres with a larger than before cubby box and improved door bins. The central storage is flexible, too, with a removable tray, a pair of cupholders plus a net to keep any cables or the like from tangling themselves around anything and everything. It’s base is also a useful wireless charging pad – a first in Land Rover products. There will also be Apple CarPlay and Android Auto available, alongside a 3G Wi-Fi hotspot.

There’s room for 1,179-litres of luggage in the boot as a five-seater and folding the second row flat affords you an extra 307.5 bottles of carbonated drink in the back (615-litres). Standard fitment includes a cargo net to stop items rolling about when the boot isn’t full.

There is a quartet of Ingenium powertrains on offer from launch, with three petrol options and a diesel. The 150bhp diesel is the most economic, capable of up to 51.4mpg whilst driving the front axle through a manual six-speed, whilst the 250bhp petrol unit with 269lbf.ft paired with four-wheel drive is the zestiest, shooting to sixty in just 7.1 seconds. The 48-volt hybrid option available at launch harvests energy usually lost under braking and stores it in the underfloor battery, until needed to assist the engine in pulling away and acceleration. At speeds below 11mph the engine will also shut off to minimise emissions, with the unit able to reach 40.9mpg. Before the year is out there will be a plug-in hybrid option, using a new three-cylinder Ingenium engine, on the market, too. The other options are the D180 unit, producing 180bhp, 317lbf.ft and the 240bhp, 369lbf.ft D240 powertrain. The updated ZF nine-speed automatic gearbox has been tweaked to offer a two percent increase in economy.

A true Land Rover, the new Discovery Sport has a towing capacity of 2.5-tonnes and has superior off-road ability in its class thanks to 212mm ground clearance and approach, departure and breakover angles of 25,30 and 20 degrees respectively. Four-wheel drive models get Terrain Response 2 off-road system, offering Comfort, Sand, Grass-Gravel-Snow, Mud and Ruts modes to keep the Discovery Sport surefooted on all surfaces. It also features Hill Descent Control, All-Terrain Progress Control on four-wheel drive models and it can also be fitted with the ClearSight Ground View technology debuted in the all-new Evoque, which effectively makes the bonnet transparent.

There will be twelve exterior paint options for the newly sculpted bodywork, whilst the interior features fully redesigned seating and the dash now incorporates a 10.25-inch Touch Pro Infotainment touchscreen. There’s a mix of rotary dials and buttons, too, set into the gloss black interface. The three-spoke steering wheel features capacitive switches that integrate with the multimedia system and the driver has a clean and crisp digital instrument cluster. There are many responsible material options for the revolutionised interior, such as non-leather Luxtec – made from recycled polyester microfibre.

The extensively revised Discovery Sport is available to order now, with pricing starting at £31,575 on the road for the two-wheel drive model and rising to £50,000. Delieveries are expected in the late summer.