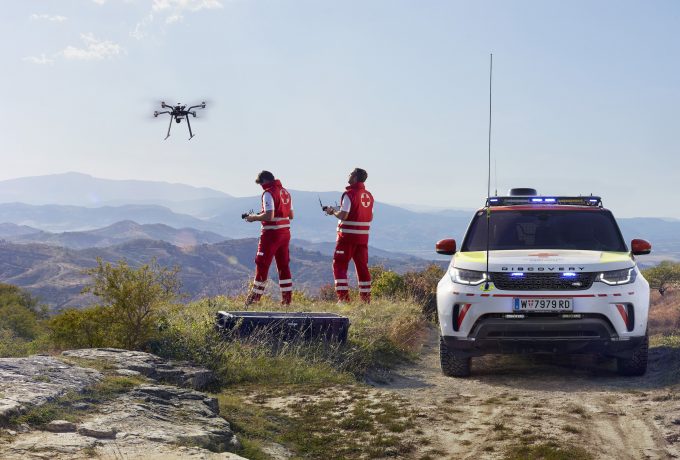 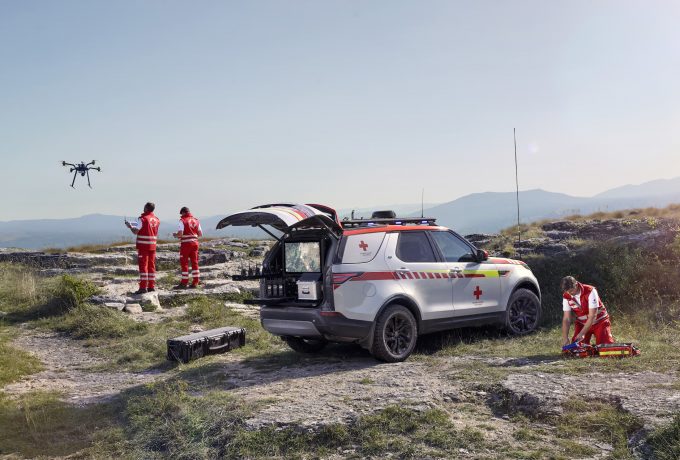 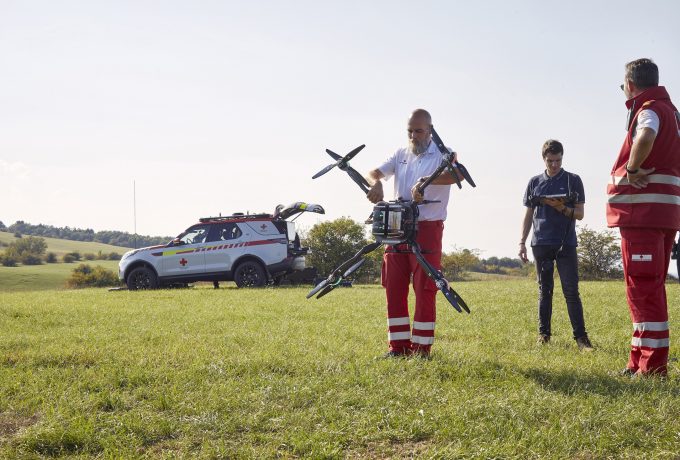 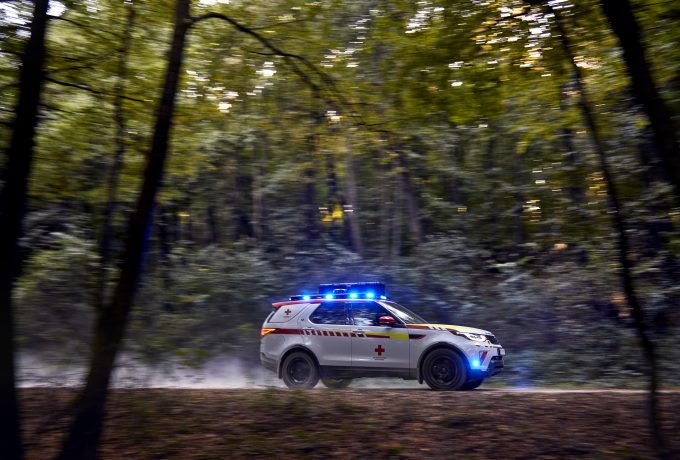 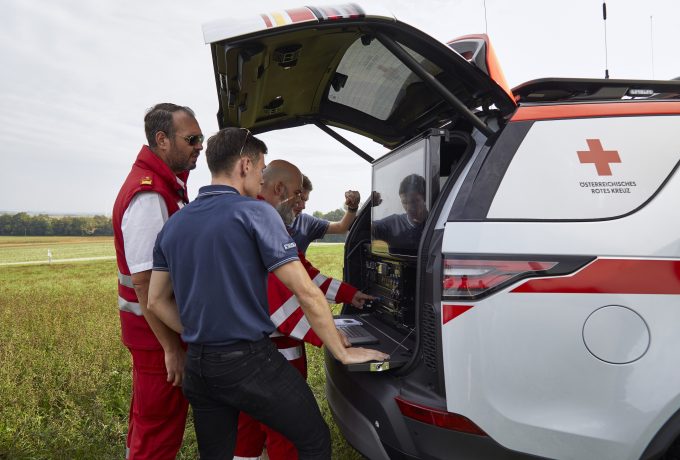 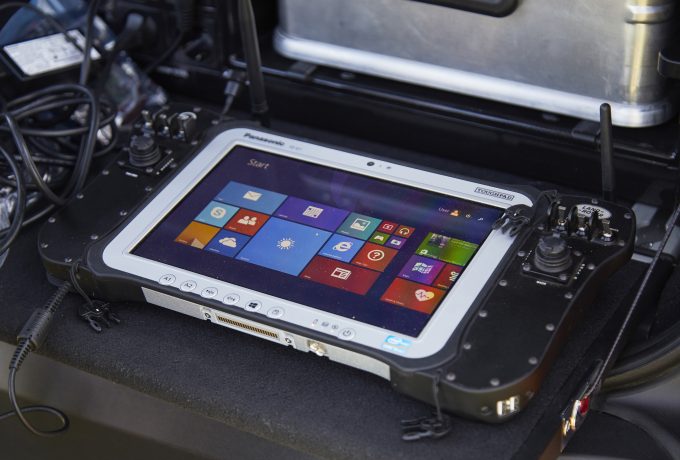 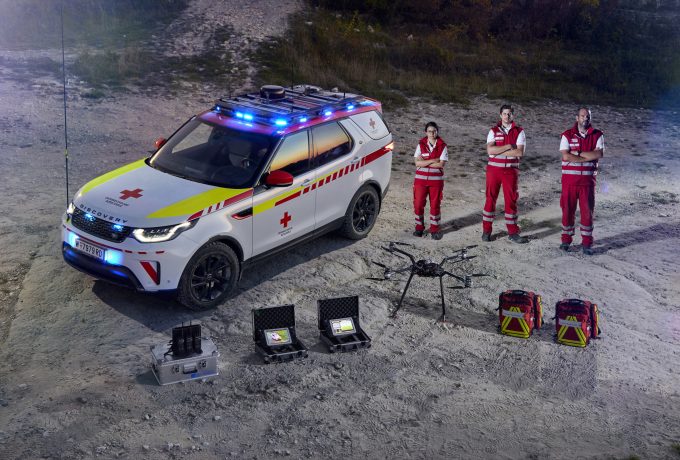 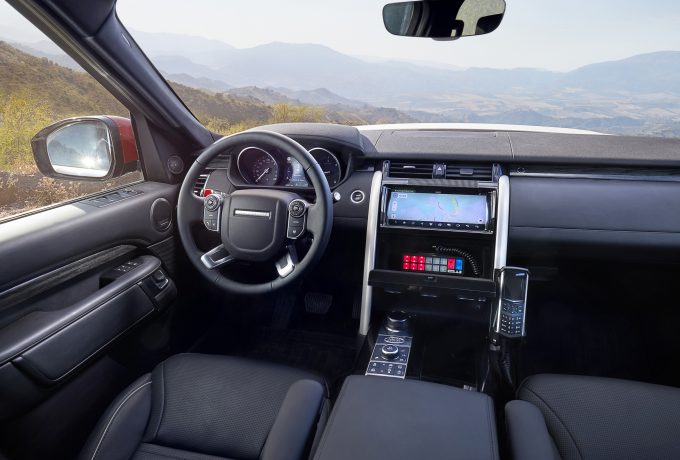 The specially prepared Discovery is the handiwork of Land Rover’s Special Vehicle Operations branch, which was tasked with making sure the car is up to facing the challenges of being an Austrian emergency response vehicle.

In order to fill its duties as a mobile nerve centre for recovery operations, the 3.0-litre Td6-powered Disco has been fitted with the most cutting-edge communications equipment – and a state-of-the-art eight-rotor drone.

The drone itself is capable of pinpointing a person up to 440m away and a vehicle up to an impressive 1km away, with help from its thermal imaging technology. While the drone is flying high, Red Cross personnel can use the carbon fibre command centre where the main computer slides out from, before orchestrating the recovery on the scene.

Inside the Discovery, the usual infotainment screen has been replaced by a command panel, allowing for control of the drone and the ability to monitor the distance to selected targets.

The site of the emergency should be well lit, too, as the Discovery has been installed with full 360-degree lighting to help illuminate the intended area as much as possible.

Managing Director of SVO, Michael van der Sande, said: ‘Our partnership with the Red Cross isn’t just about our vehicles. Since we started collaborating in 1954, our aim has been to help the Red Cross improve its disaster response and ultimately to help save lives. Over the past 18 months our engineers have worked closely with the emergency response team at the Austrian Red Cross, deploying Land Rover’s technology and talent to create a unique solution to the requirements of the Red Cross in the region.’

International Federation of Red Crescent Societies’ Under Secretary General for Partnerships Dr Jemilah Mahmood added: ‘We are grateful for Land Rover’s generous support over the past six decades. The Discovery Emergency Response Vehicle is yet another result of our strong global partnership that brings together the best expertise of the Red Cross and Land Rove in one unique vehicle, which will make a difference in rescue operations in the harshest conditions.’

Since the beginning of the Land Rover and Red Cross collaboration over 64 years ago, Land Rover has donated in excess of 120 vehicles to the IFRC, with many of them helping to save lives in every corner of the globe.