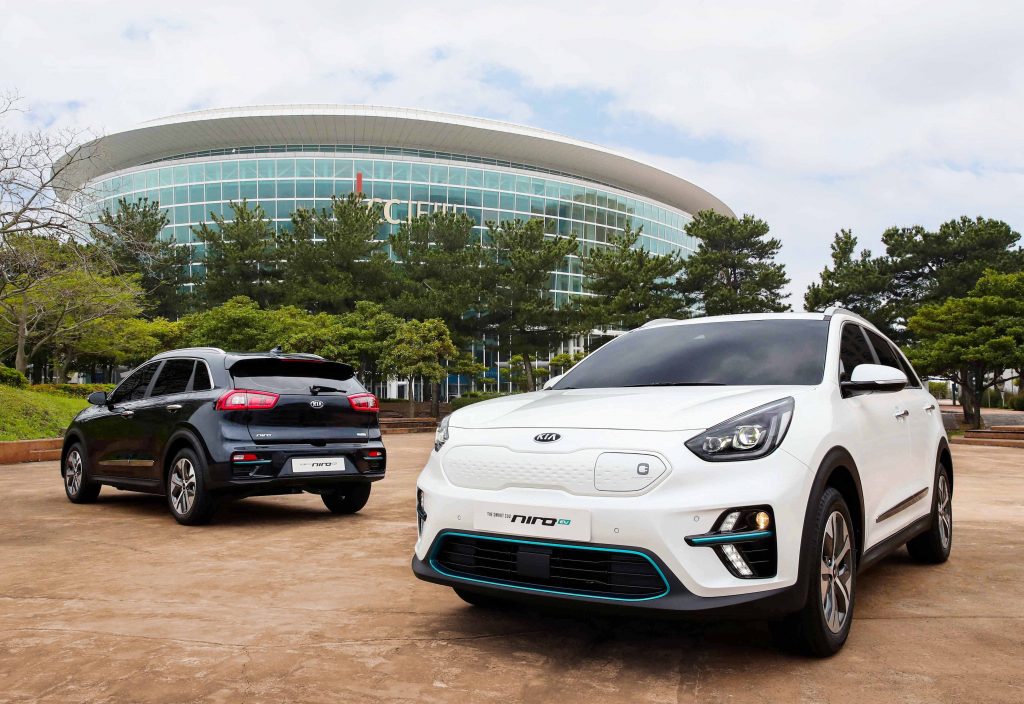 At the Electric Vehicle Expo, in Jeju, Korea, Kia has taken the covers off the all-electric version of its Niro crossover for the first time. Taking inspiration from the brand’s Niro EV Concept that appeared at the CES show in Las Vegas this year, the production vehicle will make it’s global debut at the Paris Motor Show in September.

The Niro EV will come with two lithium-polymer battery options – a 64kWh source with a claimed 380km and a smaller 39.2kWh system with a range of 240km.

Kia’s first electric vehicle will go on sale in Korea in the second half of 2018, with the Niro EV making it’s way to other markets after the global launch in September.