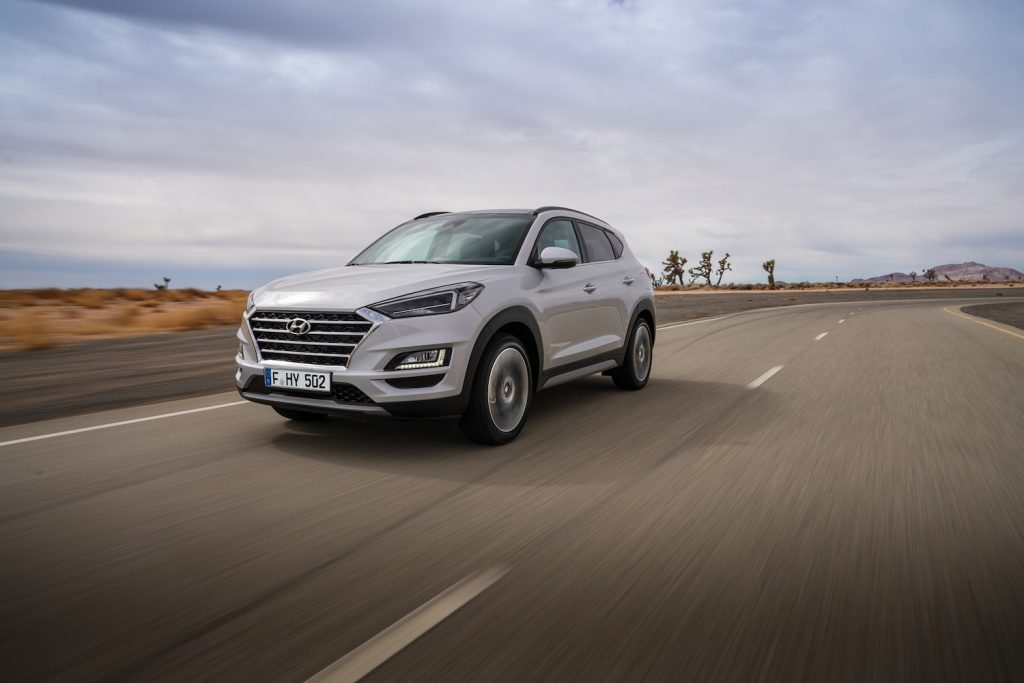 The new Hyundai Tucson has been debuted at the New York International Auto Show.

The facelift sees the headlights refined, whilst the bumper has been uplifted, skidplate too. The rear lights and bumper have been tweaked too, and there also also new wheel designs.

But the mid-life refresh is more than just a facelift, with updated powertrains and the addition of driver tech. The engines – two diesel and two petrol – have been fettled to reduce size and emissions, and the 186bhp, 2.0-litre diesel is the only option that comes with 4WD as standard. There’s a choice of six-speed manual transmission, or an eight-speed auto with the bigger diesel engine, whereas with the other diesel 4WD offering – the 133bhp 1.6-litre – comes with a seven speed dual clutch transmission. The 177bhp 1.6-litre petrol is available with 4WD too, with either a six-speed stick or the seven-speed dual clutch.

A European debut for the Tucson is impending, and will bring further information on the model specifications.