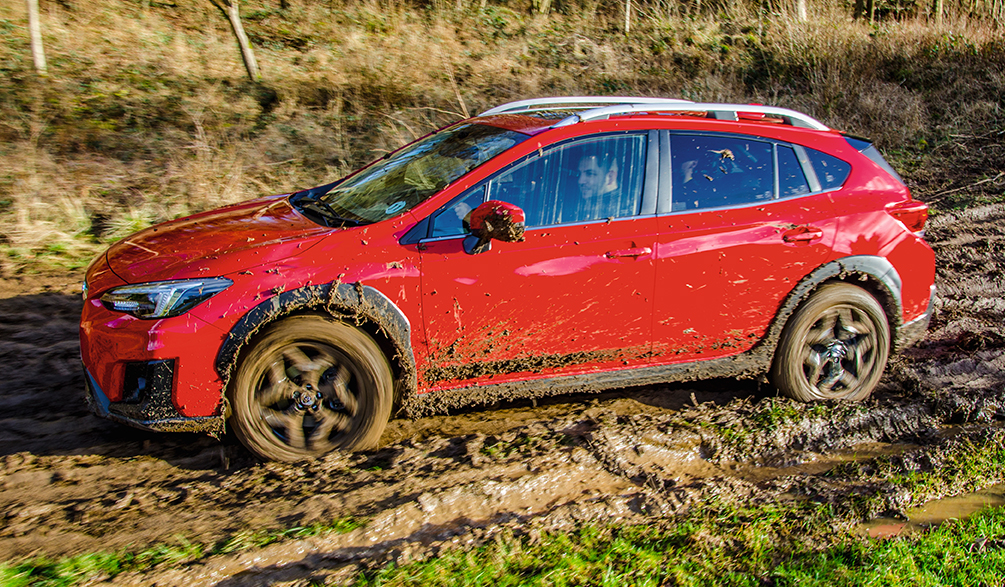 The new XV is the first SUV on Subaru’s Global Platform – which will eventually underpin all the company’s vehicles. It’s good news for customers, because the XV and Impreza – which is also based on the new platform – take the top two places in EuroNCAP’s league table for child occupant protection.

It’s designed to route energy more efficiently through the body of the car in the event of a crash, and the engine is mounted in a cradle which carries it underneath the passenger compartment.

But to avoid that eventuality, the XV now features autonomous emergency braking, lane departure warning and rear cross-traffic alert, linked in to Subaru’s EyeSight system which uses a pair of cameras to create a 3D image of the road ahead. The XV will self-steer to a degree, too, to keep you on the straight and narrow, and if you try to pull away before the car in front, it’ll kill the gas.

And it looks after you the rest of the time, too. Inside, the XV’s cabin feels more modern than the old model’s, with a slick design and excellent build quality. The dashboard is dominated by a large screen which does the stuff you want it to but not the stuff you don’t – i.e. the heating and air-con which get traditional buttons.

We like the all-round view from the vehicle, too, as well as the space in the front seats. The rears aren’t as good – one six-footer can sit behind another, but not without compromise.

The rear seats drop down to leave a cargo floor with a sizeable step in it and a sloping front section. There’s a high lip at the tailgate aperture, too – because the floor is set low to allow the tallest possible luggage space.

The XV’s seating position is quite sporty, as is the vehicle’s willingness to be driven with verve.

The new platform is stiffer, with a low centre of gravity as well as a side-to-side balance of weight which flatters Subaru’s all-wheel drive system, letting the vehicle grip more tenaciously while steering and handling with greater feel and sharpness. It feels alert, and it also covers the ground very smoothly, with real composure.

You might not be surprised by any of that, but you’re unlikely to be expecting the XV to slay any giants off-road. Incredibly, though, we took on some mud on the luanch – the kind you really wouldn’t fancy having a go at on the wrong tyres. They wouldn’t have done this, of course, if they hadn’t tested it first. But this was on standard 18” tyres with the regulation amount of air in them. There was wheelspin, and a certain amount of sideways action as the vehicles found themselves a way through, but the fact is that we didn’t once see one getting into difficulties.

There’s no low box and the short stroke of the suspension means that although ground clearance is good, lifting wheels will always be an issue. But a standard CVT gearbox to some extent overcomes the absence of low range and, with Subaru’s X-Mode system now fitted, the XV’s traction control kicks in at lower speeds to prevent wheelspin.

There’s also a very effective hill descent control system whose set speed can be fine-tuned by dabbing the pedals, allowing you to tackle surprisingly rough terrain with much more control and finesse than a crossover estate normally allows.

Overall, there’s more off-road ability here than we believed possible in a car of this nature – Subaru is a past master at making estates perform in the mud, but the company has excelled itself here.

Read the full review in the next issue of 4×4, out 9th February.