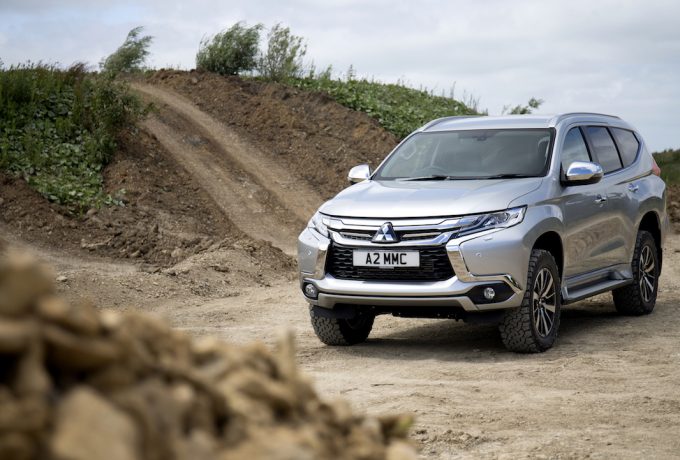 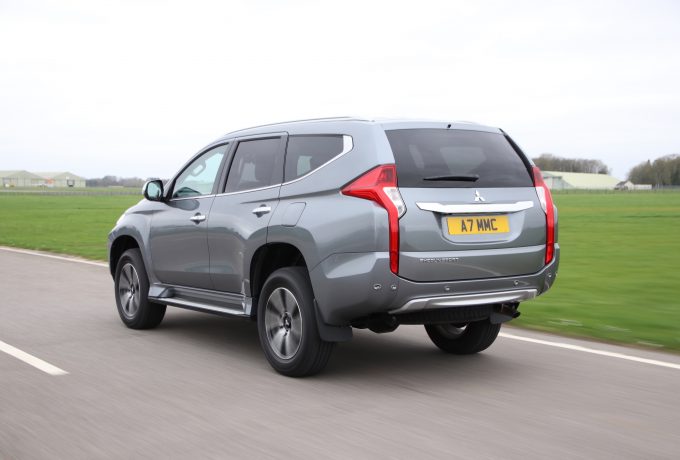 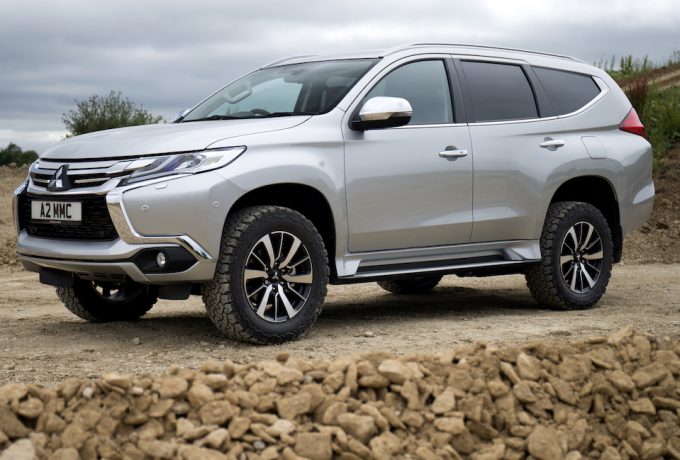 Mitsubishi’s Shogun Sport went out of production twelve years ago, but made a comeback in Australia in 2015 under the Pajero Sport alter ego. And after success Down Under, the Sport is returning to the UK, too.

The 2018 Shogun Sport takes its place as the hardy, practical and off-road capable SUV in the Mitsubishi stable. And it feels purposeful.

Power comes from a 2.4-litre, all-aluminium turbo-diesel engine that gives 179bhp and 317lbf.ft. Given that the Sport weighs in at over two tonnes, it isn’t quick off the line by any means, but when in the economical 2WD setting power goes to the rear wheels only.

Out on the road, it is a comfortable yet firm ride, with controlled body roll, although on the winding lanes of the Cotswolds the seven-seater felt rather large. The driver is afforded a princely vantage point, though, and visibility is good. Steering is a tad heavy, but not intrusively so. It just serves as a reminder that the Shogun Sport is utilitarian. 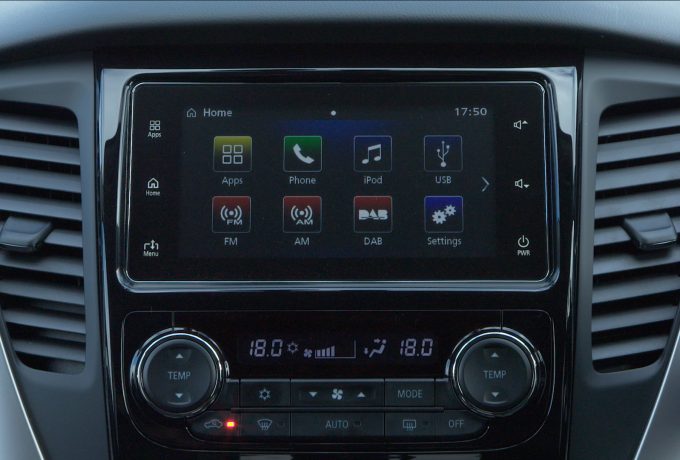 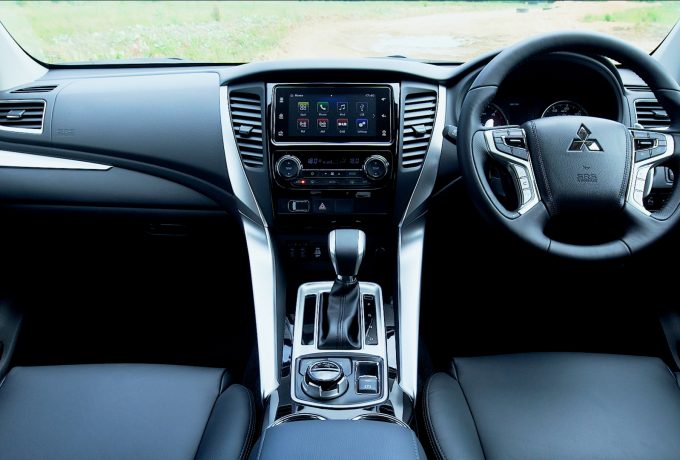 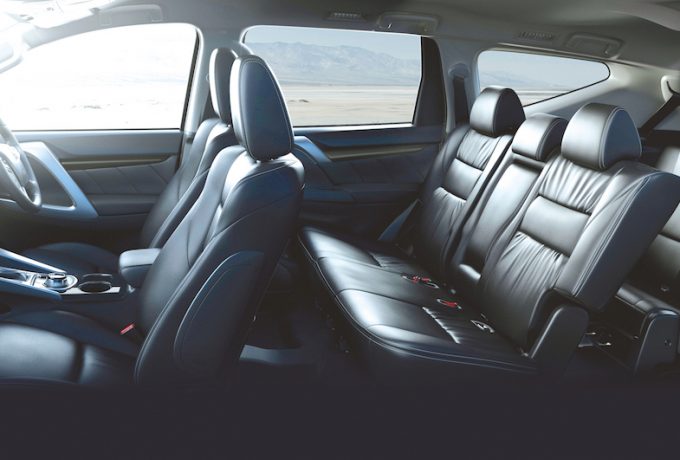 On both 3 and 4 variants (the only two trim options) the Shogun Sport comes with leather seats on all three rows – the third of which is actually habitable. Piano black plastics cover much of the cabin, and contrary to modern interiors, almost everything is button-manned. There are two handles for both the driver, passenger, and then one on either B-pillar, which if you’re lucky will frame your view over the shoulder rather than block it.

Stowage in the front is poor, though. The smooth and sleek centre console flows into the armrest between the front seats, and whilst it looks smart, you soon realise that there is nowhere to put things – or is there… Down either side of it, you’ll find pockets big enough for a phone or notebook, and door pockets that are similarly sized. Two central cup holders sit in front of the padded armrest, which is hinged to give access to the cubby box. This is where USB ports live, and there’s a convenient shelf that sits atop the storage area to provide a resting place for your now necessary mobile phone. Let me explain…

There is a seven-inch touchscreen, and the infotainment system gives access to vehicular information but, bizarrely, no navigation unless you utilise the Apple CarPlay or Android Auto capability. This isn’t such a stress as both functions work well, but really, no sat-nav in a brand-new car? What if you don’t have any mobile data? You expect us to read a map that’s been printed on paper?

Being big, you’d expect the Shogun Sport to be practical. It is. The boot measures in at 131 litres with all seven seats upright, but flatten the back row and that figure grows to 502 litres. There’s a towing capacity of 3,100kg for a braked trailer with a weight of 125kg. The roof boasts a load capacity of 80kg, and the payload for the boot sits at a handy 600kg.

The eight-speed automatic offers plenty of low-down revs to get the Sport up and running and is then smooth and faultless at cruise – you’re up in sixth gear doing 40mph before you know it. Paddles behind the wheel override the automatic selection, which is convenient once you venture beyond tarmac.

Equipped with Mitsubishi’s Super Select II 4WD system, the Shogun Sport has four transmission modes and another four off-road settings. 2H offers power to the rear axle alone for better fuel efficiency, whilst 4H spreads the power and gives 40% of the drive to the front axle. The next setting, 4HLc, locks the central diff and is ideal for snowy, sandy and high-drag surfaces, whereas 4HLLc drops into low range. In the two latter settings, the rear diff can be locked via a switch on the centre console. The off-road settings are gravel, mud/snow, sand and rock – so you’re well covered on all fronts. 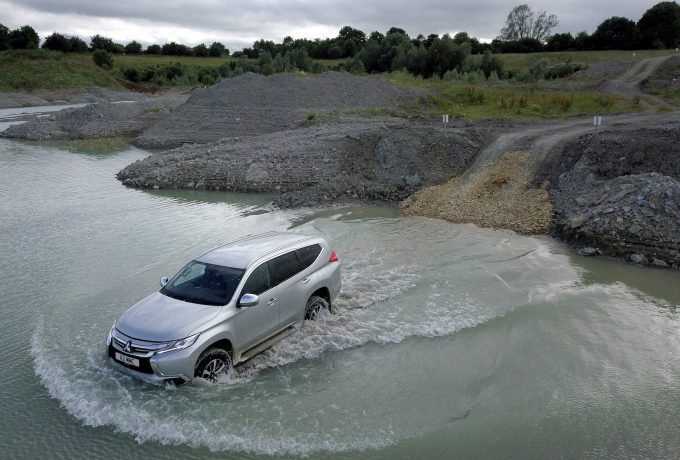 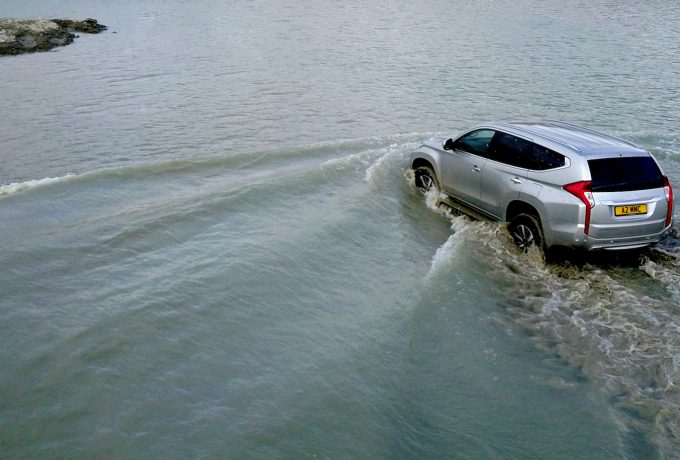 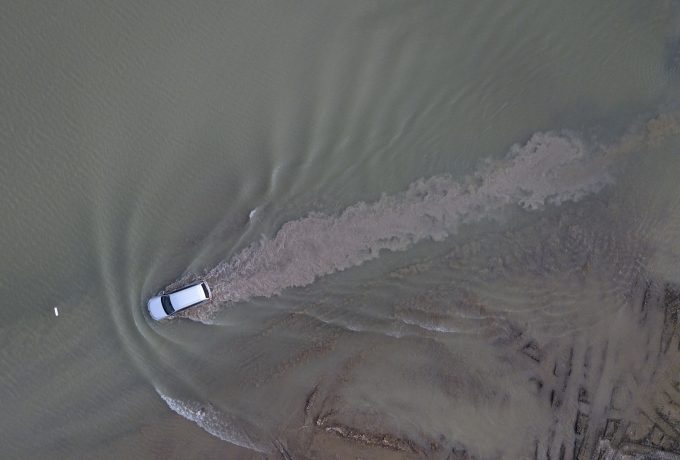 Let loose in the Shogun Sport we were directed to an active quarry, where a bespoke off-road course had been cultivated around the busy lorries and trucks at work. This highlighted the expertise of the Shogun Sport, and vastly altered so-so opinions gathered on the road.

Each aspect of the Sport’s off-road credibility was questioned, and each time it answered confidently. In 4H the traction control managed the power well and calmly pulled us up twisting tracks. Hill Descent Control and 4HLc worked together well to calmly control speed down slopes – as did engine braking in low-range 4HLLc. Crawling over rocks – even without rock mode on – the Shogun Sport felt assured and steady footed, and it climbed faces much too steep to walk up, without breaking a sweat. Its wading depth of 700mm meant the lake we plunged into was easily crossed. It was here, tackling the challenges in the quarry, that the Shogun Sport came to life.

Balanced with the rear passenger wheel drooped and airborne, the Sport proved its strength. Rear doors opened and closed without problem, creaks or any issues at all – and the chassis was reassuringly strong, too. 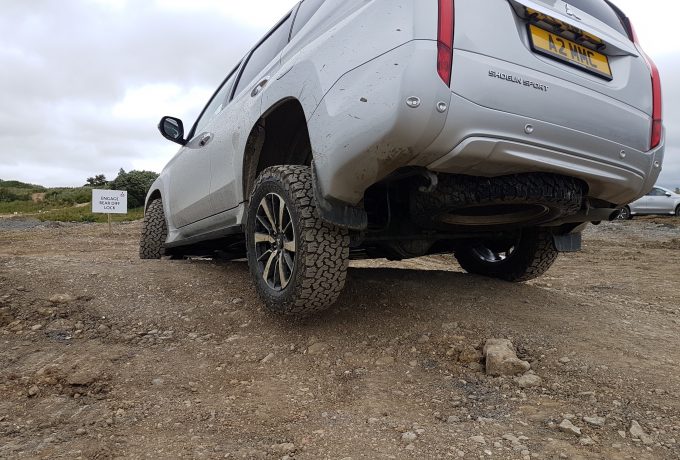 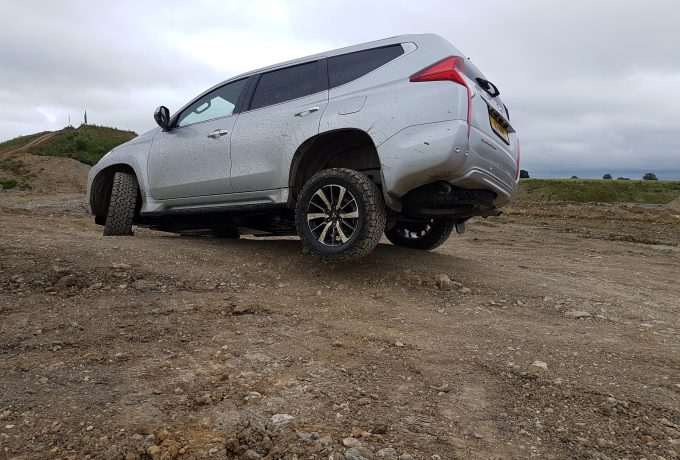 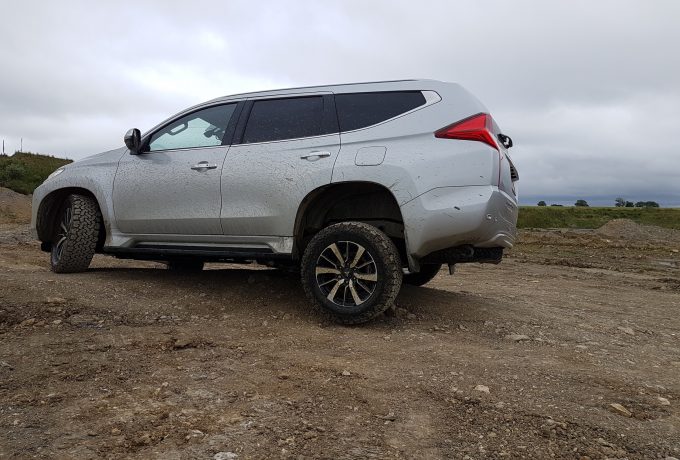 Shogun Sport 4s – like the one we tested – come at a £2k premium, with the top-spec model bringing headlamp washers, heated front seats, adaptive cruise control, the 360-degree camera, and an upgraded sound system to proceedings. It also gets safety features in the form of Blind Spot Warning, Forward Collision Mitigation and an Ultrasonic mis-acceleration Mitigation System.

The Shogun Sport does what it must on the road and leaves little room for complaint, but where it really earns its stripes is in the rough and tumble. It isn’t massively sophisticated, but it is practical, robust, and impressive off-road. Compared to competitors that are strong performers away from tarmac, it doesn’t look bad value either.