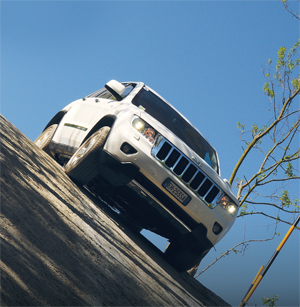 After all the financial woes, the intervention of the US President, and the foresight of the headman at Fiat, Chrysler Jeep’s prospects look a lot healthier. Editor Nigel Fryatt has been to Italy to drive the new 2011 Jeep range coming to the UK. Things are still a bit rocky… but now in a good way!

It is only a couple of years ago that any magazine article on the Chrysler Jeep group would have been prefixed by the words “struggling American car maker”. The situation for Chrysler in the US was similar to those financial institutions that were deemed ‘too big to fail’. Chrysler was struggling, and while it is not the biggest American car maker, it could not be allowed to fail.

So serious was the situation that US President Barak Obama was involved, recognising that Chrysler needed a partner, or indeed a completely new owner, and the company needed that quickly. Of course, Chrysler’s financial problems at the time were not unique, so the support and investment needed was unlikely to come from within America. For the many thousands of diehard Jeep enthusiasts, not just in the US, but spread across the globe, the future of one of the greatest 4×4 brands in the world, looked grim indeed. Yet few of those enthusiasts can have ever thought that Jeep’s saviour would come from Italy, in the form of Fiat’s CEO Sergio Marchionne, who saw a significant opportunity, and made the deal, bringing two very different automotive companies together.

The alliance between Fiat SpA and Chrysler was announced in early 2009, and it has taken until now for the first significant physical evidence of this to be revealed. The new 2011 Jeep range, appropriately Jeep’s 70th Anniversary year, was recently unveiled in Italy and includes the revised and updated Wrangler and Wrangler Unlimited, a much refreshed new Compass, and all new Grand Cherokee. 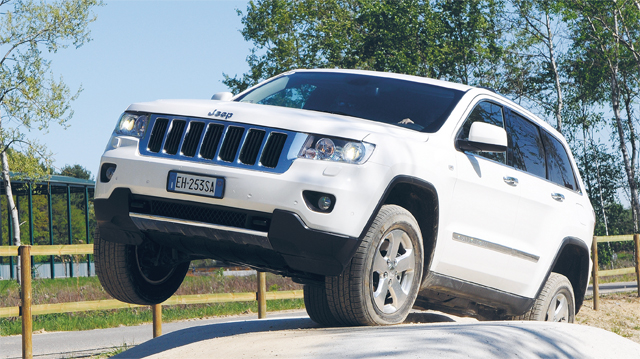 The venue for this new chapter in Jeep’s significant history was Fiat’s Balocco test facility, just north of Milan. The incongruity of the two very different motor manufacturers, was further enhanced by this facility being surrounding by paddy fields growing Italian risotto rice. The test facility itself was built back in the 1960s for Alfa Romeo, when it was highly secret, and where many an exotic Italian race car was tested. Today, it is not so secret, and the glorious terracotta tiled outbuildings have been restored, making the place look more like an exclusive country club that just happens to have an adjoining test track.

Jeep’s new influence was also apparent, however, not just from the massive posters and banners around the site, but from the brand new off road course that had been built, and this was why we were there. What had they done to one of our favourite hardcore off-roaders, the Wrangler? Just how much of a step forward had the mid-range Compass made? And what of the Grand Cherokee? Luxury SUVs have made some significant strides forward in the last few years, with all the American company’s financial woes, will it be able to face up to what the latest Range Rover, Mercedes-Benz and BMW can offer?

To read more about the Jeep range see the June 2011 issue of 4×4 Magazine.