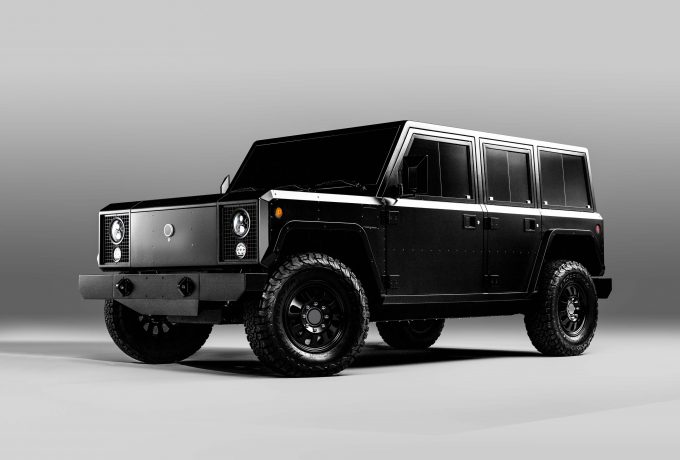 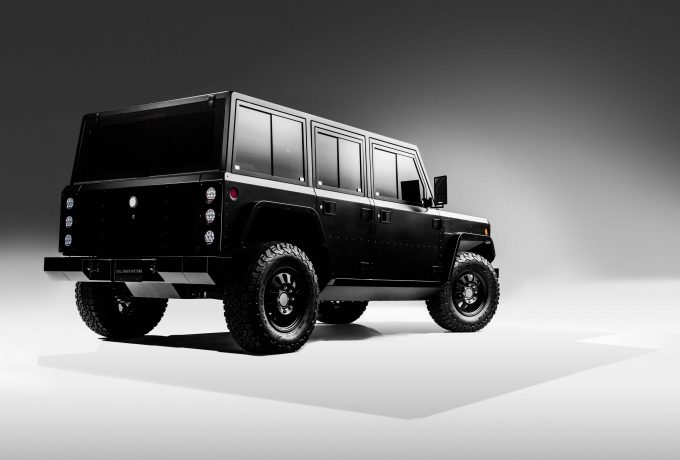 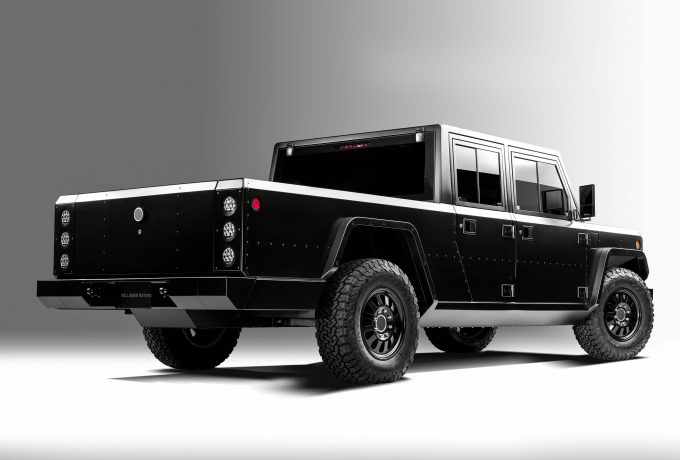 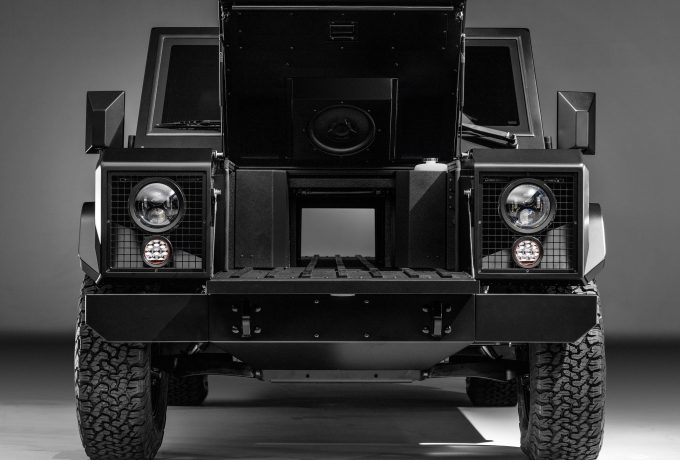 It may not even have entered production yet, but Bollinger Motors have revealed that it plans to make four-door versions of it’s B1 and B2 electric vehicles – as well as the initial two-door ones that are set to begin belated production next year.

The all-electric company revealed the B1 a while back, as a real-life Meccano 4×4, before shortly after revealing the B2 pick-up version.

They have also revealed that the powertrain will now have 614bhp and a range of 200-miles from a 120kWh battery, as opposed to the 520bhp supposed before.

Designed to be as practical and spacious as possible, the interiors can be readjusted and the seats bolted into a variety of positions, but the trucks are very well proportioned – for outright storage and with off-roading in mind, too.

This means that with the tailgate down in the cab, the Bollinger Motors pick-up is able to transport 4’ x 8’ sheets of plywood, and if you open up the glass on the rear as you can on the B1 in order to reach the top compartment, Bollinger say you can haul 72 sheets of ½” plywood. With the powertrain hidden beneath the floors, there’s plenty of room to store just about anything with the frunk and the huge rear space.

We’re excited to see what the finished products are like, although they won’t enter production until next year – and you can expect a wait on top of that before they make it over to the shores of Britain.