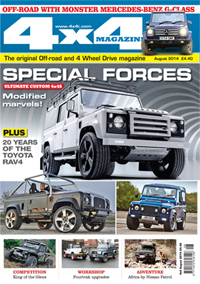 Do you have a problem when people start moaning that ‘things were better back in the day’? It always seems an odd comment to me, and not something I ever want to get drawn into discussing. You just know that it will get a bit heated. There are, however, lots of examples today where we seem to be ‘looking back’ and reviving things that many had thought had long been discarded. I am a keen vinyl record collector as it happens, but you won’t get me declaring it’s ‘better’ than modern digitised sound. In my view, it’s certainly different, and I enjoy it, but if you want to listen to downloaded music on an MP3 player that’s your call. Personally, I think you are missing out, but it doesn’t bother me that much.

You hear similar when mixing with classic car enthusiasts. Discuss the merits, indeed the incredible technological benefits, of a ‘modern’ vehicle and you are likely to get the cross-fingered, sign of the devil, salute. Get behind me Satan, and leave me mopping up the oil on my driveway from my classic’s leaking sump. It’s similar with 4x4s, of course, and that is never more obvious than when something like the Discovery Concept is announced. It’s a display of technological wizardry that is mind-blowing, and surely for anyone interested in this market, a fascinating subject to learn more about. (Hopefully, we have helped here with our insight piece in this issue). Of course, trouble comes when you hear one of Land Rover’s engineers, or researchers, as they seem to be called today, saying that they are “lowering the need for the driver to do anything.” You can hear the hackles rising, the pints of real ale being spluttered into untrimmed moustaches and Imperial gauge torque wrenches being waved in frustration.

The issue crossed my mind this month when experiencing a day that makes me realise just how lucky I am to be a motoring Editor. In the day when I saw the new Discovery Concept, and listened first hand to its fascinating specification, I also got behind the wheel of F981 ENV, the first Discovery to roll off the production line back in 1989. It’s a vehicle that has been so well looked after by the guys at Land Rover’s Heritage Collection that it is hard to appreciate it’s actually 25-years old. It has done less than 1400 miles, and now I have done a couple of those myself; something that felt like an honour. Now, I say it was hard to think of it as 25-years old, so pristine was the bodywork and the interior (which has to be a masterpiece of interior design, it remains so light and fresh), but you do smile when the ignition is switched on. As the engine catches, the steering wheel begins to vibrate and the whole vehicle has a throb and a wobble that makes you feel it is alive! I had jumped straight from the very latest – super smooth – Discovery 4 into this magnificent old beast and the difference was initially somewhat unnerving… Then you just smiled. Even at low speeds, on (the Queen’s no less) tarmac roads at Windsor, you have to ‘drive’ this Discovery. Steering, gear selection and braking had to be done. I was fully involved in driving, and grinning at the same time. Was that ‘better’ than what’s on offer today? Just as I am presently enjoying the re-issued vinyl version of Led Zeppelin’s first album, I loved my Discovery 1 drive, just as much as I did learning about what the very near future holds for Land Rover 4x4s. Isn’t that what makes this particular motoring subject so enjoyable?

Talking of which, here’s hoping you enjoy the issue. Full of old and new stuff, as ever. 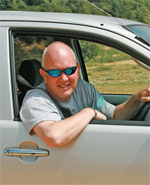