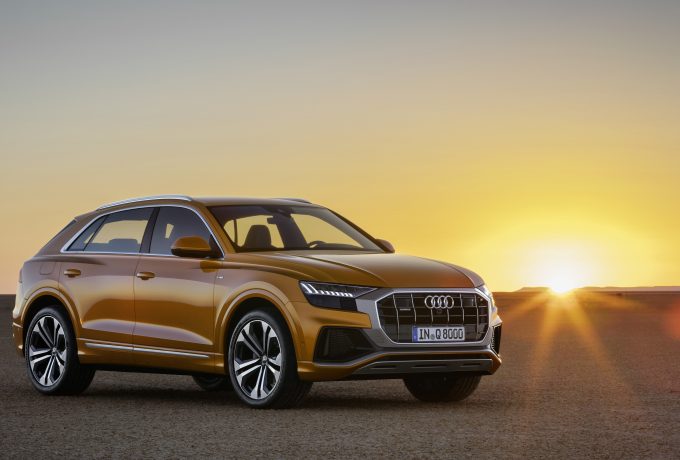 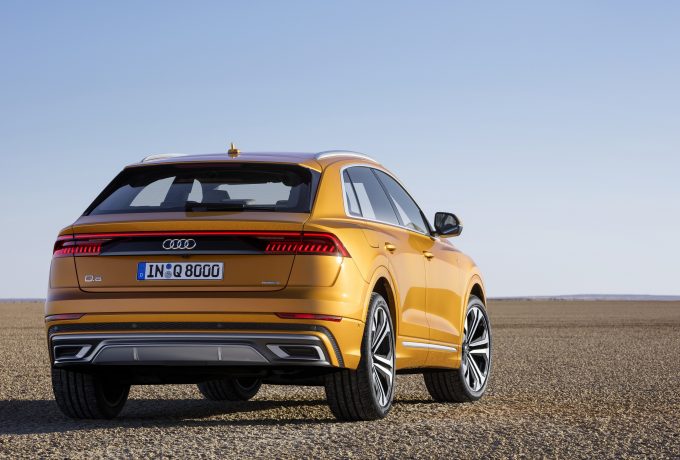 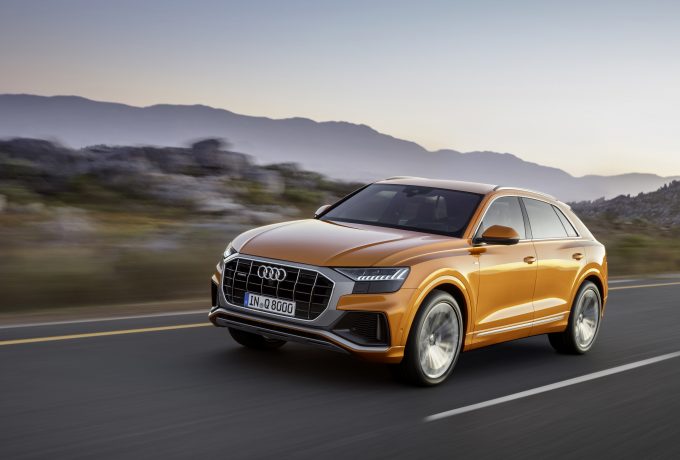 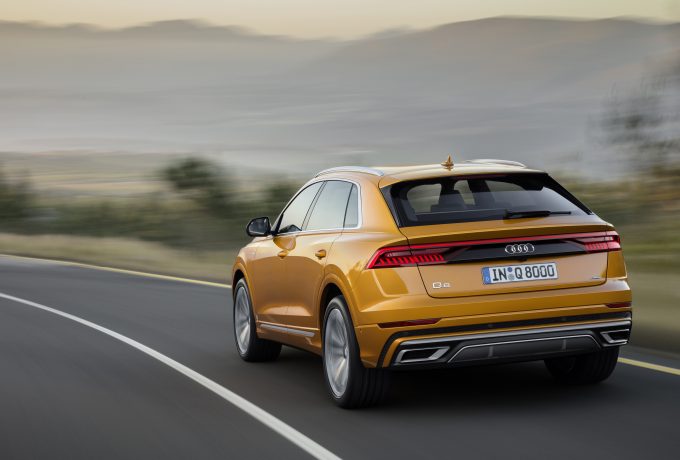 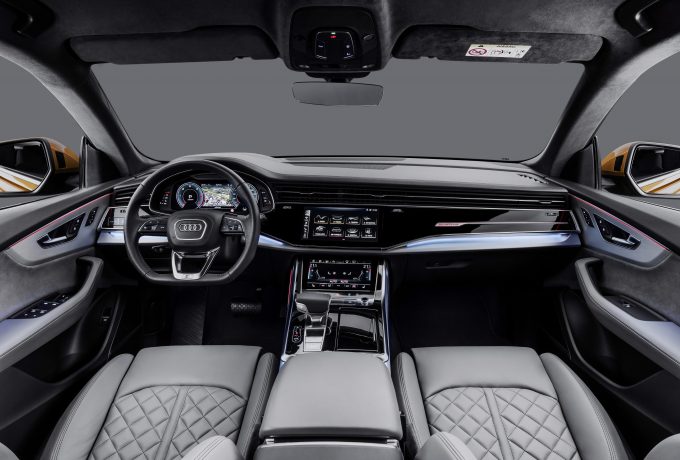 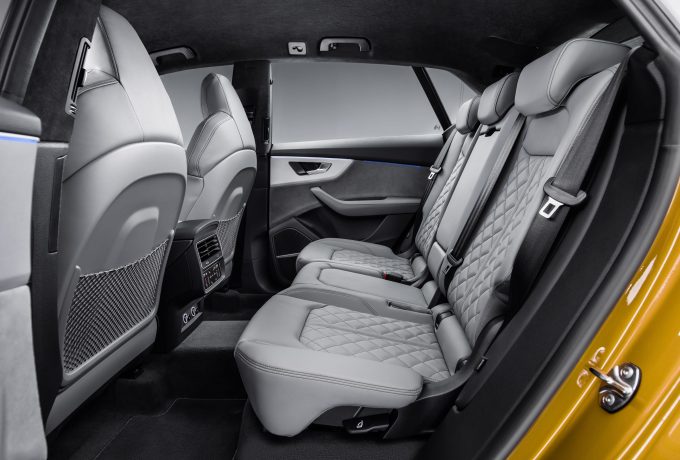 Audi’s new flagship SUV has been revealed. The Q8 is a coupé version of the former range-topping Q7, and becomes the new face of the German marque’s growing SUV portfolio.

The new Singleframe grille, accentuated by the front spoiler and air inlets, provides a striking face for the luxury SUV, which is rounded off with contrasting door and wheel arch trims on a body that is shorter, longer and wider than the Q7.

Inside, the Q8 offers quilted leather seating, an elegant and smooth dash featuring two touchscreen control panels and optional contour lighting. The 10.1-inch touch screen on the dash controls the infotainment and navigation functions, whilst the 8.6-inch display below it covers the heating and air conditioning, convenience functions and text input, too. Usefully, this is designed to be operated whilst the driver’s wrist rests on the selector lever. Responsive voice control helps the driver, for example, if it hears a statement of hunger, it will respond by suggesting local eateries. Behind the wheel sits a third, 12.3-inch screen that shows the driver the usual info and stats, which can also be seen in the heads up display.

The infotainment system also works in conjunction with the MyAudi app, controlling the navigation system, music and transfer the smartphone’s calendar into the Q8.

Permanent four-wheel drive powers the Q8, courtesy of a mild hybrid system, with a 48-volt lithium ion battery and belt alternator starter working alongside a trio of combustion engines – initially a 3.0-litre 282bhp diesel V6, that will be followed by a 228bhp version and a 335bhp petrol. Regenerative braking can recover up to 12kW of power for the battery.

Adaptive air suspension has 3.5-inches of adjustability, and there are 10 inches of ground clearance on offer. Four wheel steering is optional, with five-degrees of added agility available from the rear wheels.

Driver assistance is plentiful on the Q8, with four driver assist packages. The Tour package includes adaptive cruise control and lane assist functions, and manages speed in corners and on roundabouts. It also has Emergency support, which detects within system limits whether the driver is active, if not it sends out an audible alert, and if required stops the vehicle in its lane and sends out an emergency call. These work alongside emergency safety systems that avoid collisions in traffic. Park package contains manoeuvring assistance, avoiding collision with steering input and automatic braking, plus kerb warning, automatic parking pilot and its close relative the remote garage pilot – controlled via the myAudi app. However, Park plus suite won’t be available upon initial launch.

The plus assist package will combine the tour, emergency and parking packages into one… package, plus assistance in steering with a hitched trailer.

No official information has been released regarding the price of the Q8, but the flagship SUV is set to go on sale in the summer.