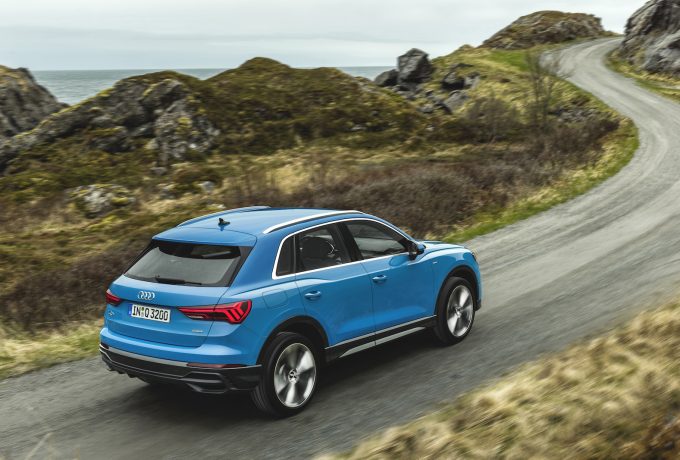 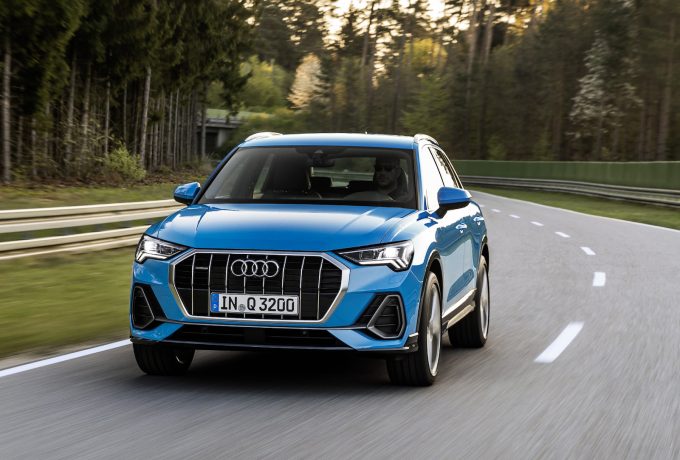 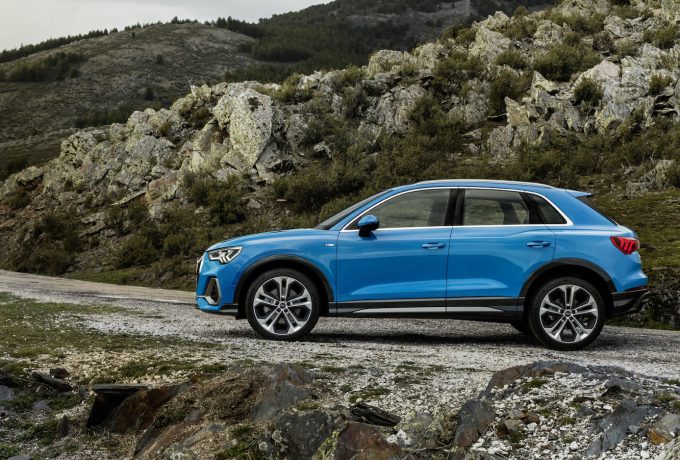 Audi have announced details of the upcoming revival of the popular Q3.

The SUV has has a styling refresh and a bootful of upgrades to bring it up to date with its rivals.

Exterior design reflects the latest design language of the Audi family, with octagonal grille, LED headlights and DRLs, and a rear roof spoiler that flanks the rear window. There will be a choice of two trims at launch in the UK – Sport and S. The former features 18″ alloys as standard, and the latter gets 19s.

The interior features a reductive instrument panel, chrome stripping, an octagonal centre console and an MMI infotainment touchscreen tilted towards the driver.

Sports seats are standard, and come in cloth on Sport models, with a combination of leather and alcantara available as an option on both – the S also has a full leather option.

In updating the Q3, Audi have also made it bigger. The new model sits 97mm longer, 18mm wider and has a wheelbase that is 78mm longer. However, it does sit all of 5mm lower.

No analogue readouts or dials feature in the new Q3, with the 10.1-inch touchscreen controlling the functions of the cabin and the Audi Virtual cockpit takes care of the driver’s information.

Usability is increased with hybrid radio – either FM or DAB depending on signal strength – whilst the satnav learns the driver’s habits and the myAudi app connects for music streaming as well as route assistance, too.

The suspension consists of MacPherson struts at the front and a four-link setup at the rear. Six drive modes are available and include auto, comfort, dynamic, off-road, efficiency and individual. These adjust the damping, steering control and acceleration.

Entry level Q3s will get a 1.5-litre petrol TFSI powerplant with 148bhp and 184lbf.ft – it will be badged 35 TFSI and comes with a seven-speed automatic and front-wheel drive with a six-speed manual on the way.

The other three options are all 2.0-litre units, and the 40 TFSI serves figures of 187bhp and 434lbf.ft. The more powerful 45 TFSI packs 40bhp more and 40 more torques – both will come with a seven-speed auto ‘box and quattro 4WD. The solitary diesel – badged 35 TDI – offers the same power as the smaller petrol but 361lbf.ft, comes with a manual and all-wheel drive at launch. An automatic will be offered with front-wheel drive after initial launch.

Pricing for the all-new Q3 will be revealed closer to the opening of orders in the autumn.