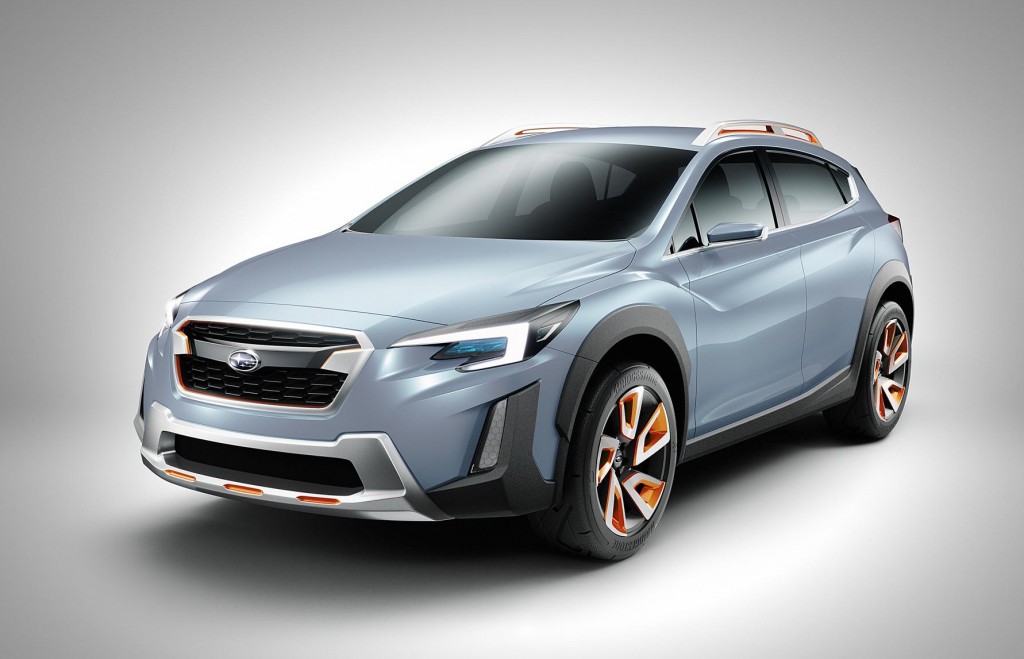 Subaru unveiled the Subaru XV Concept at the 2016 Geneva International Motor Show, previewing the design direction for the next generation of Subaru vehicles, including an all-new XV compact crossover.

The cabin silhouette tapers and tightens slightly as the bodywork flows towards the rear, leaving an impression of energy and athleticism without compromising the XV Concept’s innate crossover practicality. The muscular body surfacing is divided by two strong character lines – one extending from the front bumper, along the doors and into the rear shoulder; another rising from the lower half of the doors towards the rear of the car.

At the front the concept features the company’s signature hexagonal grille and ‘hawk-eye’ headlamps. Matt black body cladding – which can shrug off light impacts and scrapes in rural or urban environments – runs from the front bumper, over the wheel arches and side sills, and into the rear bumper.

The rear of the car echoes the same wide, low and highly stable stance portrayed by the front, with powerful shoulders over the matt black-clad rear bumpers which rise to meet the car’s rear combination lamps. The rear lights share the same design motif as the ‘hawk-eye’ headlamps.