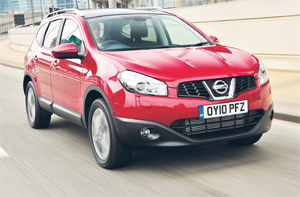 Nissan has announced that Britain will design, engineer and build the next version of the best-selling Nissan Qashqai. A massive £192 million investment was announced this month that is claimed will safeguard 6000 jobs. The announcement comes after the independent report from industry expert Professor Garel Rhys reported that the recent natural disasters in Japan would lead to Japanese companies looking to invest in further European bases (4×4, News, June 1’1). Given the difficulties that UK manufacturing is experiencing, this is indeed good news for Nissan.

The automotive sector is the UK’s number one manufactured export – in 2010 the UK auto sector exported over £27 billion-worth of vehicles and parts; 75 per cent of cars, 73 per cent of commercial vehicles and 72 per cent of UK engine production in 2010. Automotive exports from the UK are apparently close to being at an all-time high – approaching record pre-recession levels. You don’t read that on the front page of the tabloids very often do you?

Well that’s the very good news from Nissan, the ‘bad’ news, on the other hand, we have just learned is that the manufacturer has suspended sales of the flagship 4×4, the Murano, in the UK until further notice.

This decision has been made because the current Yen to Sterling exchange rate is making the luxury Murano unviable for the UK market. The situation has been further impacted by curent global supply constraints for automatic transmissions.

A spokesperson for Nissan said: ‘Nissan will closely monitor the global situation in the coming months and look for suitable opportunities to re-introduce Murano into the product portfolio if conditions become favourable’.