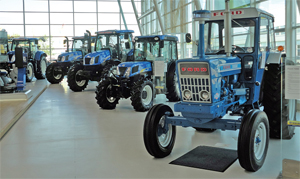 Ford and Massey Ferguson will take pride of place at Tractor World as the show marks major anniversaries for both companies. It will be 50 years since the Blues opened their new factory at Basildon in Essex and started building this highly praised 6X range of tractors, now often called the 1000 Series. They were officially unveiled by Henry Ford II in October 1964 in New York where 6000 dealers from 70 countries attended the launch. For Massey Ferguson, there is also a golden anniversary and Tractor World will celebrate the launch of the mould-breaking 100 Series. Visitors will see a massive range of both series of tractors – and if you have one you wish to enter, there is still time. The show is over the weekend of 1st and 2nd March 2014, at the Three Counties Showground in Malvern. Three Counties Showground is not far off the M5 in Worcestershire. Advance ticket prices are £10 per day for adults (£12 on the gate). Under 15s go free and there’s a great value weekend camping pass for two adults for the advanced price of just £50 (£60 on the day). For further information, call 01697 451882 or visit www.tractorworldshow.co.uk.