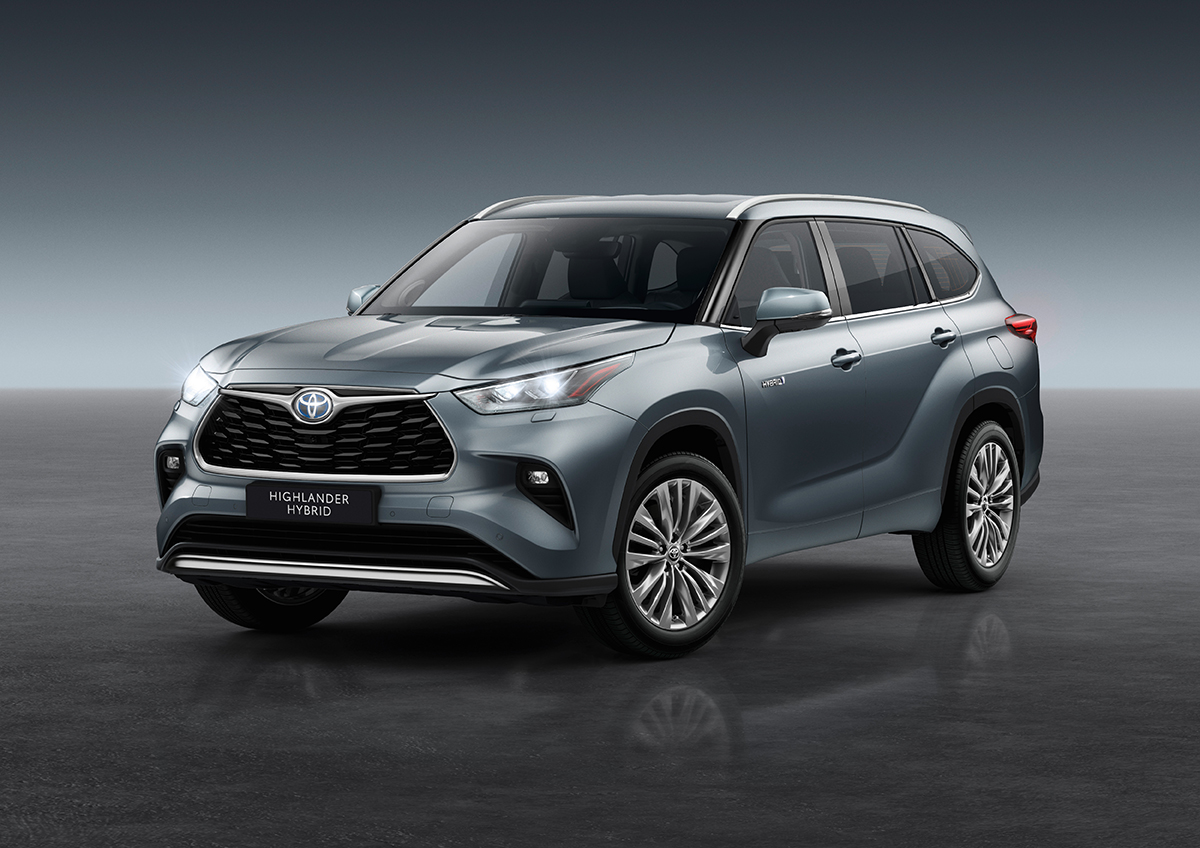 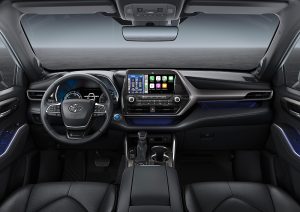 Toyota has announced that it is to bring the Highlander SUV to Britain. Due for launch early next year, the seven-seater will sit above the RAV4 in the company’s line-up – and it will be available in the UK exclusively with all-wheel drive.

First unveiled in at the New York Auto Show in April 2019, the current Highlander (also known as the Kluger in some markets) is the fourth generation of vehicles to bear the name. It’s based on the same GA-K platform as the RAV4, which bodes well, and all UK models will be powered by a hybrid system mating a 2.5-litre petrol engine to twin electric motors.

This delivers 241bhp and returns WLTP figures of 42.8mpg and 146g/km. The transmission is governed by a Drive Mode Select system with Eco, Normal, Sport and Trail modes, the latter allowing the vehicle to turn in a credible performance off-road. All four modes can still be used when the Highlander is set to run as a full EV. 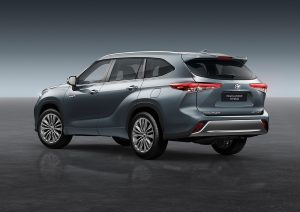 Toyota’s Global Platform architecture, of which the GA-K unit is part, has been widely praised for the blend of refinement and precision it delivers. The RAV4, which won its class in our 2020 4×4 of the Year awards, has a quiet and superbly put-together cabin as well as athletic handling and peaceful motorway manners, and the Highlander can be expected to match it in all these ways. This in spite of being significantly larger – at 4950mm, its overall length is the same as that of the massive 200-Series Landcruiser which was withdrawn from sale in the UK in 2015.

These proportions allow a genuine seven-seat interior, with a 180mm sliding range for the second row of seats – allowing easy access and spacious third-row accommodation for two adults. With both the rear rows folded flat, meanwhile, the Highlander’s luggage capacity leaps from its standard 658 litres to a huge 1909 litres. 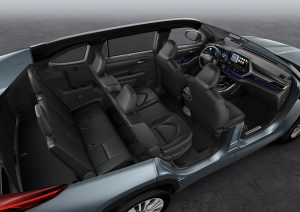 Elsewhere inside, Toyota promises excellent oddment stowage and plenty of USB ports for connectivity, as well as a wide range of premium including satellite navigation, head-up display, wireless charging and an infotainment system running Apple CarPlay and AndroidAuto. Heated and vented front seats are also on the list, along with a digital rear-view mirror whose picture is unobscured by rear-seat passengers or headrests.

Externally, the Highlander will feature 20” alloy wheels to go with its striking styling – which uses the same cues as the RAV4 but, when seen next to the smaller vehicle, is noticeably more aggressive, with pronounced wings and wheelarches giving it a more muscular look. Towing capacity tops out at 2000kg.

Pricing for the new Highlander will be announced in the autumn, as the vehicle’s launch date approaches. We’d expect it to start where the RAV4 leaves off, however, which would suggest a starting price of around £35,000.