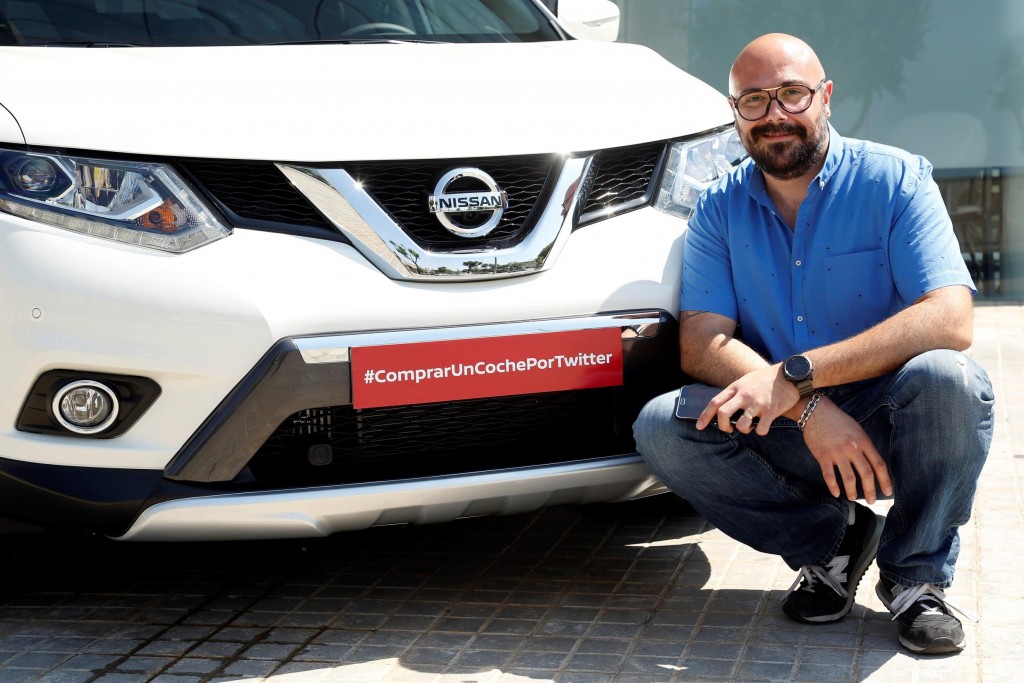 Nissan has become the first automotive brand in Europe to sell a vehicle exclusively through the use of social networking site Twitter.

From first contact with the client to the final decision to purchase – just six days later – all communication between flagship Galician dealer Antamotor and customer Raul Escolano took place via the social media platform.

Known to the dealership as user @escolano, he first courted car companies using the hashtag #compraruncocheportwitter (in English, ‘buy a car on Twitter’).

Escolano threw down the gauntlet to automotive brands across Spain, challenging them to support him in buying a vehicle, solely through the use of social networks.

Nissan, via leading franchisee Antamotor in A Coruña, impressed Mr. Escolano with its innovative approach, using the video streaming platform Periscope to film the X-Trail, with the dealer presenting all of the vehicle’s key features in a personalised walk-through which was uploaded to a live stream.

Nissan then went head-to-head with rival models in a poll on Twitter, posed by Mr. Escolano, in which followers were asked to rate the cars on the shortlist. The survey, which received 2.6 million impressions (source: Brandwatch), ranked X-Trail ahead of its rivals with 43% of the vote, effectively helping Nissan to seal the deal.

In the spirit of the truly innovative purchase, keys to the X-Trail were delivered direct to Mr. Escolano’s home by courier, to complete the online transaction.

The vehicle itself was collected from the brand’s Spanish Headquarters, in the first face-to-face interaction between Nissan and the customer since the sale began two months ago.