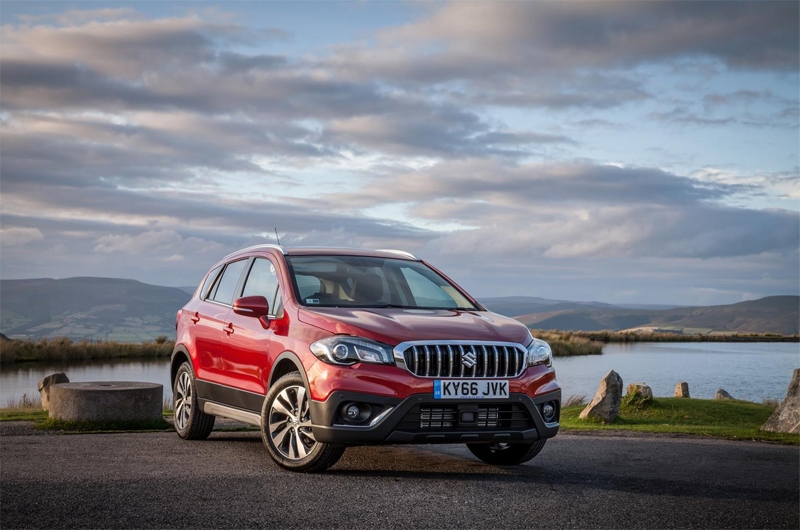 Ground clearance is now slightly higher at 180mm versus 165mm and new design headlamps help provide both higher efficiency and a sharper look. At the rear, newly designed LED rear combination lamps are used to provide a cleaner and more contemporary style.

The distinctive new interior design utilises an updated soft-touch dashboard pad, framing highlights for the centre panel and newly designed seat fabric for SZ4 and SZ-T models. S-Cross offers ample room for five occupants with their luggage and the double sliding panoramic glass sunroof fitted as standard on the SZ5 model has one of the largest opening areas in its category (560mm).

Suzuki’s Boosterjet petrol engine technology was first utilised in Vitara as a 1.4-litre unit earlier in 2016 and the 1.0-litre version followed several months later in Baleno.  After the debut of the three cylinder Boosterjet 1.0-litre unit this engine technology now continues for the Facelift S-Cross. Offering the same level of power and torque of a much larger capacity normally aspirated engine (1.8-litre), it delivers an effortless drive and genuine driving pleasure.

The facelift S-Cross goes on sale on 17th October.