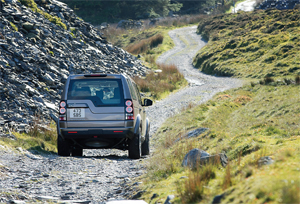 The 2015 MODEL year range of Discovery models has now been announced by Land Rover. Given the arrival next year of the new Discovery range, this could be the last revamp of the highly successful Discovery 4 range. It also marks the 25 years of Discovery, and as you might expect there’s a new XXV Special Edition anniversary model available. The XXV Special Edition notably gets the new InControl Apps Options.

Land Rover InControl Apps is said to offer ‘the ultimate for in-car connectivity’. Owners must download the Land Rover InControl App to their smartphone from either the Apple App Store (for iPhone 5) or Google Play (for Android version 4.0). Once the phone is connected to the vehicle’s dedicated USB port, the owner simply taps the InControl Apps icon on the central touchscreen and selects the desired vehicle-compatible app. This then allows owners access to a range of compatible Apps including Stitcher, Glympse, Sygic, Parkopedia, Hotelseeker, Cityseeker, Eventseeker, News on Board and MobileDay, the latter enabling one-touch access to voice conference calls without the need to dial a number, as well as satellite navigation, media streaming, internet radio and location services. Drivers will also have easy access to the connected smartphone’s contacts, calendar and music library.