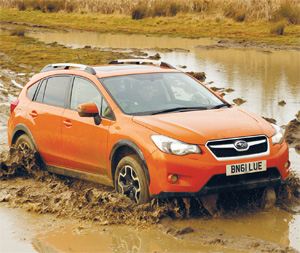 “A COMPLETE NIGHTMARE”, was the description of 2011, used by Subaru Managing Director, Darren James to describe the company’s vehicle sales. A total of only 2600 units were sold in the UK, which he explained was “nowhere near good enough”. The poor economic situation and the Japanese earthquake and tsunami took out the equivalent of five months’ sales.

For the small niche manufacturer, such a bad year could have been terminal, but for 2012 there is expectation of a far better year. And this is all because of the launch of the new Subaru XV crossover, an innovative new vehicle that is effectively “re-launching” Subaru in the UK. We have driven the XV, and were impressed (full report coming in May’s issue). Further new product from Subaru is expected later this year, including, we believe, a new, bigger, Forrester. More details next month.