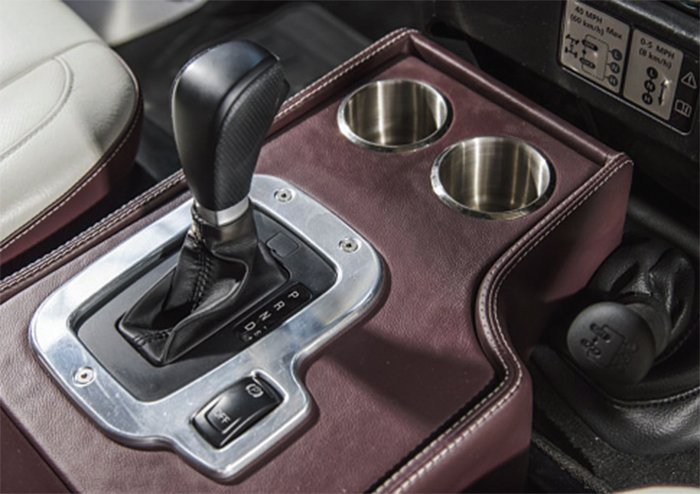 To learn more about the six-speed tiptronic gearbox and all JE’s work, go to: www.jemotorworks.co.uk

THE DEMISE OF series production for the Land Rover Defender seems to be a drawn out affair, with interesting new developments and special editions announced almost each month. This latest news is one of the most interesting, yet doesn’t come direct from JLR, but from Land Rover specialists JE MotorWorks.

The experienced engineering company has been modifying and tuning Land Rovers for some 40 years, but this has to be one of the most interesting developments, producing a six-speed tiptronic automatic gearbox for the Defender. The unit is a modifi ed Ford gearbox, currently found in the Mustang, Ranger and F150 pick-ups. The result, claims JE, is a gearbox, which improves a Defenders fuel consumption by up to 12 per cent, while offering signifi cantly better acceleration and drivability.

The conversion isn’t cheap at £8860 (plus VAT), but will be an ideal option for people looking for one of the JE MotorWorks performance Defenders from the Zulu range. The company has told 4×4 Magazine that there is now a demonstrator ready for customer drives, so if you are interested, you can try it for yourself. We certainly intend to!