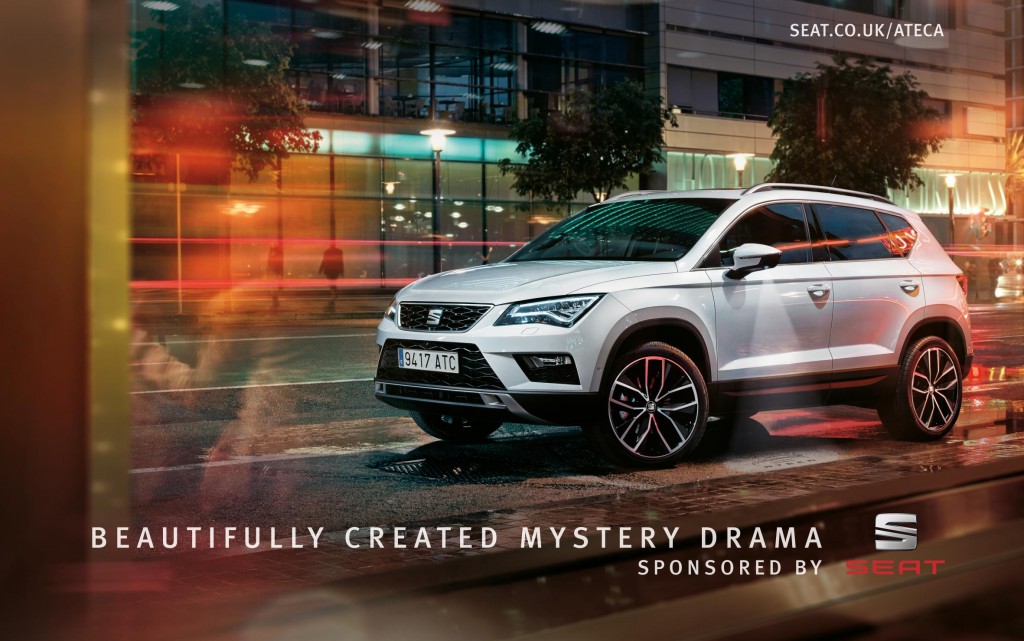 SEAT has announced a new partnership which will see the Barcelona-based car manufacturer become the sponsor of ITV’s mystery dramas for the next two years.

It is the first time that SEAT has sponsored programming on one of the UK’s best-known broadcasters, and will include prime-time dramas such as Vera and Broadchurch.

Andrew Tracey, Head of Marketing SEAT UK, said: “These are really exciting times for SEAT, with our largest ever product offensive, including the launch of our eagerly-awaited first SUV, Ateca, in September. So, it’s a great time for us to be investing in wide-reaching media, including one of the calibre of ITV.”

Bhav Chandrani, ITV Controller of Sponsorship Sales, added: “ITV has some fantastic mystery dramas coming up which are sure to keep viewers gripped. I’m really pleased to welcome SEAT as a new sponsor to ITV.”