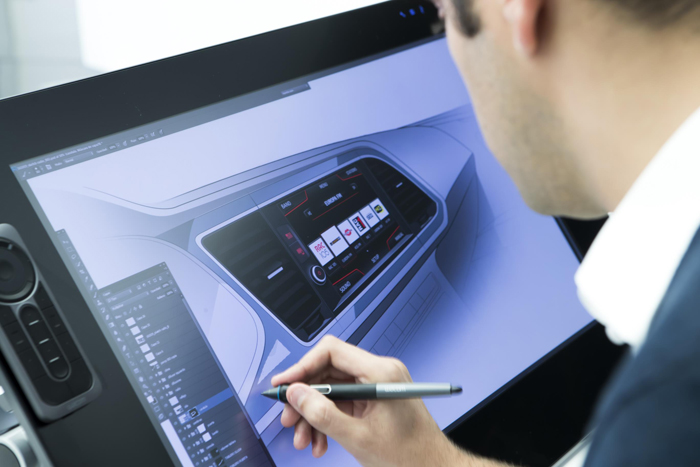 The surge of screens has revolutionised how the interior of a car is developed. Everything now depends on them to the point that “first we design the screen, then everything else” according to Jaume Sala, the head of Interior Design at SEAT, who also states that “we used to design the interior of the car and at the end look for a place to put the screen”. Now, however “everything revolves around it”.

More people at SEAT design screens than car exteriors due to the increasing impact of connectivity in the car industry. By the end of the year there will be 30 people in the company working in UX Design, the area responsible for the screens. Some of them are in charge of the interface, others deal with the apps just like on any other connectivity device, and a third and final group takes care of simulation and animations, and how they are displayed.

Designing the screen for a car is a very time-consuming job that takes a year and a half of work and 1,000 sketches. At SEAT, all the screens have one thing in common – they are placed at eye level and are angled towards the driver. The most recent design, on the new Leon, measures eight inches, about 20 centimetres, similar to a tablet. For this new model 3,000 icons and pictograms were designed.

In the last 15 years the evolution has been “incredible”. According to Sala, we have gone from “a simple radio that was removable to a full-fledged computer installed in the car” that is able to offer the same content as other devices, such as a tablet. And that, precisely, is what customers today are looking for.