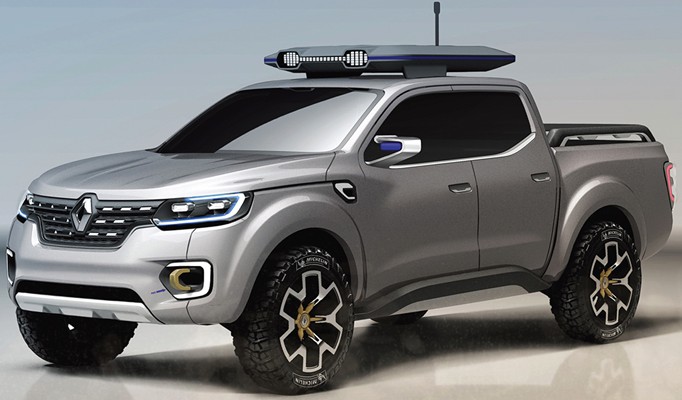 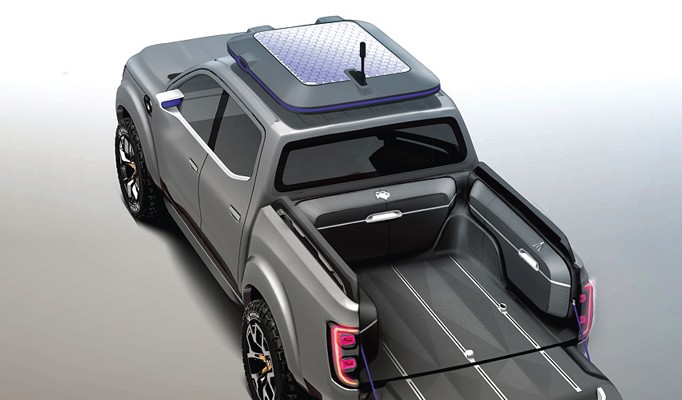 This funky new pick-up concept is the Alaskan, from what might appear to some, to be the unlikely manufacturer, Renault. A good mixture of butch and practical, the Alaskan would indeed appeal to the private owner and the working customer.

Does that sound a little familiar? Check out Renault’s new Alaskan with the new Nissan Navara; anything strike you as similar? Before you get any ideas that the French manufacturer has plagiarised the Japanese manufacturer’s latest design, it’s worth remembering that these days the global motor industry is a complex association of joint products and associations, and Nissan and Renault have worked together before with products like the Nissan Leak electric hatchback and the Renault Kangoo commercial van.

Although it was not announced with the Alaskan, it looks pretty obvious to us that should Renault put the Alaskan into production, then it will have an awful lot in common with the Nissan Navara. Indeed, on the Nissan stand at the recent Frankfurt Motor Show, the drivetrain display for the Navara was actually described as a Nissan-Renault Alliance. It was also interesting that the Renault Alaskan didn’t make it to Frankfurt, probably not to take any of the spotlight away from the excellent new Navara.

And there’s the rub really The new Navara is said to be directly targeting the private pick-up truck owner, with the new model bulging with all the specification that should appeal to private consumers, making it what Nissan have actually called, ‘a crossover pick-up’. However, the promotional blurb that comes with the Alaskan describes the concept as ‘designed for business, leisure and everyday use’.

While it has not been announced that the Alaskan, as shown here, will go into production, Renault has said that it will have a new pick-up ready in the first half of 2016. Surely, these two trucks will be aiming at exactly the same market? Add to this the possibility that Mercedes-Benz might also have an agreement with Nissan to produce a pick-up and it all gets very confusing! We certainly like the look of the Alaskan concept pictures shown here, and certainly all the technical details released about the Navara promises a great truck, so the future looks very interesting.

The pick-up sector of the commercial market is growing significantly and the fight for new owners looks like being intense – even among business partners. Great for the consumer, though!