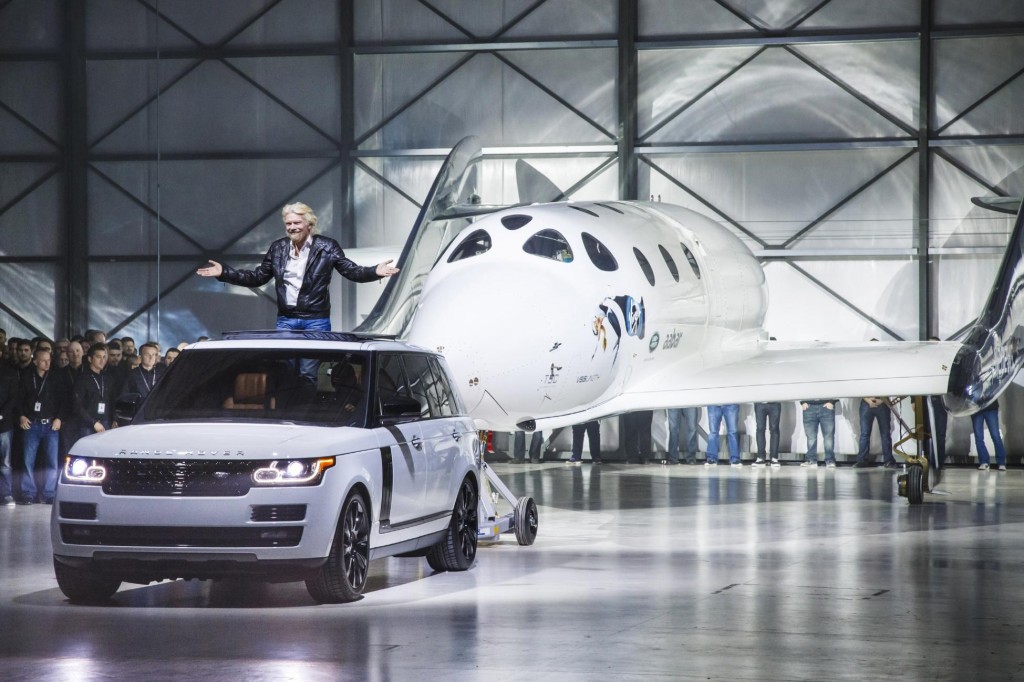 A Range Rover Autobiography took centre stage at the global reveal, towing out the new SpaceShipTwo – officially christened VSS Unity, –in front of the world’s media, special guests and a group of Virgin Galactic’s ‘Future Astronauts.’

Guests at the unveiling ceremony including Virgin Galactic’s stakeholders, VIP guests and Future Astronaut customers, watched on as Sir Richard arrived in the Range Rover and the new SpaceShipTwo made its global debut. The event also marked the special official naming moment of the new SpaceShipTwo, with Stephen Hawking announcing the name VSS Unity via a specially recorded message.

Announced in April 2014, the tow-out of VSS Unity by a Range Rover Autobiography marks the latest milestone in the partnership between the two brands; a partnership based around a strong British heritage and a true spirit of adventure, but underpinned by a desire to push the boundaries of technical innovation.

A fleet of Land Rover vehicles currently provides valuable support for the Virgin Galactic team at its base in Mojave, and will be an important part of its commercial operations  for future astronauts at Spaceport America in New Mexico