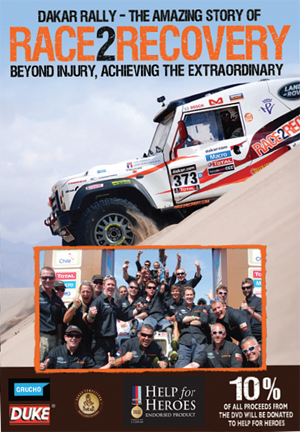 The story from 2013 of the injured British servicemen competing on the Dakar Rally is now available on DVD. The team competed in four Land Rover Wildcats, and while the aim to get all vehicles to the finish was not a success, the overall result certainly was and it makes excellent viewing. The DVD is produced by Gaucho Productions and directed by award winning director Tim Pritchard (he filmed Ross Kemp on Gangs), and is available now from www.dukevideo.com for £14.99 – with 10 per cent of all DVD sales being donated to Help for Heroes. You can also buy or rent the documentary from iTunes.

We will have a full report on the Dakar in our March 2014 issue.