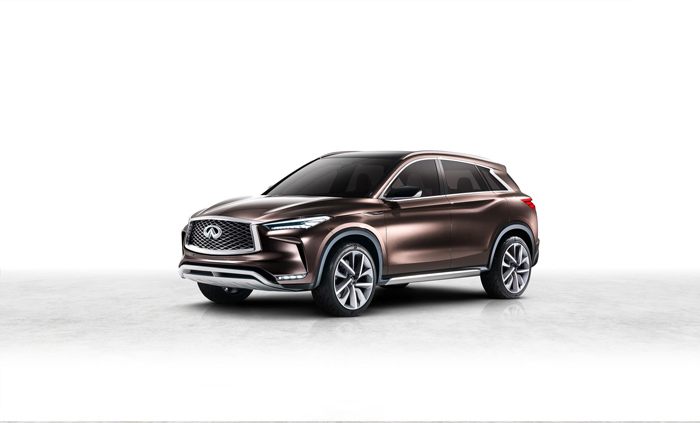 Demonstrating how the design of the 2016 QX Sport Inspiration, its conceptual forebear, could be adapted for a future production model, the QX50 Concept confidently articulates INFINITI’s ‘Powerful Elegance’ design language. A ‘cabin-forward’ silhouette combines with muscular lines and flowing surfaces to telegraph its purpose as a dynamic and practical SUV.