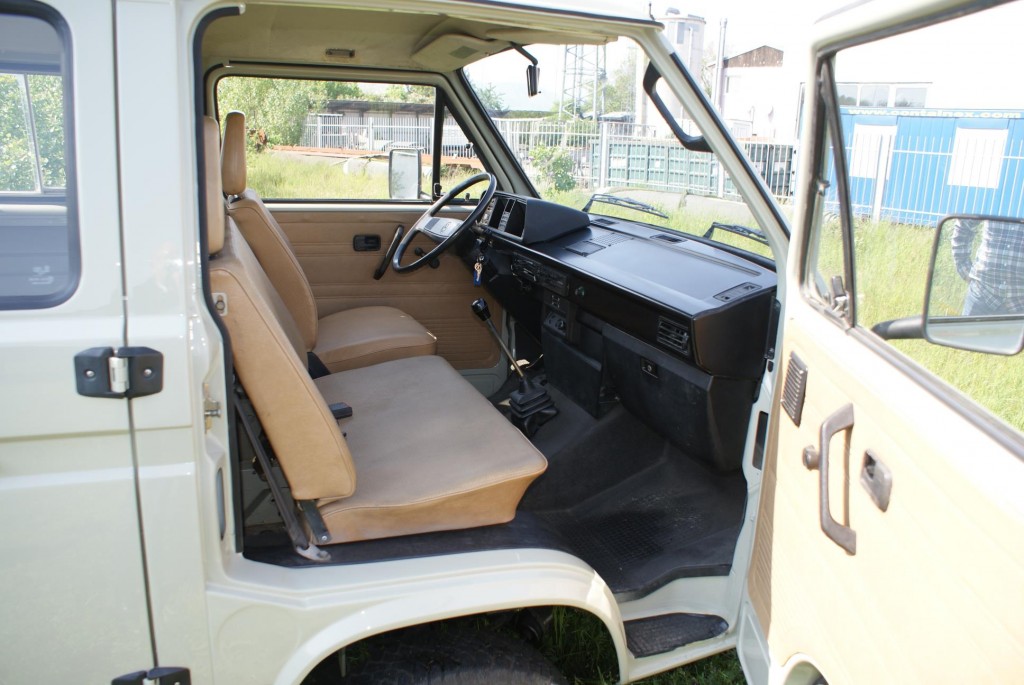 An unusual Volkswagen pick-up truck, which belonged to a member of the world famous Porsche family and designer of the iconic 911, will be auctioned by Silverstone Auctions at The Classic Race Aarhus motorsport festival in Denmark, on 28th and 29th May.

This 1989 Volkswagen T3 double cab pick-up truck was owned by Ferdinand Alexander Porsche, also known as “Butzi”, the son of “Ferry”, and grandson of Ferdinand Porsche, founder of Porsche and Volkswagen and creator of the VW Beetle.

After it was decided to change the Porsche legal structure and to keep the family out of its management, Ferdinand Alexander went on to found his own company, the Porsche Design Studio in 1972. Initially based in Stuttgart, the company was later moved to Zell am See, Austria, close to the Porsche family estate, Schüttgut. It was for use at this company that “Butzi” bought the T3 Doka pick-up. Purchased on 12th December 1989, the truck was used on the estate for various purposes in the daily running of the business.

The truck was purchased by the current vendor, a Porsche racing driver with long-standing links with the Porsche family, in 2014. After a bare metal restoration process of over 700 hours carried out at his Porsche racing garage, the truck presents today in superb condition. With a total of 141,000 kilometres recorded, and supporting paperwork clearly listing Ferdinand Alexander Porsche as the first owner, the truck will be offered at auction with an estimate of between €60,000 and €80,000.

Speaking ahead of the sale, Nick Whale, managing director of Silverstone Auctions, commented, “The Porsche family is automotive royalty and it’s an honour to have a vehicle in our auction with the distinction of being one of the few cars registered privately in the Porsche family name. This is a superb opportunity to add a quirky and historically significant vehicle to an ultimate Porsche collection.”

The youngest in the lineage of Porsche family engineers, Ferdinand Alexander, affectionately nicknamed “Butzi”, meaning ‘baby’ in German, was chief designer of the styling department at Porsche. He played a fundamental roll in the design of the iconic Porsche 911, as well as the 904 and 914, establishing a design culture that continues to shape the manufacturers sports cars to this very day.