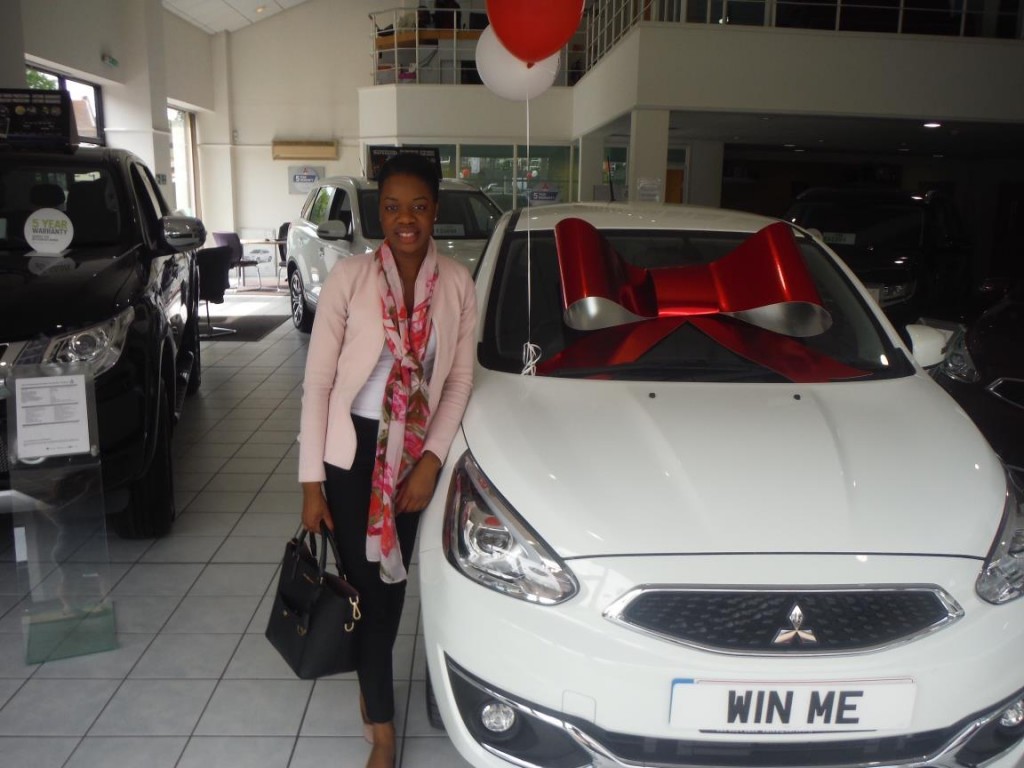 Oyinnoyi Onozutu at North City Autos in Chingford with her new Mitsubishi Mirage, won in a competition with CarTakeBack.com

A female motorist from Essex has become the proud owner of a new Mitsubishi Mirage after she recycled her 17-year-old car.

Oyinnoyi Onozutu, who lives in Chigwell, was entered into a competition when she scrapped her old car with CarTakeBack.com – Mitsubishi Motors in the UK’s official car-recycling partner.

People who scrapped their car through CarTakeBack.com had the chance to win a new Mitsubishi, and the 28-year-old was presented with her Mirage at North City Autos in Chingford.

She said: ‘The freedom to get around again and no more old car woes that I had been experiencing is wonderful. It was like one thing after the other was failing.

‘Thank you CarTakeBack for the best gift ever! I have never won anything like this. The car is such a blessing!’

Nilesh Pindolia, sales executive at North City Autos, said: ‘We’re delighted to hear how pleased Oyinnoyi is with her new Mitsubishi Mirage. It’s a great little car with lots of new features and technology, so we hope she will have a lot of enjoyment when driving it.’

Alison Price of CarTakeBack, who made the presentation, said: ‘This is the 10th prize car we’ve given away but it never gets old seeing the look on the winner’s face when they see their shiny new car for the first time!’